On the Hunt, Episode VII: Planetfall!

SITREP
Scanners on the Alliance Troopships show that the Nazi presence on Haussen is concentrated in two underground complexes near the equator.  The plan is to land an assault force on LZ Seneca and advance up the road network to gain access to the complexes.  A second landing LZ Delaware, will contain more mobile forces that will move to surround the Nazi complexes and prevent escape. 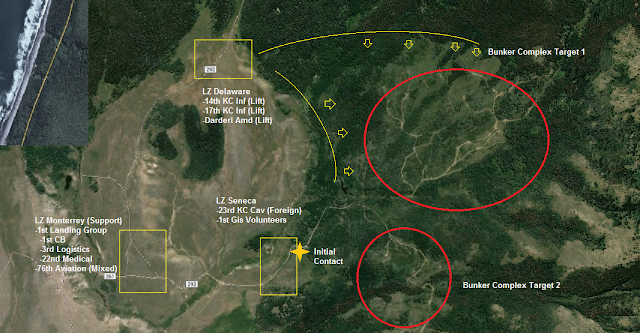 The Battle
Unfortunately, LZ Seneca was too far forward and was in range of an undetected Nazi AA battery and defense line. The Gis transport was shot down on the eastern edge.  The Alliance troops were engaged before they even debarked and the assault began as a confused mess. 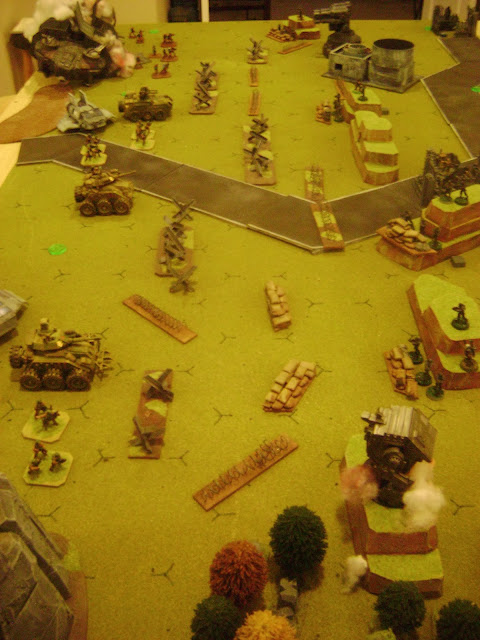 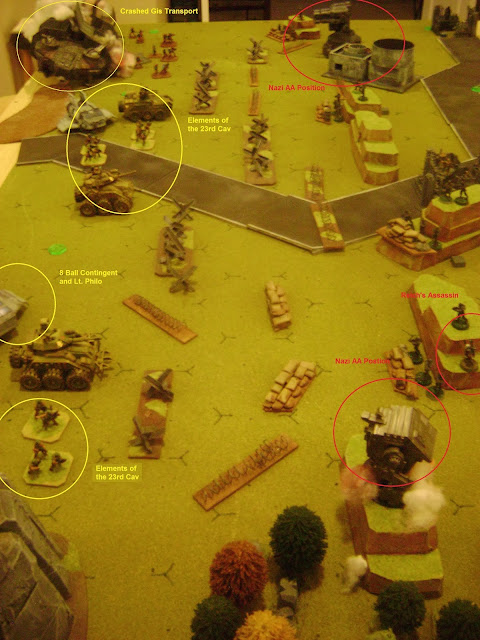 The Gis were mauled by direct fire from the Heavy AA emplacement as they struggle to get clear of the wreck of their transport. 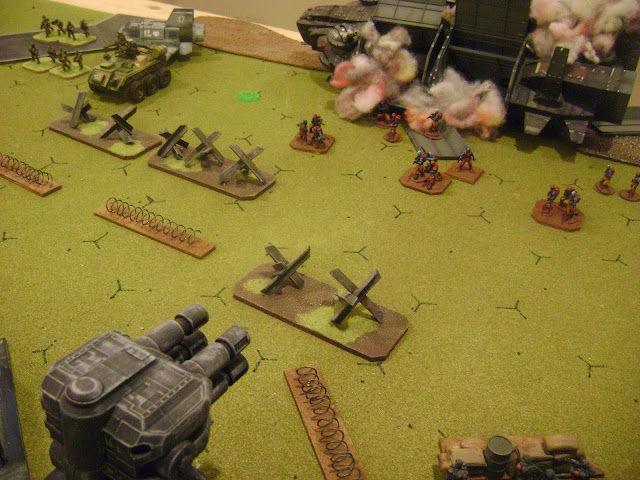 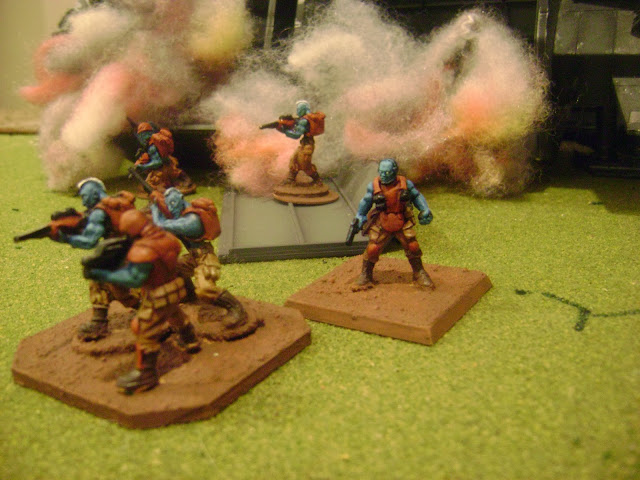 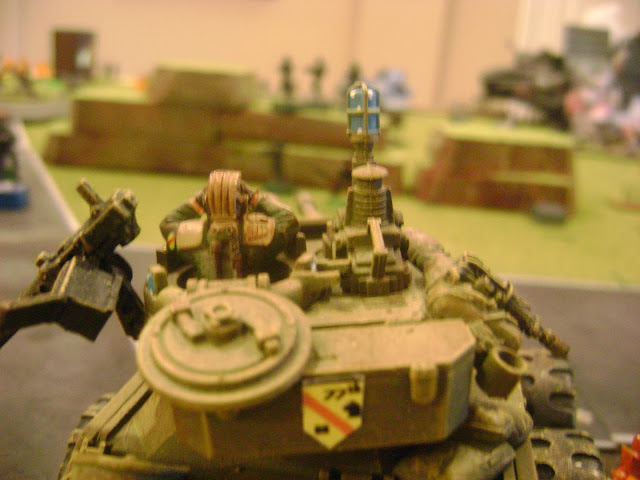 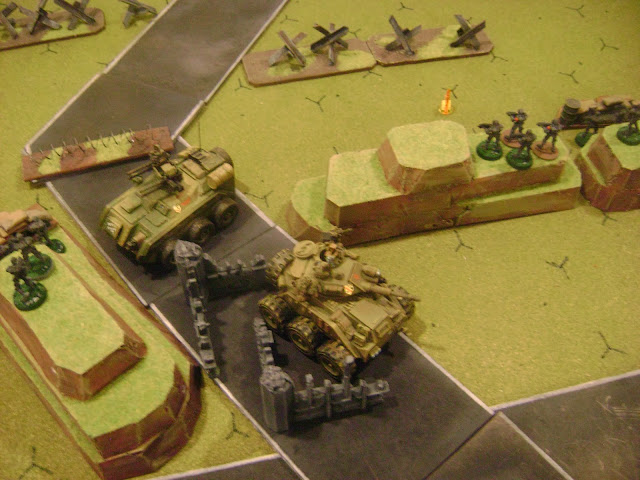 But as bad a the disaster is with the Gis, it is just as bad on the south edge. After blasting the invaders, the Reich's Assassin counter-attacks 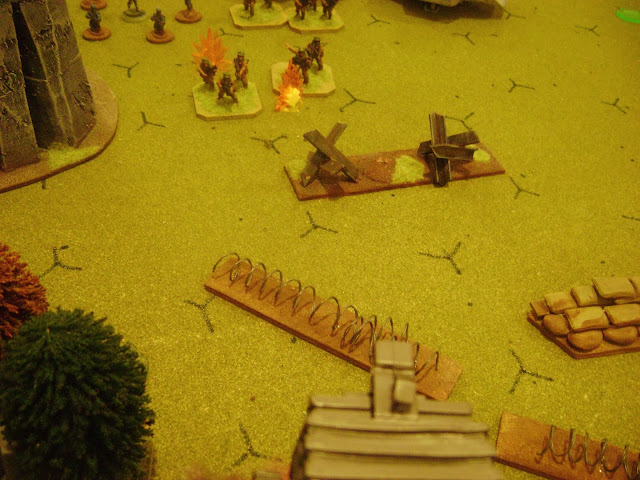 Heavy fire from Lt. Philo and a squad from 8 Ball drive the Nazi's back to their positions 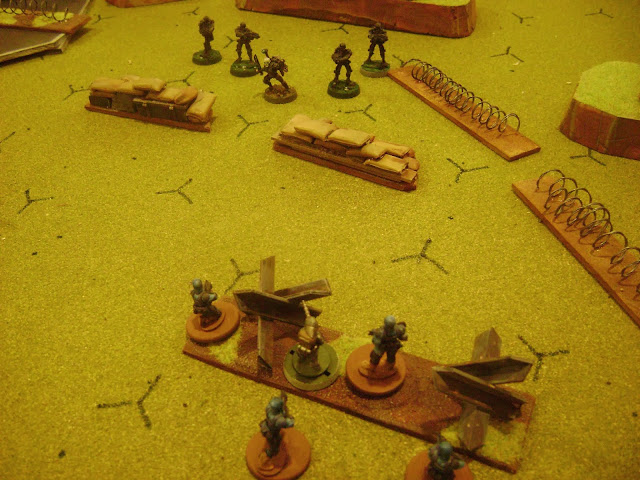 But it's not enough, and after taking massive casualties Lt. Philo leads the survivors to safety. 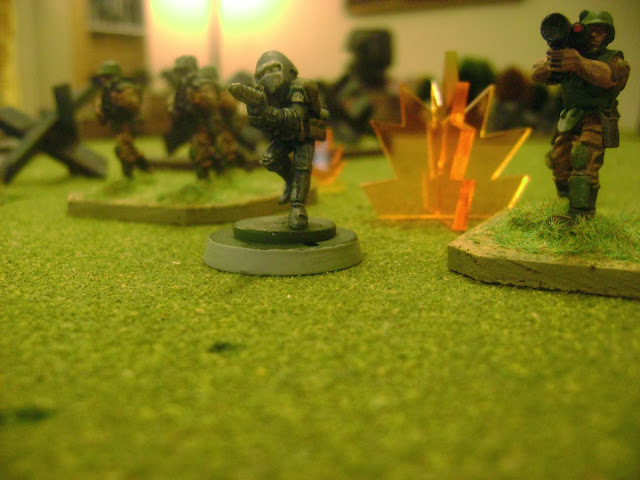 Aftermath
The 1st Gis Volunteers and 3rd Sqn of the 23rd Cav are trashed.
LZ Seneca is contested and cannot land any more ships.  Reinforcements and supplies have to be brought in from the reserve LZ Monterrey.

And worse, Nazi starships have been detected inbound...

The operation hangs in the balance.