The Ophelian Empire
Known colloquially as "the Empire", it spans thousands of planets and hundreds of races.  The Ophelian Empire is the dominant power in this region of the galaxy.  It is ancient, sclerotic and feudal in nature.  In an analysis of its political life cycle, the Empire is no longer growing, and despite massive military forces,  is considered almost incapable of a major military effort.  Internal political inertia absorbs most of its energy.

Relevant to our story, the Empire regards Sector Six as a hopeless backwater. Given their druthers, the Imperial government would be done with the wretched place. However, Imperial Citizens continue to have local interests, and standards must be maintained, so the Empire reluctantly provides the presence of a Sub-Ambassador and a few naval/military bases. Although even these minimal units could materially crush any local power (the modern earth comparison would be similar to the recent Russia vs. Georgia fracas), whether they posses the will to even bother is an open question.

The Rhodian Co-Prosperity Sphere
Second only to the Ophelian Empire in size and influence. It is young, dynamic and clearly in its ascendancy. Although led by the Rhodian race, it is an inclusive nation, semi-republic in governance and many races hold important positions in the hierarchy. It is a unified power, but not a unified culture.  Most races maintain a great deal of autonomy and the ruling body is split between multiple factions and across racial lines.

The Rhodians and their interests are just beginning to encroach on the Sector.  Policy is split between two factions.  The D'Kal are open and commercial and seek to grow the Sphere through trade and the creation of common interests.  The T'Gai are more political and militaristic.

The Fourth Reich
Near the end of WWII, thousands of the "master race" were transported through a portal to Sektor Sechs. Out of desperation and through their own disposition they became essentially planet pirates. Universally despised and hunted, the Nazi's fight everyone and everything.  Their settlements are well hidden, and the only time the descendants of Hitler's plan are seen is when their ships emerge from deep space to raid and destroy.

The Kingdom of Colores
The protagonists of our little drama in Sector Six.  Settle in, this will take awhile.

In 1865 a number of European and north American malcontents created a small international scientific society called the Kingdom of Colores.  Its basic tenets were not very clear other than the general promotion of scientific inquiry and a vague dissatisfaction with the direction of society and government in general.  The Society quietly began pooling money and resources, and by 1870 had accumulated enough capital to charter 4 ships and relocate all their members and families to a small unnamed and unclaimed island in the southeastern Caribbean. Upon arrival they named the place "Venture Island" and declared the founding of the Kingdom.  Its income was exclusively from the licensing of a few patents held by its citizens and the only item of significance was the Kingdom's high ratio of scientists to its general population.  Commercial trade was a blip and the armed forces were a couple hundred citizens and 2 lightly armed cutters to discourage pirates. The postage stamp country was ignored for its first 70 years.

“Nazis, why is it always Nazis?”
After the Nazi rise to power in Germany, it is well known and documented that Hitler and his Ministers jumped off in pursuit of every hare-brained scientific and occult scheme imaginable.  One branch of this led to the construction of a secret scientific facility in Antarctica whose mission was to discover the secrets of teleportation.  During one of the final experiments an explosion killed all of the leading scientists, but opened a portal to another location 283 light years away. The portal was self sustaining, two way, and an opened on a semi-habitable world.  It was a miracle of technological happenstance.

Even before end of the Third Reich became obvious and inevitable, the Nazi’s began pushing soldiers, settlers, and material through the portal to what they believed was the natural next step of empire.  From the destination, work was restarted on the portal project.  Nazis dream big.  The goal this time was projection from anywhere to anywhere in the Galaxy.  Fortunately, for the free world, the British had long before broken even the most secret of Nazi codes and knew something was afoot.  And while the Germans were careful and were able to conceal the location of the portal on Earth, they could not conceal its existence. The Allies were on the case.

Someone from the OSS remembered an article from a science journal that discussed the mathematics of teleportation theory.  Tracking down the author led them to Professor Applebeck from the Venture Island Scientific Institute of Theoretical Physics and the Royal Astronomy Foundation.  Representatives from England and the US visited the Professor with the unambitious intent of getting his opinion whether the portal was possible or an elaborate hoax.  Instead, the Representatives were astounded by what they encountered.  The Kingdom of Colores was nothing less than a vast scientific complex, a whole society of prodigious innovators and business geniuses devoted to the commercial exploitation of patents resulting from research.  While Prof Applebeck disabused his guests of the notion that he was anywhere close to making teleportation a reality, and it was really just a side hobby anyway, it was obvious that he was beyond anyone else in understanding the challenge.  Colores negotiators made the modest proposal that in exchange for scientific assistance, IF the portal worked, any territory on the other side of the portal should be given to the Kingdom. Assuming what was on the other side was probably about as habitable as the moon and full of genocidal Nazis, the Allies readily agreed and the deal was struck. Colores was all in for the cause to unravel the Nazi scheme.

In 1943 a real breakthrough occurred for the Allies with the capture of a U-boat in transit to the teleportation facility.  The U-boat had whole family groups as passengers, and while the Captain was ignorant of any details other than the location of the Antarctic base, he did divulge that it was simply a waystation to a final refuge.

Nazis keep great records, so analyses were quickly assembled to ascertain how many Nazis had passed through, and what was the real scope of the mystery.  The many discrepancies between casualty records and prisoner reports from the North African theater alone made it clear that several hundred thousand Nazis had escaped through the portal already.

A campaign was mounted and the Antarctic Base was captured.

After a few short studies of the portal, the Allies chased the Nazis through the portal, and while the Nazi's were already gone, it was quickly discovered that the system sits in a balkanized frontier comprised of hundreds star systems.  From records culled from abandoned German equipment, the first designation for the place was rather unimaginatively named "Sector Six".  Somehow, the name stuck. It resides on the edges of 2 major empires, with a plethora of species (including Humans!), smaller and larger independent nations, client states, extra-national corporate settlements, pirate kingdoms, exotic life forms and 189 earthlike planets. Since the Nazis came through first and immediately atrocitied everybeing in sight, then captured some starships and attempted to atrocity everybeing they could reach, Earthlings were viewed as a true menace to civilized society, thankfully limited by being too technologically backward to cause much damage.

For the past 65 years the Kingdom of Colores has been slowly and carefully establishing an earthling presence in Sector Six.  Overcoming the locals anger of the initial encounter with the Nazi's and convincing anybeing that not all earthlings were cut from the same cloth (while learning the local languages) took decades.  Proportionally, aquiring technology to catch-up with the neighborhood has been a hard process.  Still behind, still small, our story begins when the KC has reached a critical point and is finally able to exert itself in the sector. 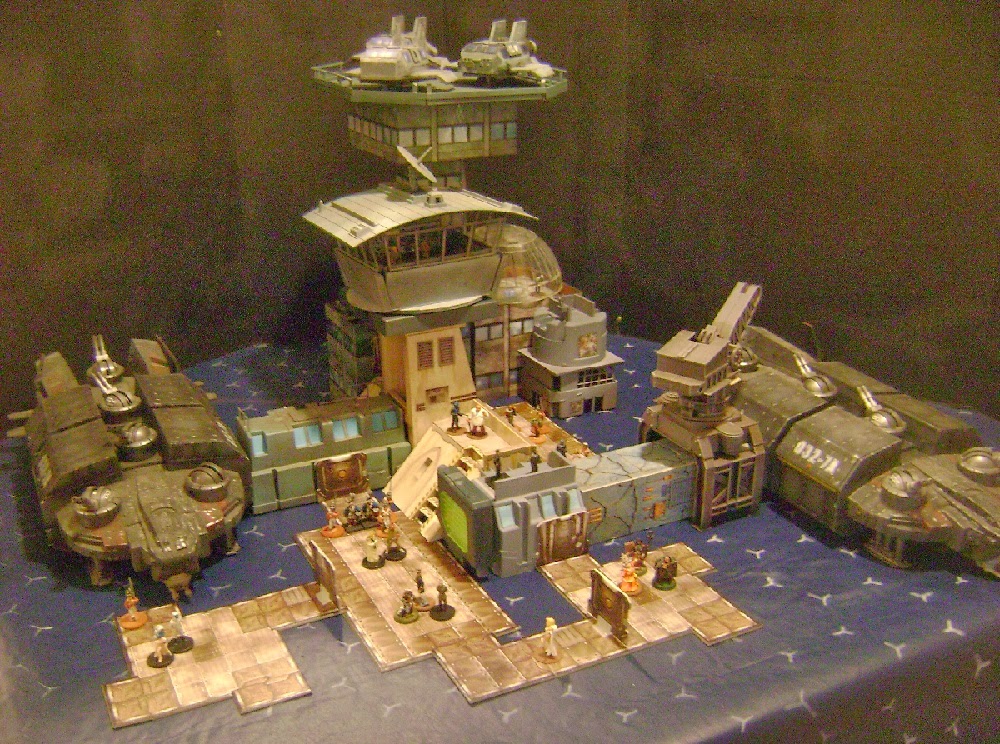 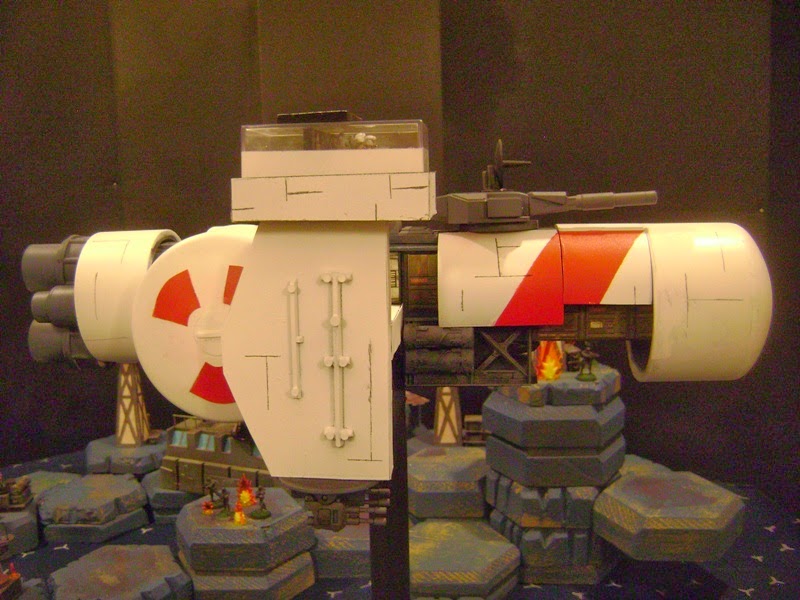 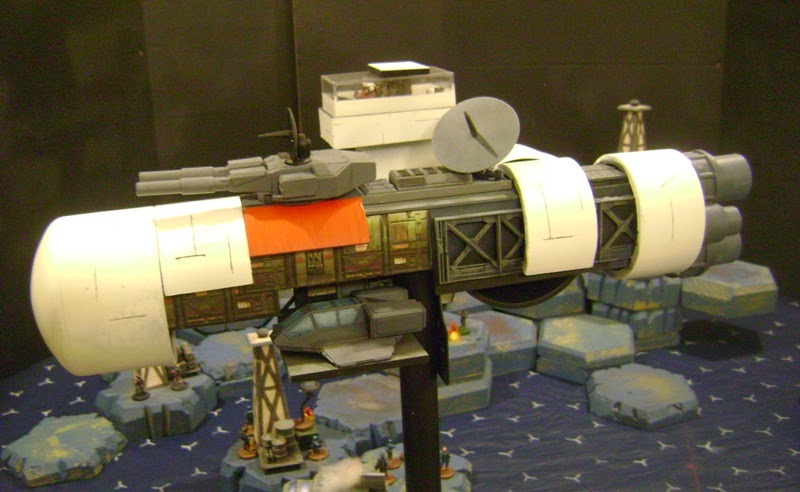