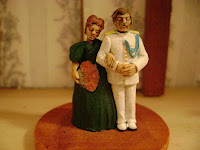 Governor General
Jehu (Hugh) Blanche-Andres
and Lady Melinde
GovGen Andres is the senior official for the Kingdom of Colores in Sector Six.  Genial and polite he is mostly regarded as being in way over his head. The most plausible theory holds that Colores affairs are only held together by the political acumen of his wife, Melinde.

Major D. Guiscard
Belgian SOF who ended up passing through the wormhole one step ahead of the Gendarme.  If the stories are to be believed, he has found employment the entire width and breadth of Sector Six. Interestingly, the Kingdom of Colores always seems to benefit. 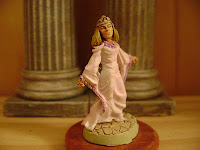 Princess Sophie Blanche-Andres
The personality of Sector-Six, the Princess is very popular and regarded as the goodwill ambassador.  However, there could be more than meets the eye... 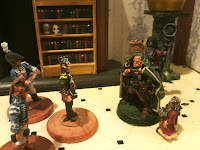 Sub-Ambassador Sulla Tigh
The official Ophelian Empire Representative in Sector Six.  He is outwardly arrogant and condescending, but sincerely works for better outcomes in the sector. He is the archetype of a put upon and long suffering imperial servant in a time of decline, but does manage to produce results with the poor tools at hand. 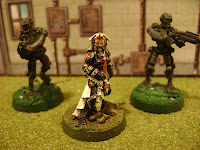 Baroness Dagmara Niehoff
One of the Reich's most dangerous commanders. Ruthless and ambitious she will eliminate any opposition, friend or foe. She was the Commander of the infamous Ocrade Raid that destroyed an Imperial Colony run by the Nusland Corp. 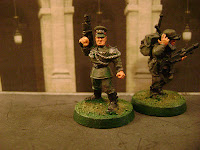 Colonel Johann Paulus
Competent and cool under fire. He is Commander of a special team of Reichs operatives currently deployed near Sachines. 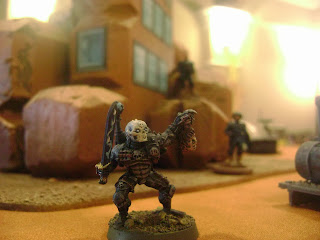 Reich's Assassin
Biologically enhanced beyond all recognition, these mythical killing machines are feared even beyond Sector Six.  They are rapacious human(ish) weapons and are so consumed by homicidal rage they must be kept in cryo-sleep when not actively on a mission.