So for this Episode, we'll start with the "behind the scenes" stuff first.
My son and I played Scenario 15, "Fortified Defense" from One Hour Wargames by Neil Thomas. Unlike the last scenario, "FD" is full of tactical choices. In addition to having to capture 2 objectives, the attacker can choose to essentially hit reset and start his force over from the baseline anytime during the game.

The column was intercepted by a small unit of Reich's infantry.  The Reich force was swept aside and fell back to a copse of the native gargantuan trees where they dug in to await reinforcements.  Rather than leave an enemy force behind him, Cpt. Merrill decided to press the attack. 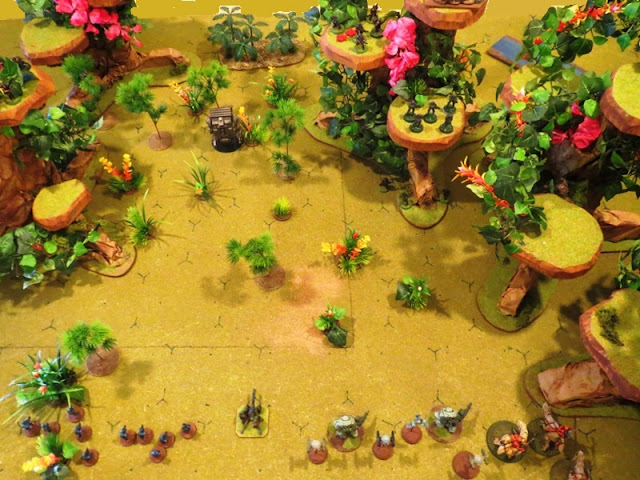 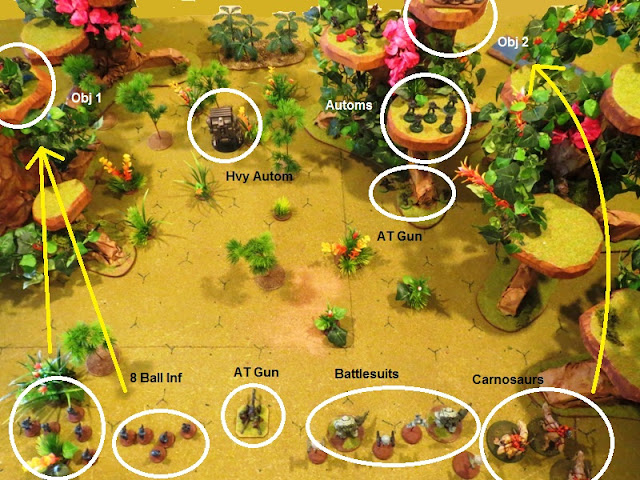 The Reich is dug in at the top of the trees to the south. Cpt Merrill is leading the first echelon to the attack. Following behind is a second, identical echelon that can be committed to the attack if needed.

Fourth Reich
On the Objectives:
2 Infantry Squads with Heavy Weapons (Dug In and Hidden) 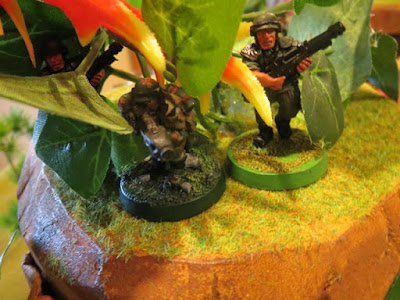 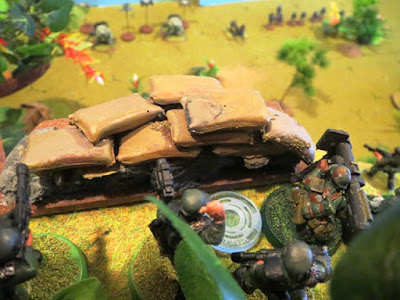 The Battle
The KC Battlesuits opened fire on the enemy near the objective, while the Carnosaurs began moving through the trees on the right flank. 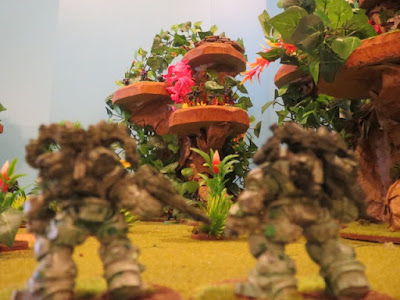 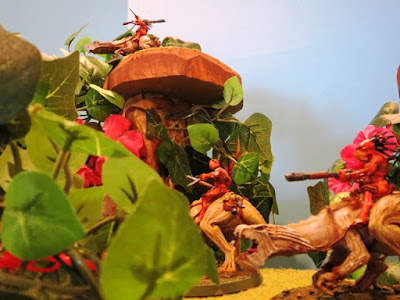 On the left flank, the 8 Ball infantry moved rapidly to the 1st objective, but took heavy casualties while they were exposed in the open from the heavy Autom. 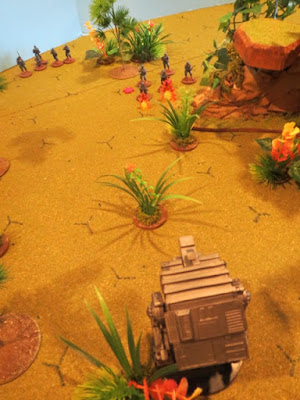 They moved into some dead ground and spent the next few minutes regrouping.

Meanwhile, the Carnosaurs continued to pick their way unobserved on the right 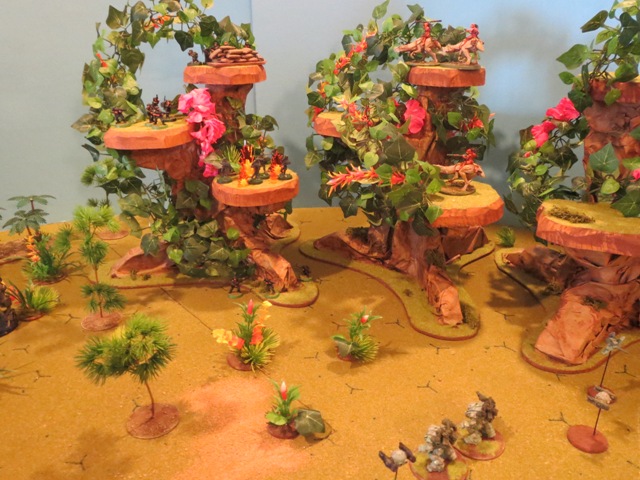 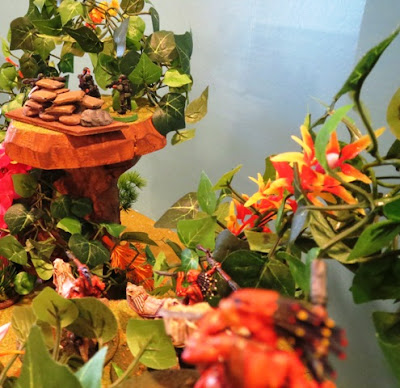 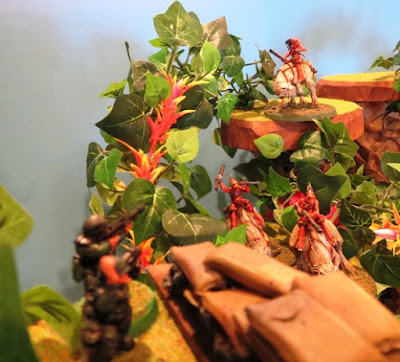 Cpt Merrill and the 2nd Battlesuit exchanged fire with the heavy Autom in the center. Cpt. Merril's shields flared from hits and pushed to their maximum. 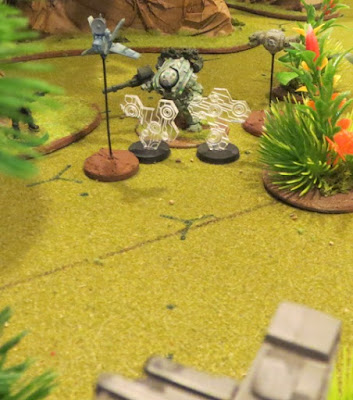 ... and the last thing seen by the Nazi's occupying Objective 2 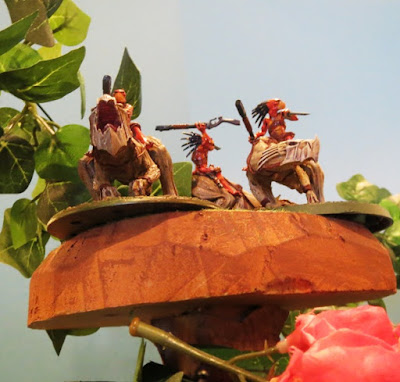 The final push came from the 8 Ball infantry on Objective 1... 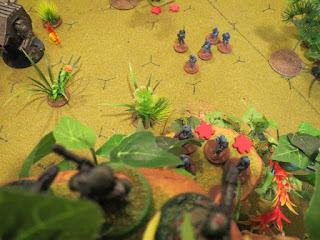 ...after taking 50% casualties, the Nazi's were run off the top. 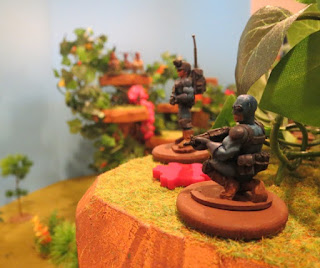 Aftermath
The KC forces won a decisive victory. They took both objectives, and didn't even have to engage the second echelon.  There is one more group moving to the rally point,
__________________________________________________________________
Hello Readers,
This scenario was unexpectedly one sided. All the dice rolls went my son's way.  His troops just rolled over everything. But the Carnosaur charge was outstandingly cinematic.  They moved through the trees, hiding from fire and unleashing a "max roll" assault right into the far objective.  Even though I was on the receiving end, it did look cool.

Next up, for the final scenario from One-Hour Wargames, is Scenario 13: Escape.

The winner of 2 out of 3 of these scenario's will have the advantage in the climactic "big battle" to tie up the campaign.