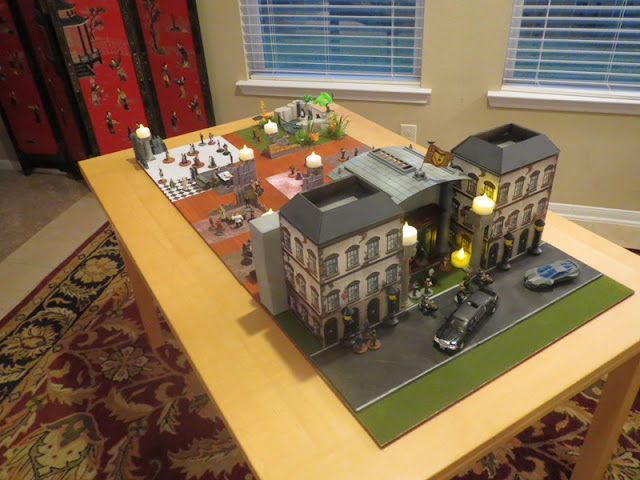 Maj Guiscard
"Governor, we have intercepted communications that there is a plot to assassinate you on the night of the ball. I suggest we cancel."
Governor General
"Good God man! After both the wife and the Princess have bought their dresses?!!!???
Can you imagine life in this house if I cancelled the Ball now?"
Guiscard
"I see your point Governor."
Gov Gen
"Damn straight! A bullet would be preferable. The party is on!
Smithers, more whiskey"
THE BALL 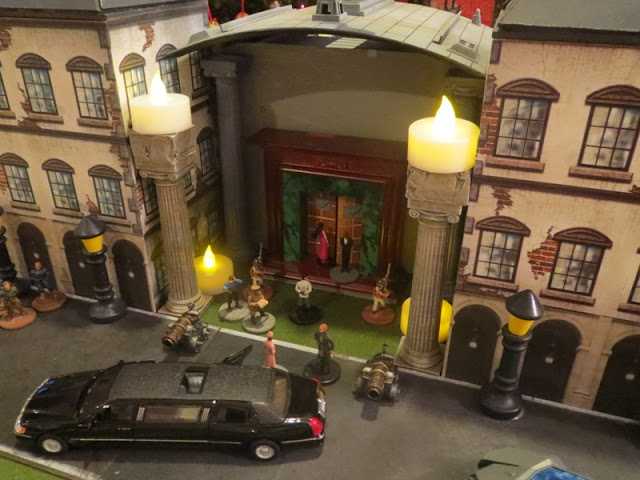 News Reporter
"This is KPRZ News Reporter Dominique Sockza, outside the Governor-General's Mansion covering the event of the year, Princess Sophie's Holiday Ball.

Most of the young ladies who received one of the few highly coveted invites to this very exclusive evening are already inside. This is not the event to arrive fashionably late. As you can see heiresses Lydie and Kydie Laborde are arriving in their very stylish, brand new Hawker Tucano Aircar. 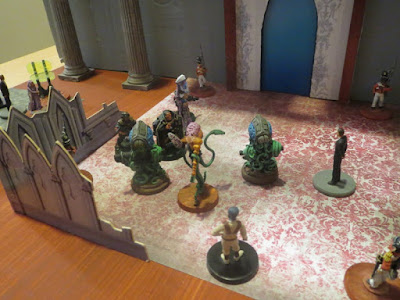 ...and just moments ago , the Telebrainian delegation arrived. Even more surprisingly, the Ambassador himself was leading the way.
Never appearing at public events, the Telebrainians are notoriously reclusive. This little bit of diplomacy has to be the work of the Governess. Her charm and grace are the only things that could overcome the Gov-Gen's obviou..........well, let's just say it's lucky that we have his wife and daughter.

Security is tight, and everything looks under control for everyone to have a great time." 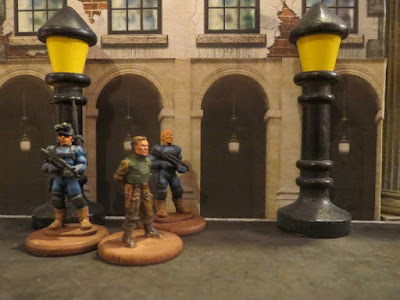 Princess Sophie
"Everything is out of control.

There is an assassin somewhere among the guests."
Lydie Laborde
"We are NOT going to let that fly."
Sophie
"Absolutely! The game's afoot!
If we let the security agents do this, they will cause a scene and ruin the Ball.
WE have to find this assassin."
The ladies spread out and begin to look for clues as the Governor-General and the Governess circulate among the guests. 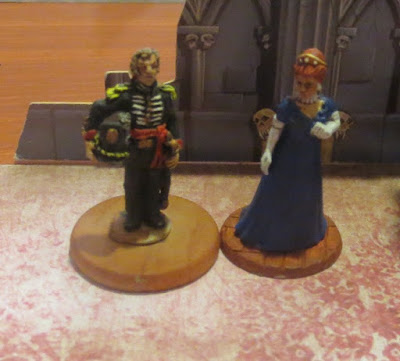 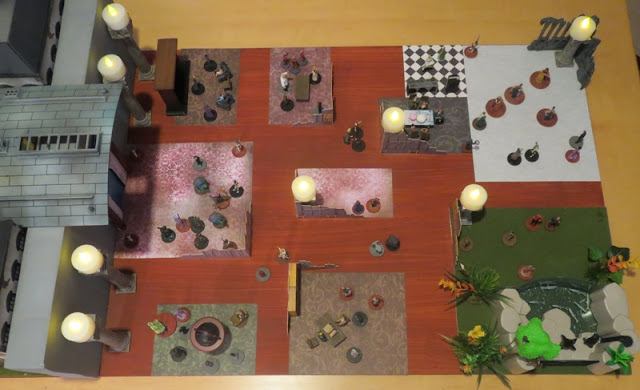 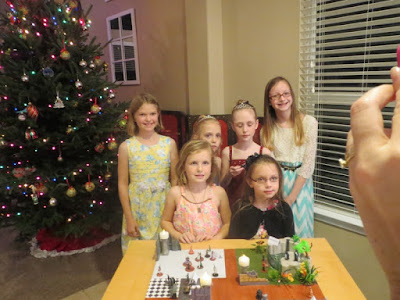 It was an absurdly cute evening. They played a straight up game of Clue (Cluedo, for the non-'Muricans :) ). The only adjustment I made, was that I set the stage as a cooperative effort.  They had to unmask the assassin working against the clock, and the limited communication (and limited cooperation) was because they needed to maintain their cover and not give away to the bad guy / girl that they were looking for them.
...and afterward, much like the storyline, the young ladies just continued on and played with the table in their own way. 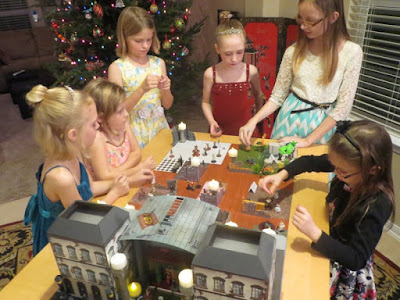 At the end of the evening, after the cupcakes (there must always be cupcakes) each one of the girls got to keep the miniature they used in the game.
It was a great night, and several of the girls want to come back over soon and play a game where "they get to blow stuff up" (OUTSTANDING!)
CREDITS:
The Girls ; Old Glory miniatures, Civil War Civilian set
The Hawker Tucano Aircar: Antenociti's Workshop, this re-release has a new name for Infinity, but I like the old Hawker Tucano designation
The Telebrainian Ambassador is a Bomshell Mini, Counterblast Edo Prime Leader and his bodyguards are Telebrainians from Ramshackle Games
The tea lights were an impulse buy off of Amazon. I don't remember the details.
If there was anything else I can elaborate about, just let me know.