Cheetor (Link: HERE) and the other guys over at the Scale Creep blog (Link: HERE) are doing Cadian themed posts to go along with the destruction of Cadia in the 40k timeline.

As a show of oldhammer solidarity (is that a thing?), I called out all of my painted Cadians to the parade ground.

I present the 8th Jump Regiment in formation during a memorial service for their destroyed homeworld.

I've had a whole lot of officers command portions of this army in games, but its original (and current) overall Commander is this really vintage figure. The "old man" General Jonah Stanislaw 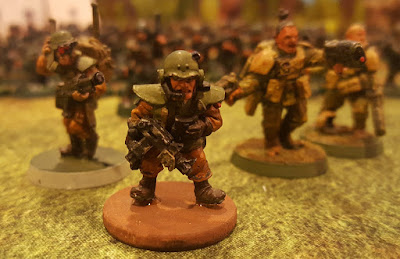 I have been painting them every now and then since they came out, and I painted these just a couple of weeks ago. 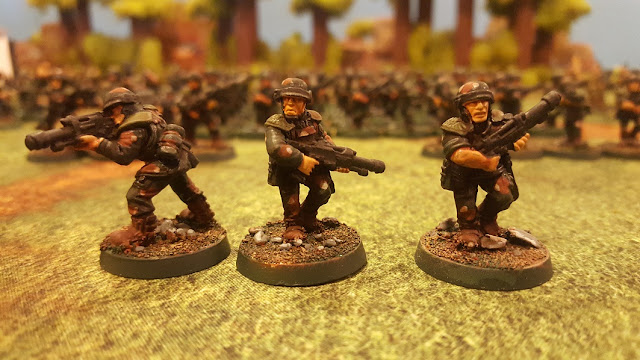 I have probably 100 metal Cadians still to paint.
(Sad, I know)