Trade War, Ep. 3: We Start the War from Here 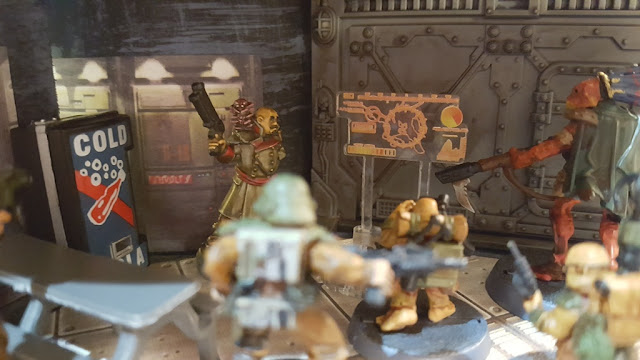 John “Hannibal” Smith briefs his team.
They have been hired by the Timtai Trading League and issued a Letter of Marque to wage war upon the Voltanis Tigris Mercantile Guild. 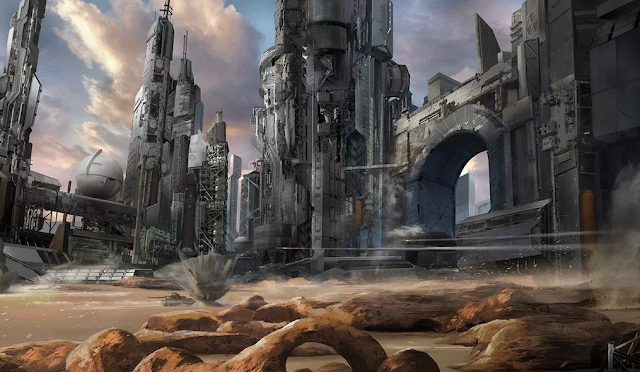 Hannibal has selected the first target. An abandoned VT facility. Like many huge corporations, the Voltanis Tigris find it impossible to keep the lower level people vigilant about security. 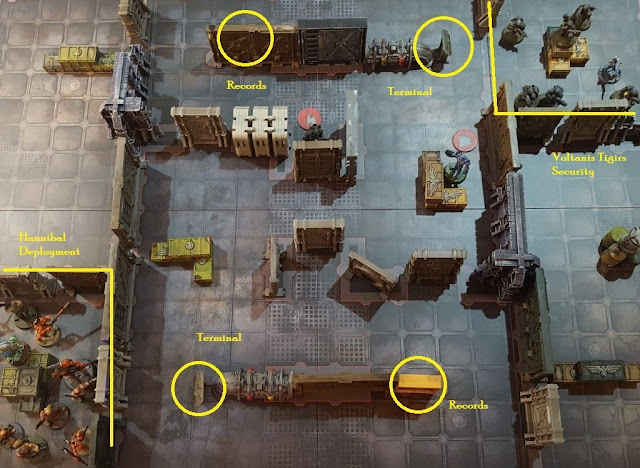 Many company records have yet to be removed from the buildings, and there are terminals still hooked to the internal company network. From there, the Hannibal's unit can develop a list of high value targets and do some real damage.

Unfortunately, a Voltanis security team from the central facility has detected their entry.
...and so the action begins... 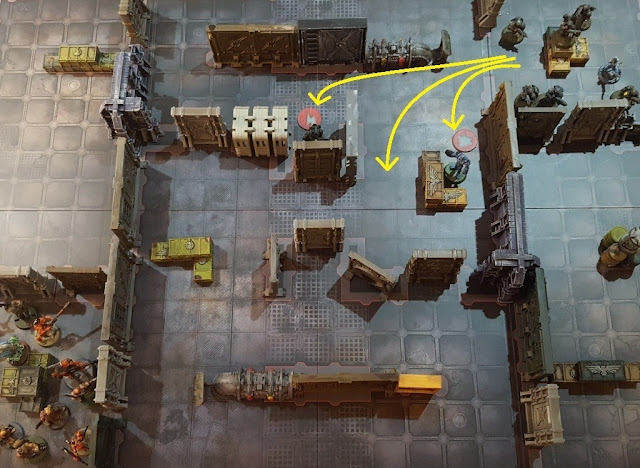 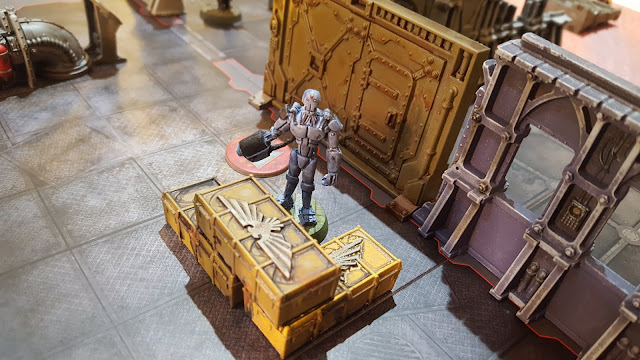 Team 442 hits the facility on the bounce and gets to the main corridor first, and sets up a firing lane. 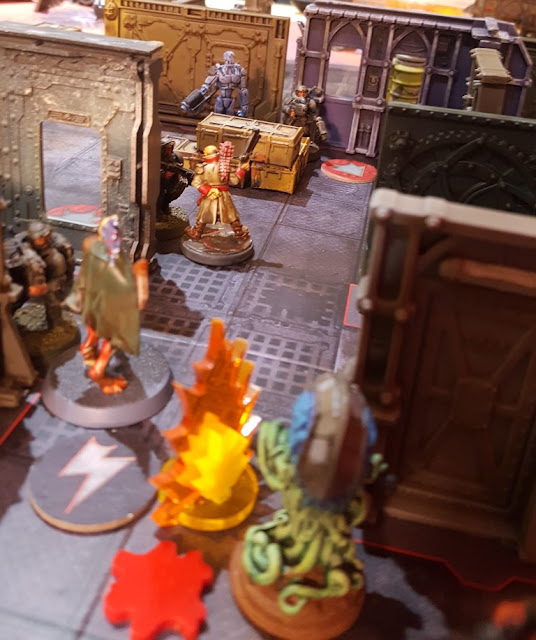 The Harriers try a counter rush and a general melee breaks out.. 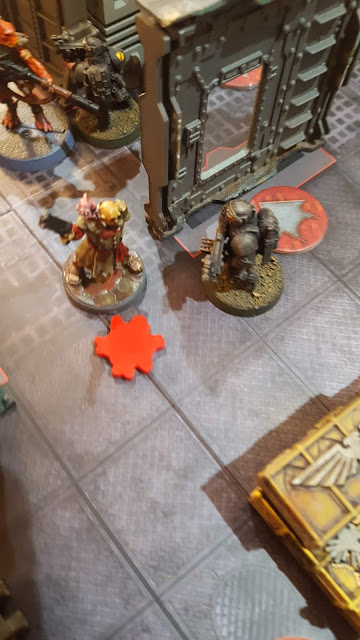 Hannibal gets winged on approach by a alert security agent on overwatch... 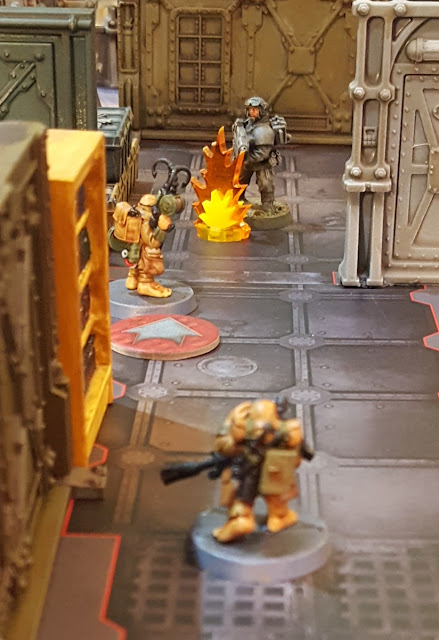 With the center at a stalemate, the twins leapfrog down the flank to try and break things free... 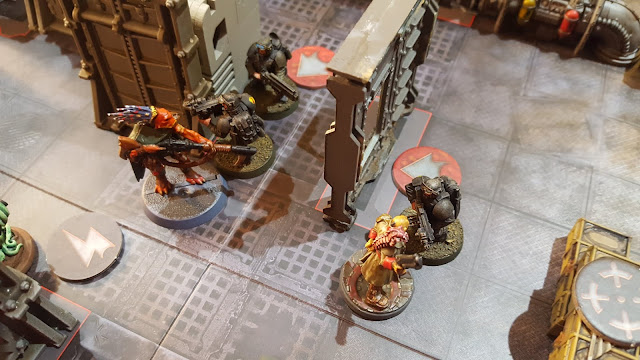 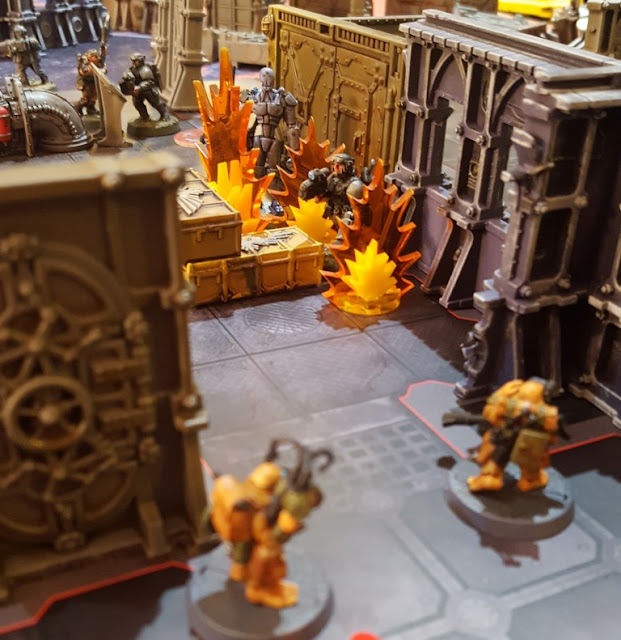 The rest of the Security Team break and run... the Harriers have the run of the place.

but... Hannibal is down.
Are the "Harriers" going to have to change their name for the third time in 3 episodes to keep up the alliteration?

Hello Readers,
First run of the Arena rules, and they worked very well. The scenario cards are well done, and dispensing with the Scouting Phase is a good move from a game design perspective.

I did a campaign earlier, "The Rilti Intervention", where my son and I played all the scenarios from the "Death From the Skies" book. I'll go with that again and try to run each scenario (or at least start with a scenario) from the Arena set.

Probably 2 years ago, Cheetor and I had an exchange where I claimed that I assembled a dice/accessory box for each game I played.  Below is my box (for now) for Kill Team.
As you can see, dice occupy an unusually low number of slots. Counters, Tokens, Blood Splatter markers are in the majority. It looks strange to me. :) 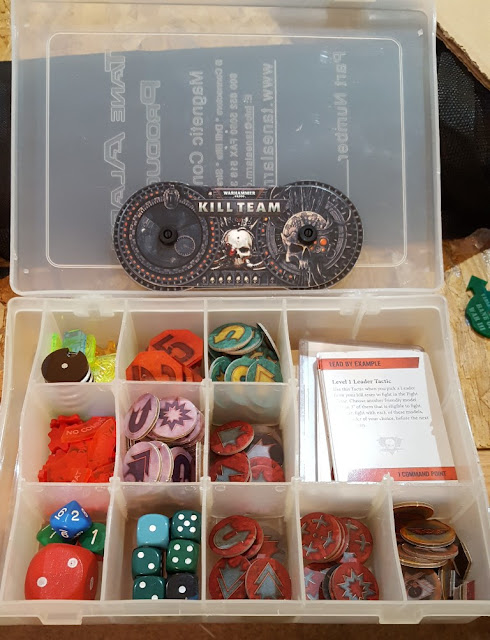