Hello Readers,
As the veterans among you know, I build ships. Big 'uns!
Below are beauty shots of my latest, the Chaos Cruiser "The Murderer". 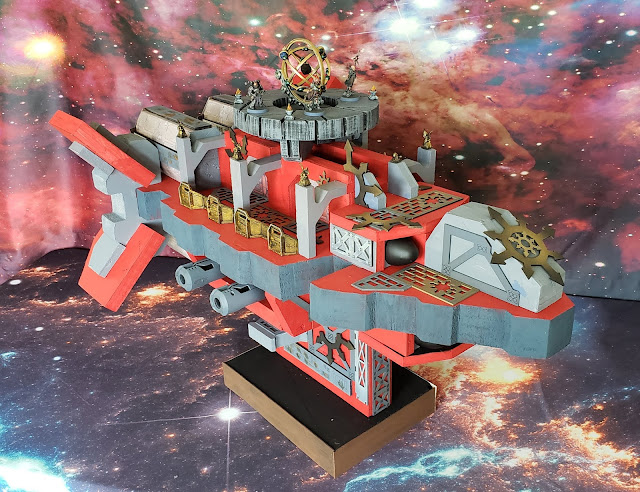 My style is more toward the Oldhammer "Space Fleet" game rather than Battle Fleet Gothic. 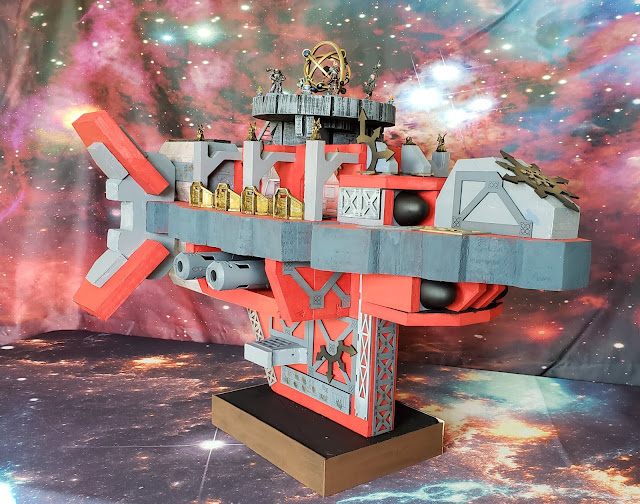 The Murderer sports 4 Torpedo tubes forward, a ram on the prow, and a respectable broadside. 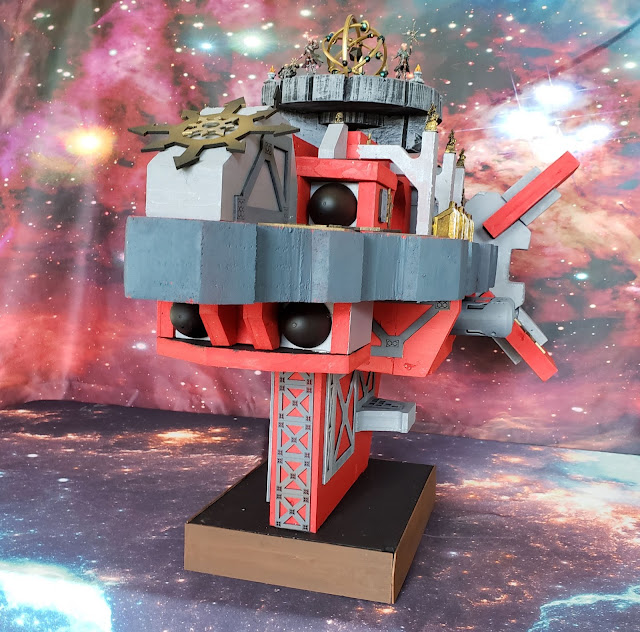 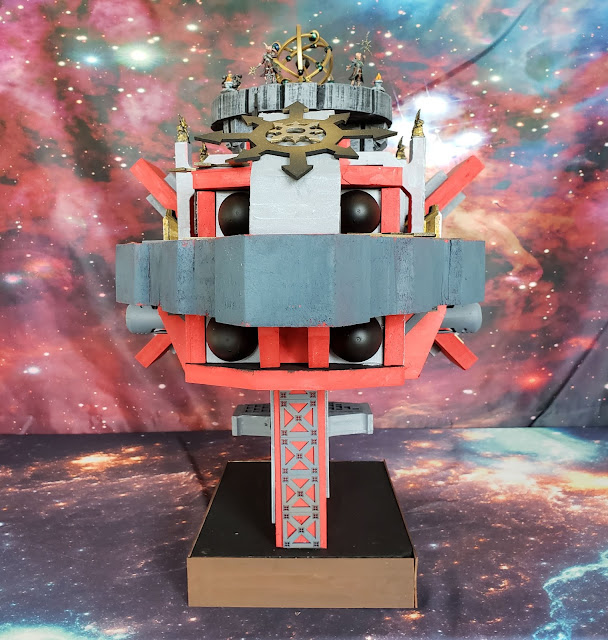 Over time, the sorcery used to control and navigate the ship have corrupted the bridge into an Obscelutta Temple ... 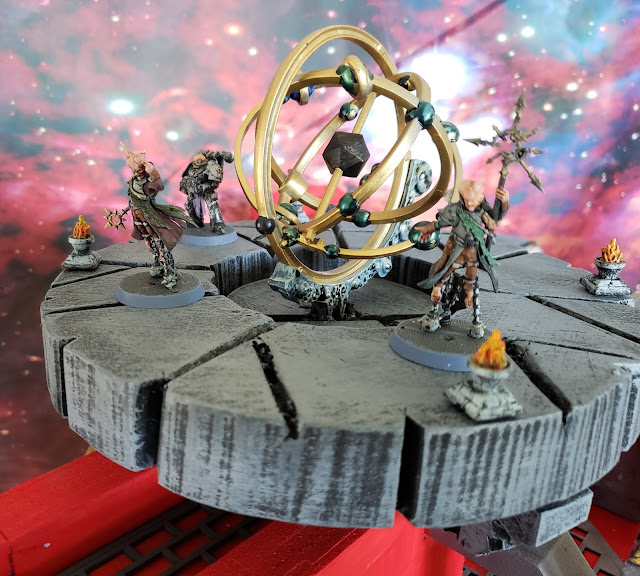 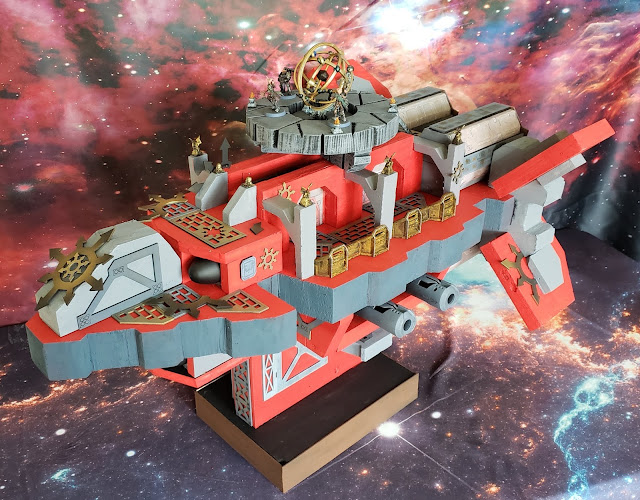 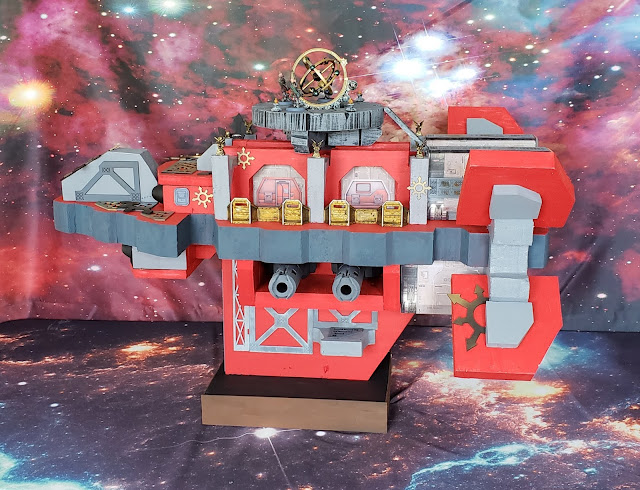 However, without a fighter wing (and supporting facilities) she masses significantly less than typical ships of the cruiser class. Combined with over sized realspace engines, she has an impressive acceleration curve. This maximizes her ability to close with the enemy, ram and board. 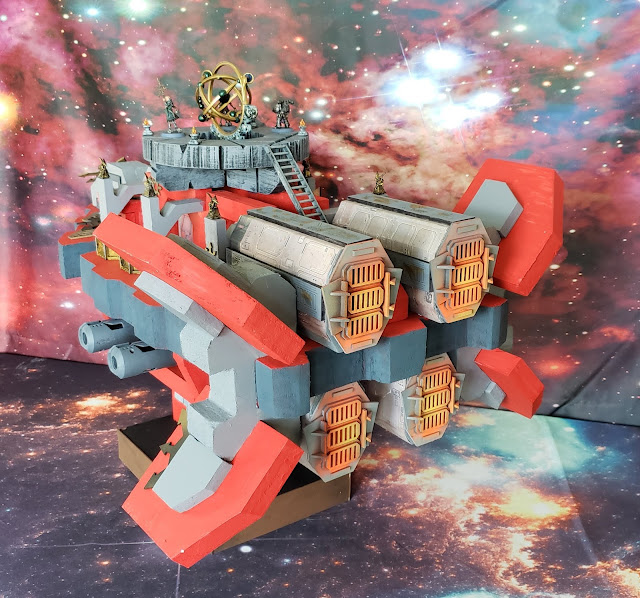 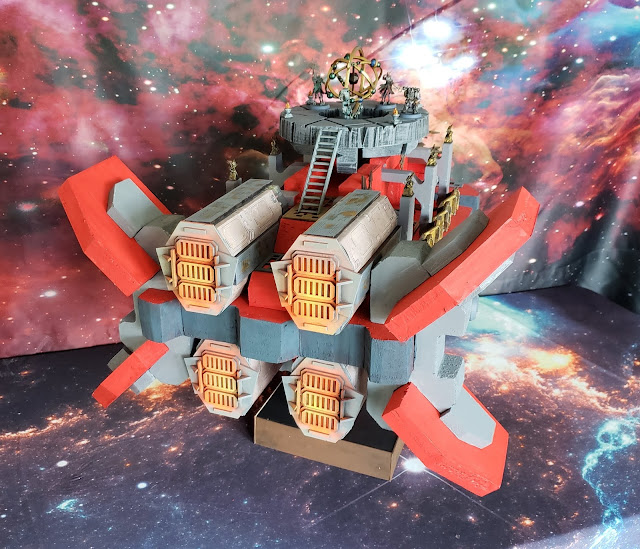 The Murderer is almost completely carved insulation foam and weighs less than 10 pounds, and constructed using techniques shown in other previous builds on the blog. (Just evolved and improved, I hope :)

Comments and constructive criticism welcome.
Let me know if you have any questions.