Sooooooooooo.... I am addicted to hexed/gridded playing surfaces.  It speeds up gaming so much over measuring that I don't want to ever go back.  I figured I'd do a post about how I create a hexmap.

To play Star Navy, I broke out the Battleship Galaxies board and quickly ran into the issue that just because the base of a ship fits into the 1" hex, doesn't mean the ship fits into the hex.  Things begin to look jumbled and messy very quickly.

For my ground games, played in 28mm, 6" hexes work quite well, but for space/air/flying games there are not enough hexes on the table for maneuvering.  I found some red Solo cups at about 3" that split the difference. I already had the dark blue vinyl mat and I bought a set of $2 oil pastels to get a white marker. 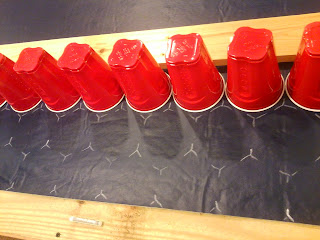 March of the Red Menace 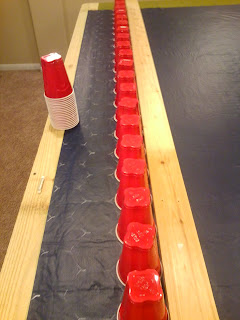 With an officer to maintain order 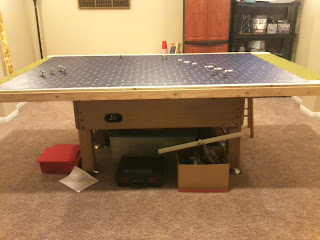 After about 2 hours, I finished a 7'x4'6" surface. The only drawback is that the oil pastel will smear.  It's not so delicate that touching it will cause a problem, but I am worried about rolling it up for storage. 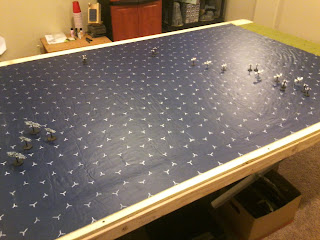 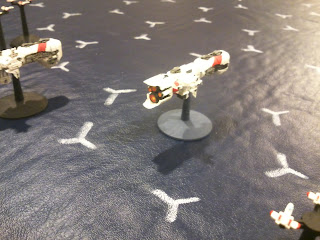 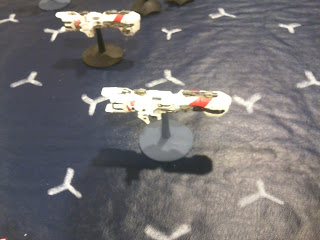 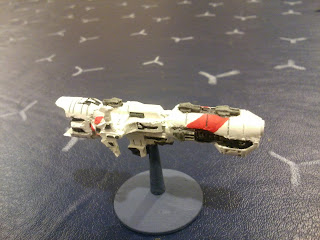