It's all over but the cryin'.  Forces of the 4th Reich have overrun the Nusland facilities on Ocrade.  They have looted all useful hardware and technology and enslaved "suitable" workers.  The last wave of transports have just finished loading and are breaking orbit when the Imperial Task Force arrives.. 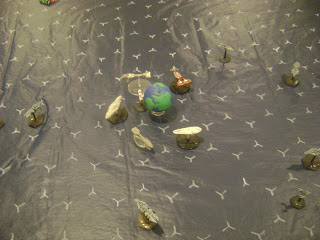 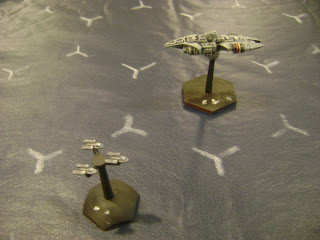 The Imperials jump in with a tight formation, 2 ancient Battleships, 3 Heavy Cruisers, and 5 Fighter Squadrons.  Sub-Ambassador Sulla Tigh's plan is simple and direct, blast straight through and stop as many transports as they can. In Sector Six, no one has ever been recovered from Nazi captivity. 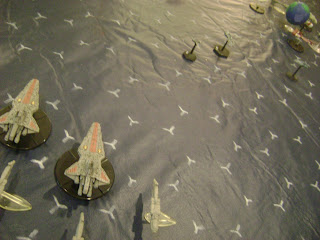 The closest raiders dive straight at the Imperial ships, executing their duty to protect the transports.  The first exchange of fire is brutal.  Beams and Missiles fly thick and furious. The Imperials lose a Cruiser and its Fighters while the Nazi's suffer the loss of a Cruiser and a Frigate. 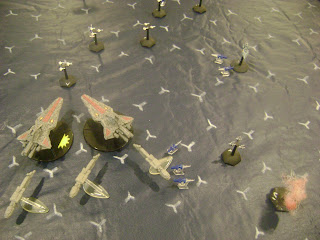 Undaunted, the Task Force bores in 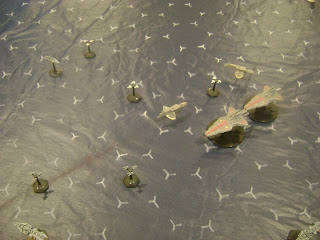 The Imperial Fighters suffer heavily and the survivors are forced to break off their run. It becomes clear that the Battle Line will be too slow to cut off the transports from the jump limit. 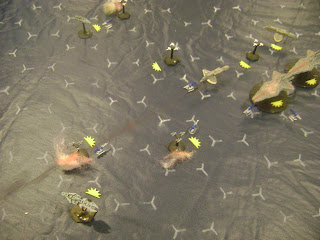 But as they close the distance, more Nazi ships fly at them and fight with the spite of  the most bitter of adversaries.  The carnage is extensive. 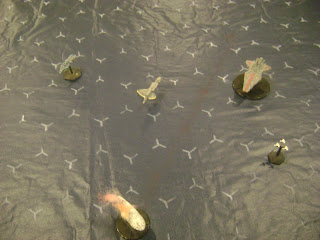 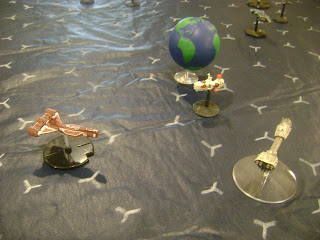 and quietly returns to New Cypress with a few more of the fortunate. 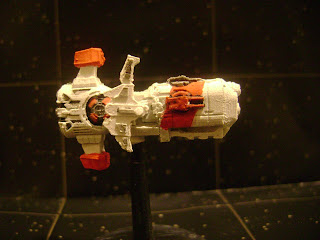