On the Hunt V: Schism 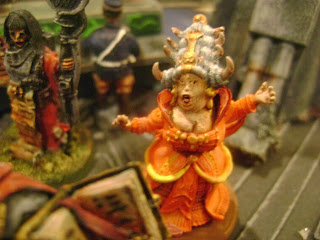 C Quintilla:"This abomination is over.  The Emperor's forces will NOT fight alongside unbelievers!"
Her attendants draw weapons... 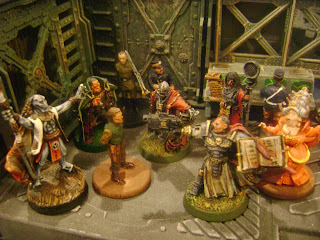 C Quintilla: "The delegations will be allowed to leave only if they do not speak another word, otherwise you will be shot where you stand. Consider this mercy a sign of our kindness and benevolence."
The room  is on a hair trigger, but slowly the non-Imperials take their leave. 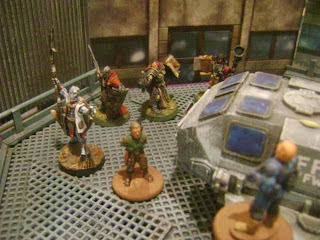 As Maj. Gusicard and the Timtai delegate enter the shuttle bay at gunpoint, Sgt Mannesman cannot help himself, with a dry chuckle...
Sgt Mannesman: "So Sir, how'd it go?"

Back in the conference room... 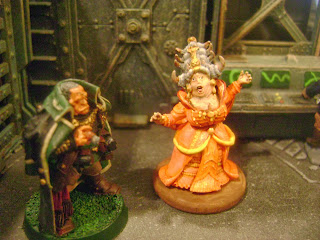 Sub-Ambassador Tigh: "Well, that was ill-advised."
Cannoness Quintilla: "Do not trifle with me, Sub-Ambassador. I contemplated having you arrested for heretical practices."
SA  Tigh: "So, you would let the sector burn rather than ..."
C. Quintilla: "YES! I would let it all burn if Imperial precedence is not accepted as absolute.  These men are my children under the church, and they are above all others."
SA Tigh: "This puts victory over the 'Reich' in jepoardy."
C. Quintilla: "Let them lose.  Until they understand and accept our primacy, we will not participate."