The Goodwill Ambassador's Tour: Ep. 1 - A Party to Remember

The Governor-General’s Manor is abuzz with preparations for the Ambassadorial Goodwill Tour.  During the day before the Kick-Off Ball, the family holds a press conference:

GovGen: “…and moving forward it is important for the nations and polities of Sector Six to build closer ties. This is The Kingdom of Colores’ contribution to the effort.  Our office is still accepting invitations, and we want to make sure that the whole Sector knows that we are willing to visit and open new relationships. Members of the press, thank-you, I have another pressing engagement, but the Assistant Secretary for Etiquette and Protocol will answer any questions at this time…” 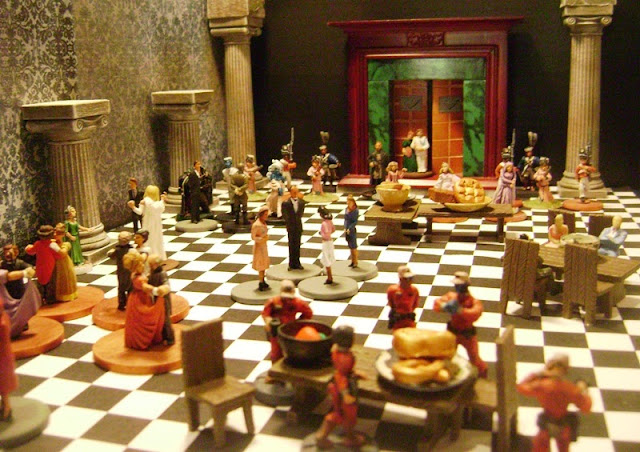 The Scenario
During the Goodwill Ball, Assemblyman Benjamin Wilterzehn will try to disrupt the ball by insulting the Gov Gen to his face and provoking an incident.

The Objective
Cross the Ballroom floor to Governor-General Andres

Perilous Terrain
-Wife of the Gis Prime Minister (she is so beautiful, she can distract men from their mission)
-Officers from the Fleet (can pull bystanders into their rowdy drinking games)
-Lonely Daughter of Dr. Applebeck (is desperate for conversation or a dance)
-The hidden rotten Hors d'oeuvre (get near the 2 food tables and something sudden and terrible could   happen to your digestive tract)
-Intoxicated Ball guest 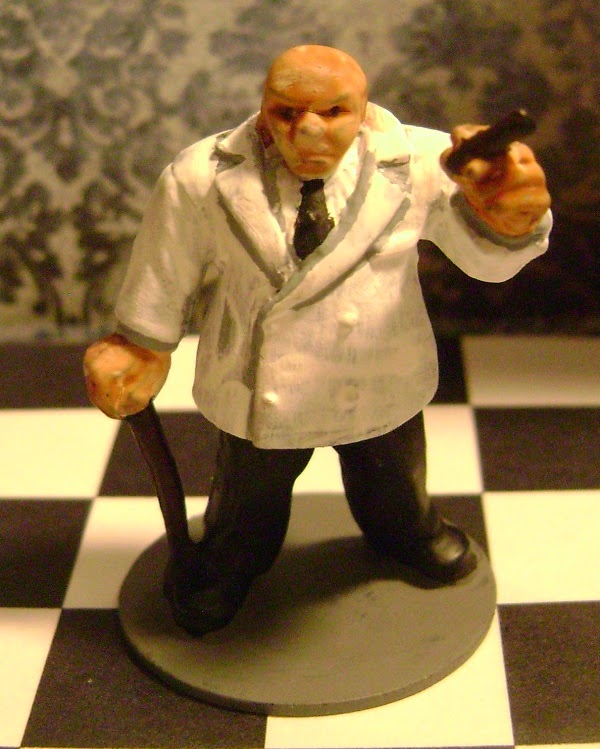 Assemblyman Benjamin Wilterzehn
A “Terror” from the Perilous Island Expansion of Pulp Alley. As per the rules he comes armed with a massive stat-line and a plethora of abilities, but conversely is the only member of his League 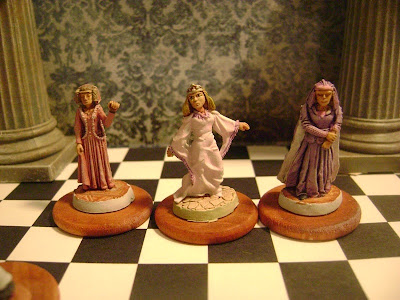 Princess Sophie, Professor Grancy, and Duchess Fiona
Aware of Wilterzehn’s plot,they will attempt to divert, stall, or drive off the Assemblyman before he can cause a diplomatic incident

As a “Social” adventure, there is no physical violence (this is a Ball at the Gov-Gen’s Manor after all).  All confrontations are verbal exchanges and barbs. As characters go down, it represents their inability to continue debate, suffer more indignities or some other such calamity.
_______________________________________________
Ass. Wilterzehn arrives.  The Professor is closest to the entrance and moves immediately into his path. Sophie and Fiona move up to the mid-point of the Ballroom. 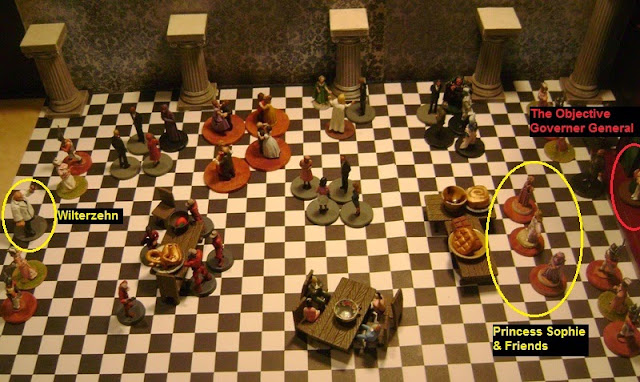 Wilterzehn is in full obnoxious fury.  Between the barbs, bad breath, and cheap cigar, Professor Grancy flees the scene just unable to cope.  Sophie and Fiona block the 2 open paths and get ready. 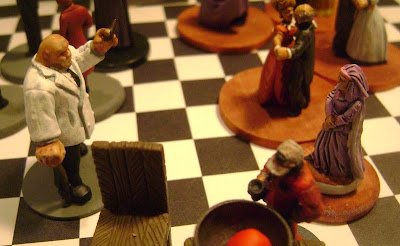 Wilterzehn moves toward Sophie.  Her stubbornness slows his momentum and the first cracks of doubt appear behind the beads of sweat on his forehead. However, the juggernaut will not be stopped and he pushes onward. 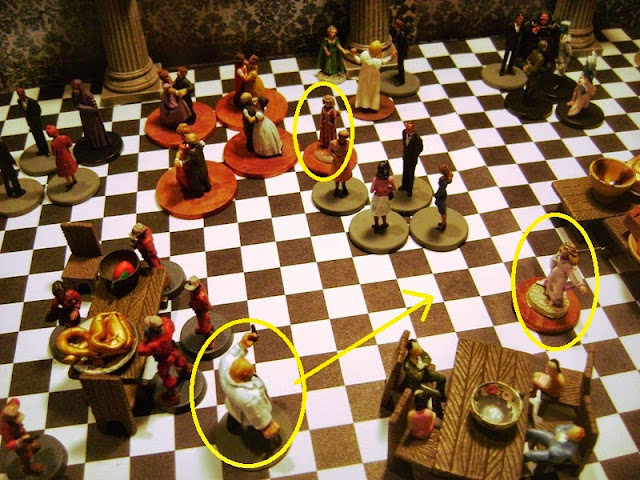 Sophie walks alongside Wilterzehn while Fiona quips from behind.  As he closes in on the Governor, Sophie and Fiona succeed in draining his will, but can they turn him aside? 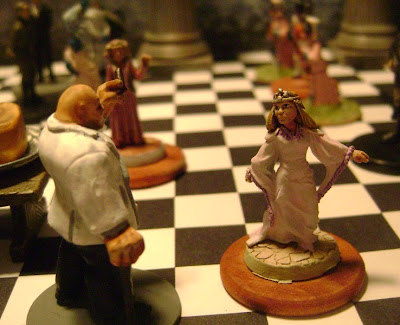 Sweating profusely, and almost completely spent, Wilterzehn reaches the podium.  He bellows out all of his bile, and gnashes his teeth at the Kingdom’s acceptance of the Imperial imposed ceasefire.  “We should fight those scum too!” he blasts and points directly at Imperial Sub-Ambassador Sulla Tigh, “They are nothing! They abandoned the Alliance at Haussen and then stopped us after OUR victory.” 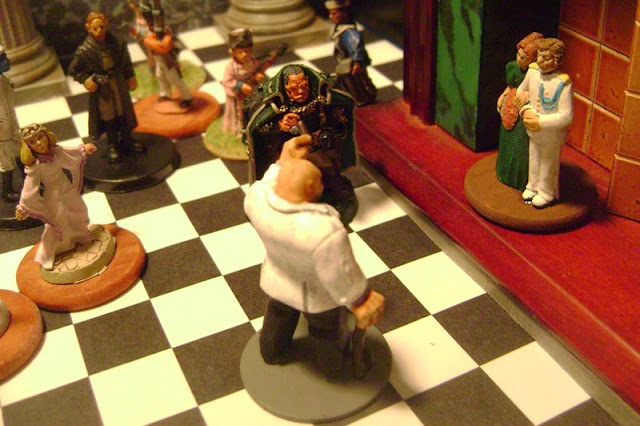 
Ambassador Tigh pauses. He slowly releases the drink in his hand, lets it shatter on the floor, and stalks from the Ballroom.