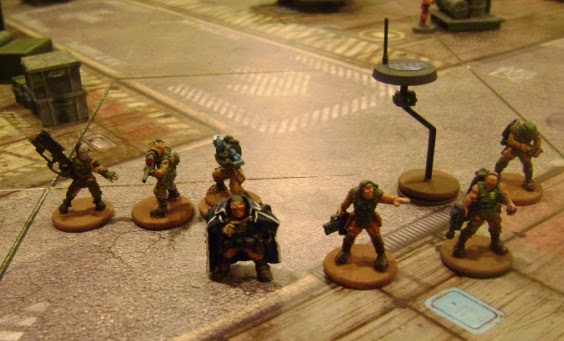 En route, Eight Ball has landed at the Ferraso Landing Field to refuel the dropship. They move to set a perimeter. 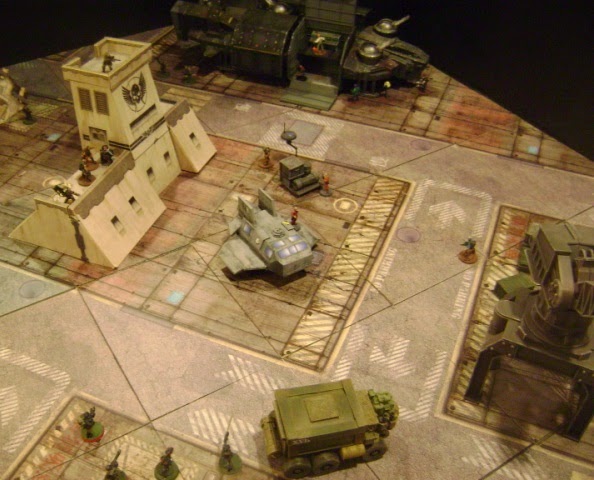 Just as they get to their positions, they come under attack... 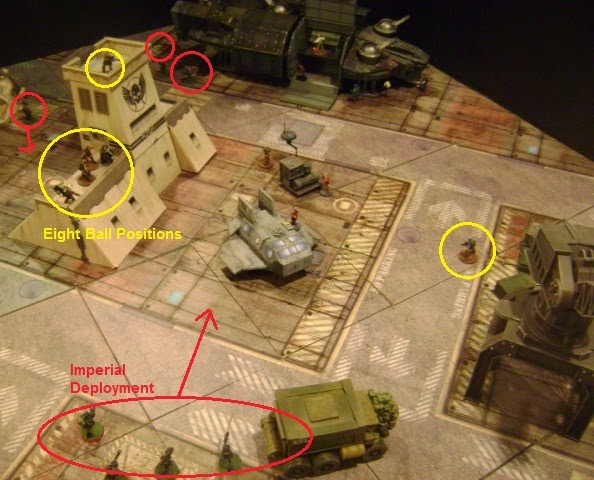 ..from an IMPERIAL Naval Strike Team 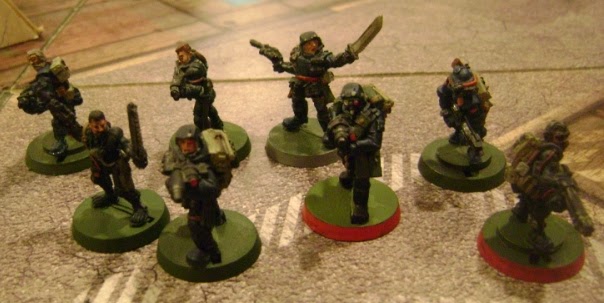 Major:
The Dropship (destroyed by attaching an explosive charge)

The Imperials seem to go for the dropship, and Maj Guiscard and Sgt. Mannesmann move to stop them. 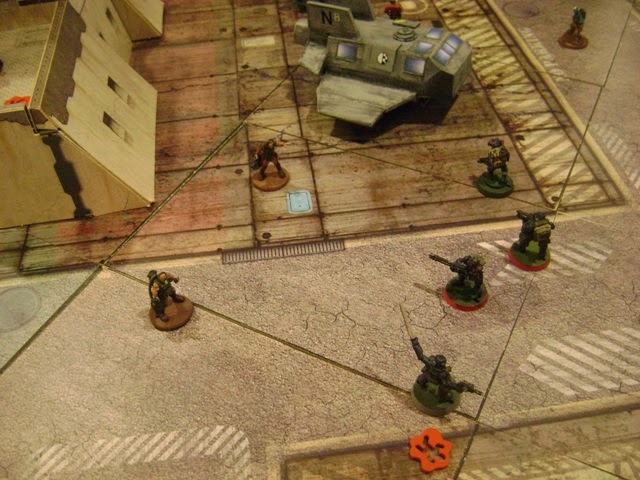 Meanwhile the second group of Imperials scoop up the drone and attempt to capture Sulla Tigh. 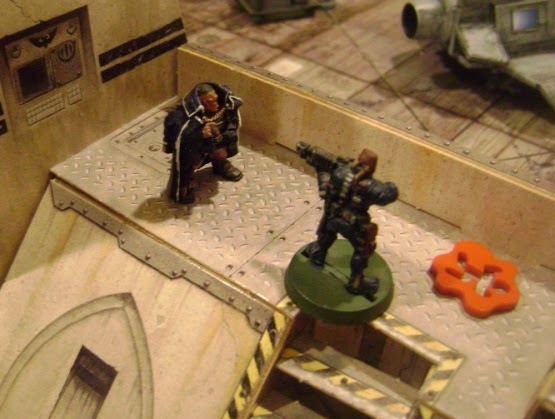 The fight in front of the Dropshop goes very poorly for the Imperials, but one Naval Infantryman breaks through and detonates a charge. 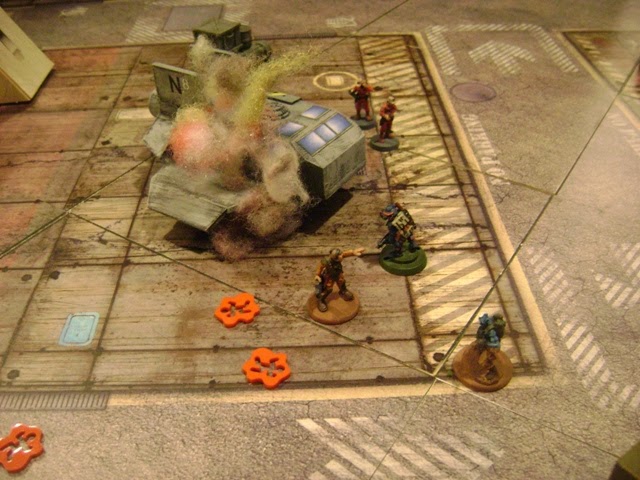 On the other hand, Cpl. Alkamade comes down out of the control tower then frees Amb. Tigh and the drone. 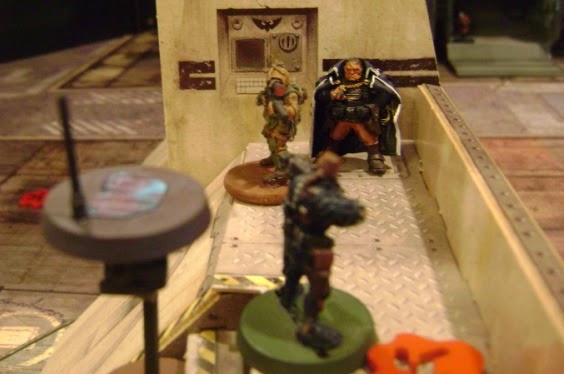 With the Dropship disabled, the main Imperial mission has been accomplished. The surviving Imperial characters withdraw. 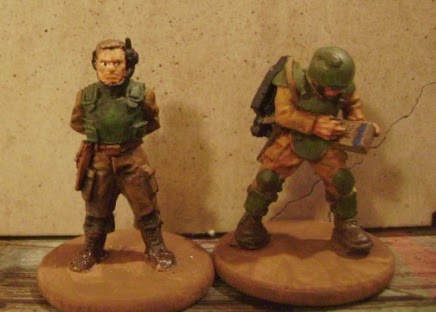 Ambassador Sophie is concluding her visit to The Hatirki Free State. 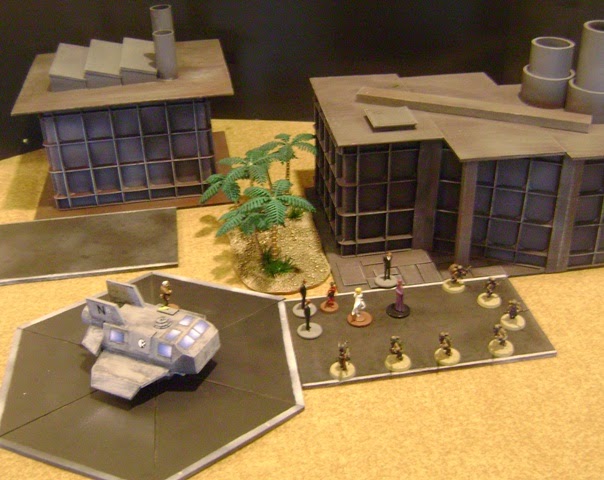 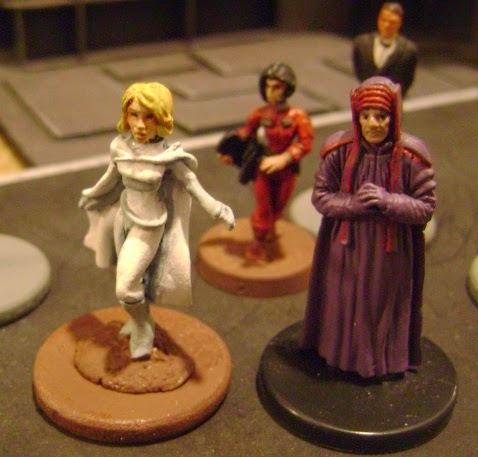 When the Ambassdor's Dropship departs, it does not head for orbit. It flies to a remote site with ancient ruins. 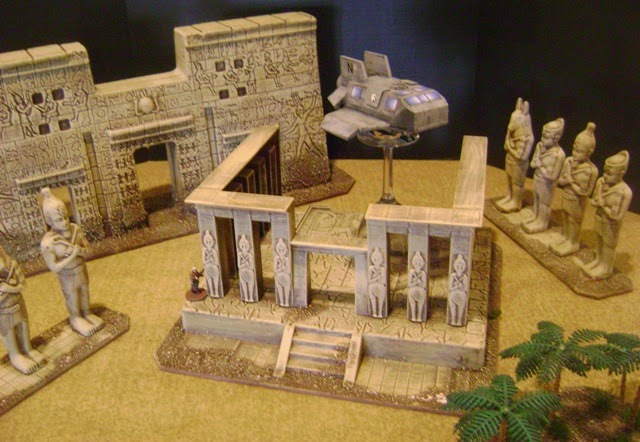 The team that debarks looks a little different. And diplomatic deportment gives way to tactical drills. 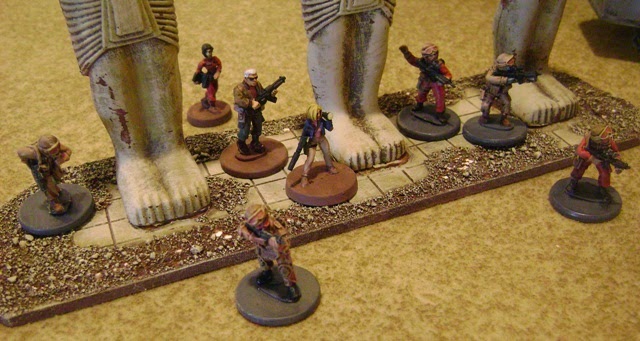 As Maj. Guiscard pointed out:  "Agent" Sophie brings a full spectrum of skills to a problem. 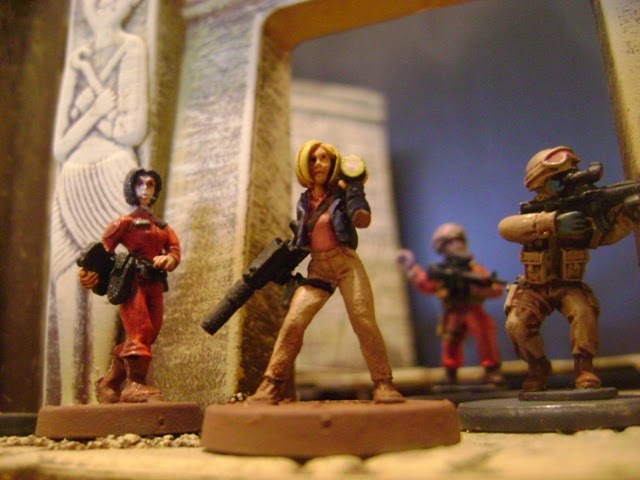 The Passereaux breaks orbit from Hatirki and makes for the transition point.  It is a long transit to Krellborn IX, and Agent Sophie's team will use all of it to prepare.

So many questions:
What was that creature in the Boria System?
How did the Nazi's find out about Imperial Sub-Ambassador Tigh's movements?
Why are Imperial troops attacking an Imperial Diplomat?
What ties all this together? How is the Imperial Canoness involved?