The Molling Incident, Part I: Introductions

SITREP
Continuing from the previous post in Sector Six (linked HERE), Odeco Deep Space Mining has a commercial fleet that fled an attack and has gone into hiding in the Molling System.  Our protagonists, the KCS Passereaux with Eight Ball Command have been dispatched by the Governor General to investigate and rescue the Odeco ships.
The KCS Passereaux jumped into the system at a safe distance from the system’s main (and namesake) planet and sent a coded signal to the Odeco ships to remain hidden until the nature and size of the attackers could be identified.

With no immediate threats revealed by ship’s scans, the Passereaux parks above Molling, sharing orbit with 2 small merchant vessels.  Although Molling is lightly populated, Odeco maintains a logistics office on the surface to support the needs of the mining operations. All attempts to contact the office from orbit have been unsuccessful.

The Battle
(Rules Used were Pulp Alley, and the Scenario was a modified “Death Trap”)
The first mission for Eight Ball is to land a small team and try to make contact with the Odeco Support Office. 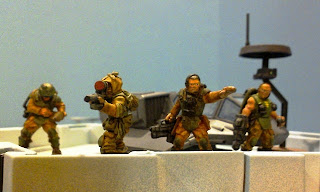 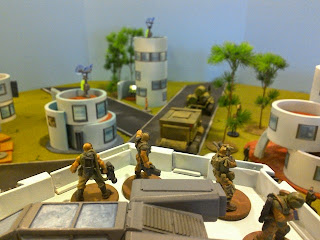 Eight Ball disperses from the interface lander, and Sgt. Bont sends the drone to the building with the Odeco offices.
Turn Two 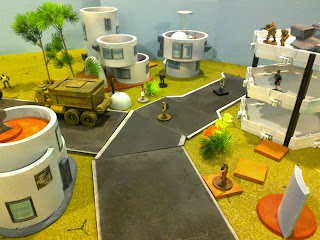 Sgt. Mannesmann and Maj. Guiscard advance from the landing site... 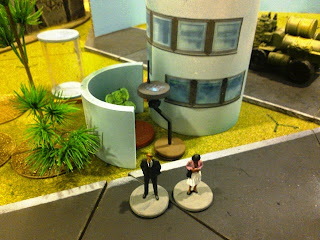 while the drone completes its transit to the building, with Cpl. Verlinden covering them from the landing pad. 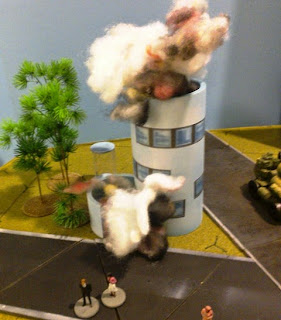 As the drone attempts to enter the Odeco offices, a massive blast flings the shattered drone into the street and blows debris everywhere.
Kampfgruppe Schacklow springs their ambush, and catches both Guiscard and Mannesmann in the open. 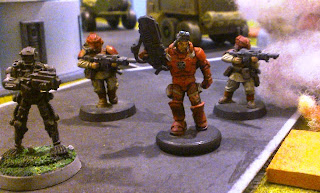 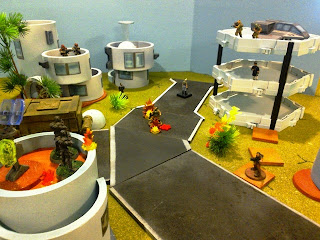 Mannesmann is wounded, but manages to make it to cover behind a truck in the road. 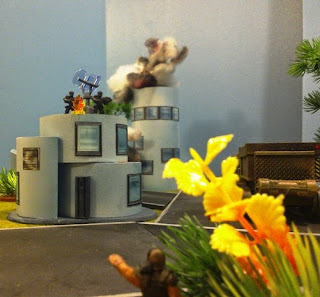 Knowing the mission is compromised, Maj. Guiscard orders a withdrawal. 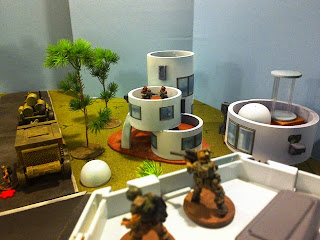 From the rooftop landing pad, the other members of Eight Ball pour fire into the Automs in the middle building. 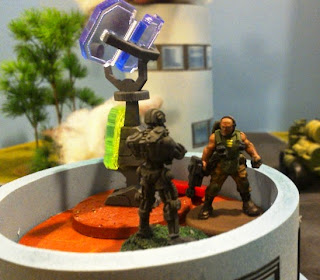 The last one is taken out by Sgt. Mannesmann. 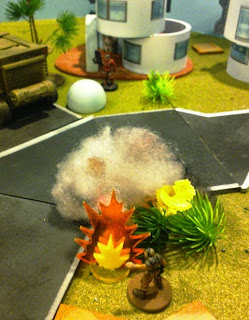 Another explosion rocks the settlement. The cover shielding Guiscard splinters and erupts into flame. 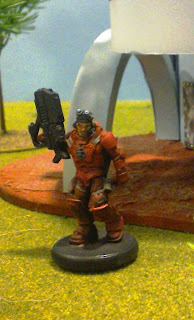 Emerging from the building opposite is Kommnader Schacklow armed with a massive Blaster. With every shot, huge amounts of damage are inflicted on everything hit.

Turn 4
Outgunning his opponent, Kommander Schacklow advances and exchanges fire across the road, but fails to wound Maj. Guiscard. 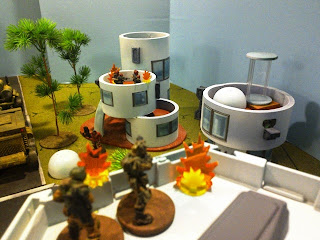 Up top, Sgt. Bont and Verlinden continue to exchange fire with the Karmesin.

Turn 5
Guiscard and Mannesman make it back to the building, but Schacklow’s blaster is tearing it into a ruin. 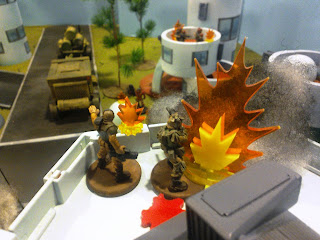 Cpl. Verlinden takes the full force of a shot from Schacklow and goes down. 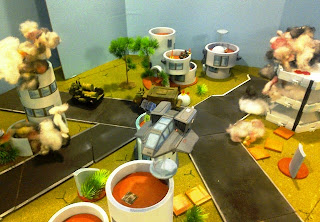 The landing pad begins to collapse, forcing the lander to take off without the team.

Aftermath
Guiscard and Bont pull the unconscious Cpl. Verlinden out a rear exit of the collapsing structure and the team escapes into the surrounding forest. Kommnader Schacklow and the Reich Soldiers hold the settlement (or what's left of it), and prevented Eightball from making contact with any employees from the Mining Company.

Cpl. Verlinden did not survive his wounds.

After breaking contact with the enemy, Guiscard signals Captain Brown onboard the Passereaux. After comparing notes together, the Reichs’ ambush of Eight Ball make it very clear that the Nazi’s are behind the attack on the mining ships.  This, in turn means that the quiet period is over and the Reich is on the move.The highest priority is to get this information back to the Governor General. 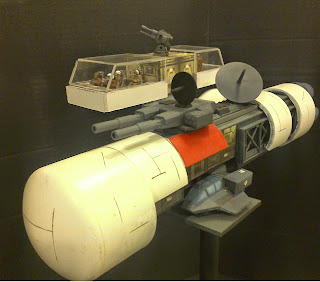 The Passereaux breaks orbit at speed, 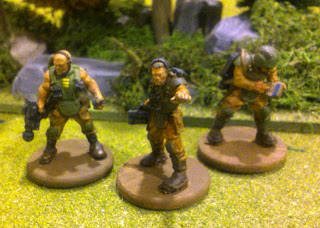 Sorry for the delay in acknowledging everyone, I'm just getting back into the groove.  I greatly appreciate all you and your patience.
Labels: Battles Molling Incident Pulp Alley