TJotMS, Ep. 2: The Pirates of Jeaux

Scourge of Sector Six, the Pirates of Jeaux! 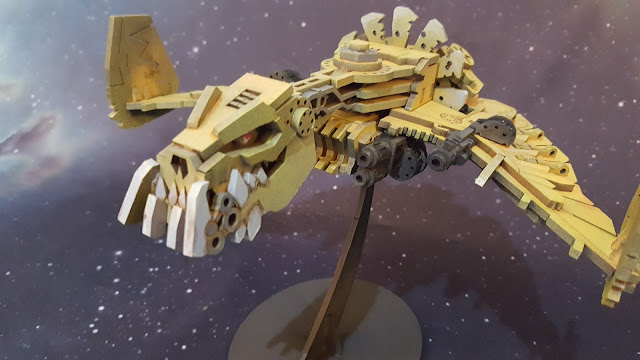 They strike suddenly, and have taken all manner of prizes, including a luxury starship owned by a Trading Magnate right under the nose of the Imperial Navy. 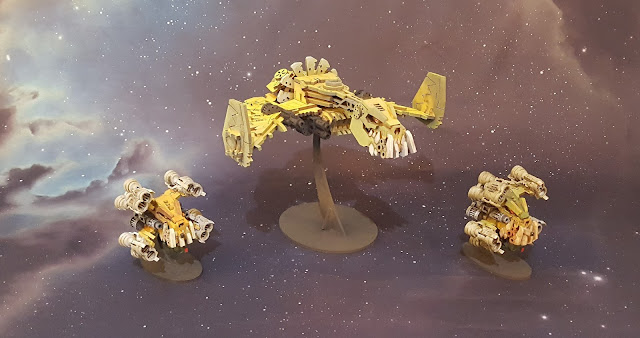 Led by a formidable gunship, "Growler" the gang is brazen and crazy aggressive. 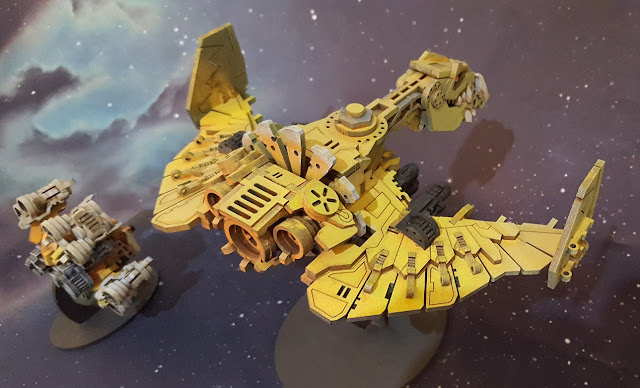 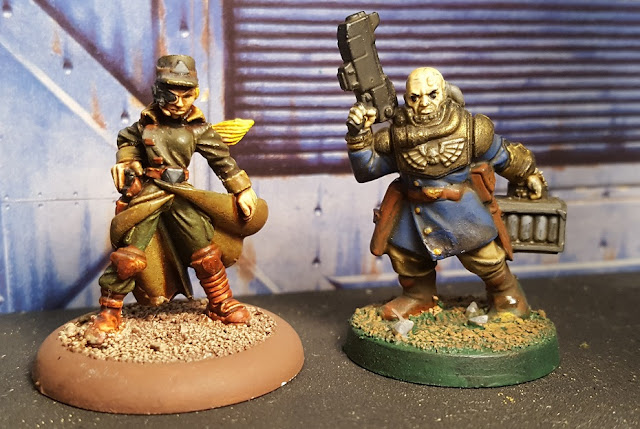 Kmdr Weiss
... and he was willing to take the mission?

Courier Smitz
Yes, Kommander, for the money we are paying he was eager to attack the ships of Colores. Once he receives this payment, he will begin attacks immediately.

_____________________________
These are the flyers released by Miniature Scenery for their Orktober promotion. As per usual with MS, the kits are excellent, prices are worth it, and delivery e was well within acceptable. That last, is especially commendable considering they are all the way in Australia.

As Grove has enthusiastically expounded upon on his blog, http://givemlead.blogspot.com/
we are building Capital Ships, Fighters, boarding troops and all kinds of goodies as we campaign toward the big event in June.

For my part, the Shelley is built, but I am starting on another capital ship for the Reich, plus all of its Fighters and accessories. As that goes on on the build side, my blog will be chronicling the Shelley as she transits the Sector and beyond to New Texas.