There’s a War on the Planet of New Texas. (See all previous TJOTMS posts and New Texas posts on Grove’s blog: HERE) The forces under Black Vasken are retreating down the Apache Canyon from their failed attempt to destroy the Technodrome, while in response, Multi Dimensional Warlord Krang and his allies have launched an airstrike. 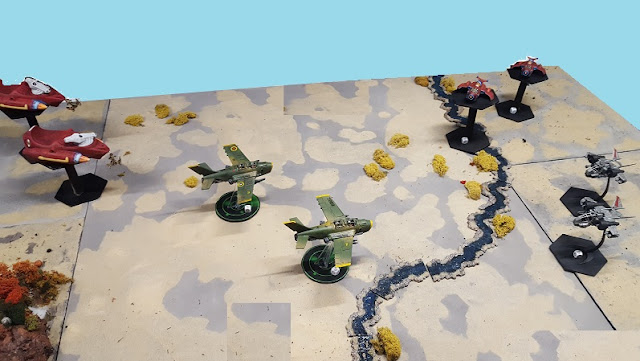 SITREP
Fighters from the Lone Starr and the KCS Mary Shelley have been vectored to intercept the attacking aircraft. If Krang’s fighters can make it past them, Vasken’s troops could face some very heavy casualties. 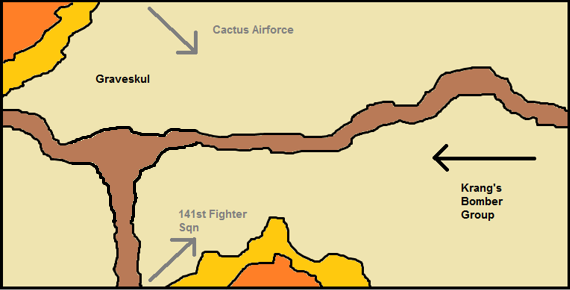 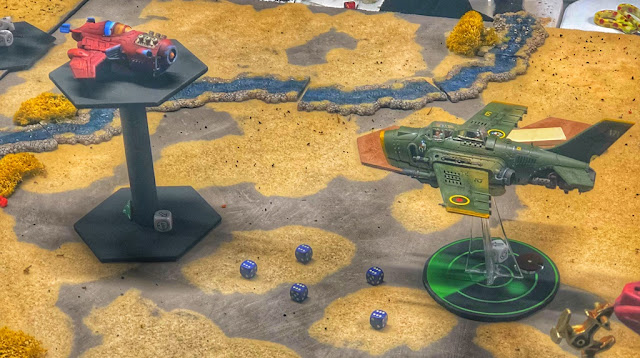 The lead fighters engage in a head to head pass, and ..

The Colores fighter goes down! 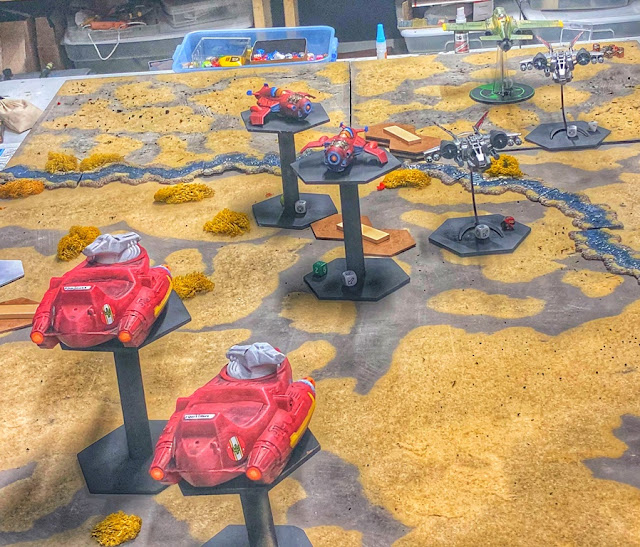 Things are looking bad, but in a rush to get to the engagement 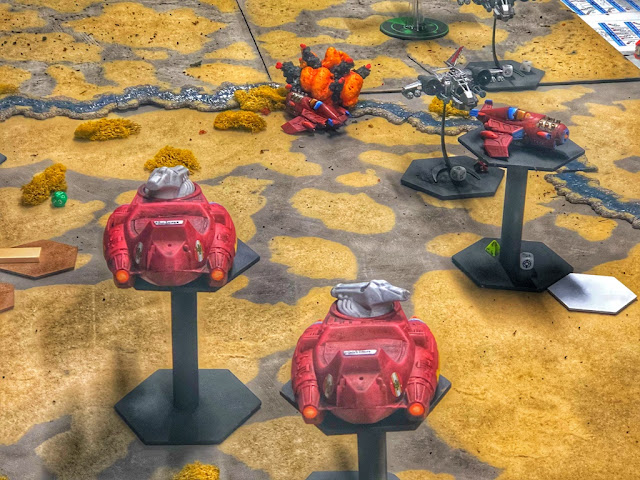 Splash one, and the other is damaged. 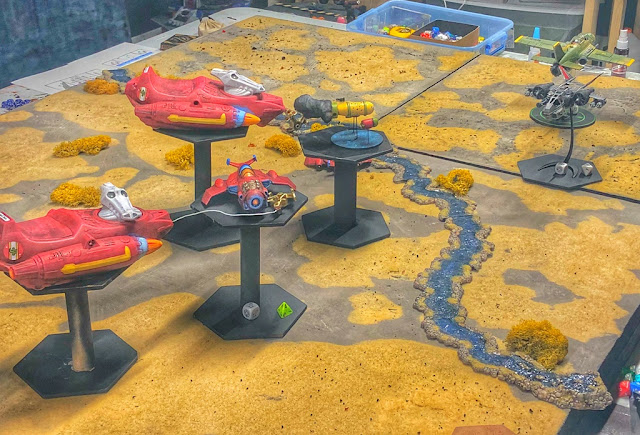 The Lone Starr's fighters follow up. They get a missile lock on a Reich's fighter, and disable Krang's remaining fighter with a "Lasso" Shot 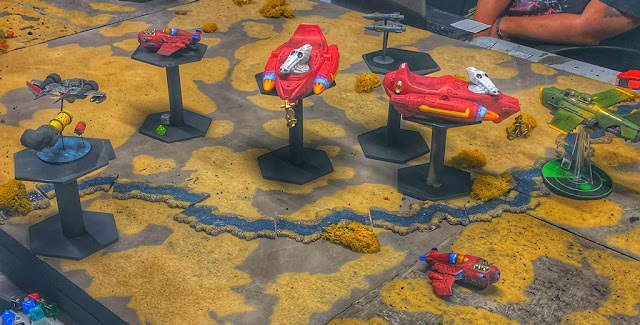 It goes spinning out of control as it is flung away. On the left, the missile launched by the wingman is closing in on the Reich's fighter.

The fighter screen put up by Vasken and his Colores allies held, and the Bomber corridor was not open. The withdrawing troops were safe. 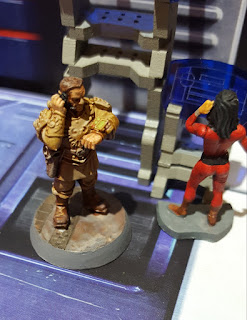 Deck Officer Bradford
"Captain, telemetry data from the Reich's fighters has given s ua track to their origin." 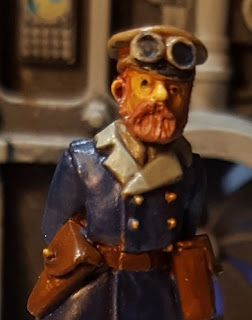 Captain Thuries
"Notify the Lone Starr. We are initiating an intercept course for the Dragon.
Helm, come around!" 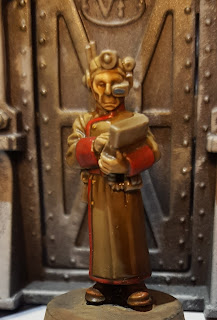 The second game of the weekend played fast, like it was supposed to. The collision between Lopez's two fighters was hilarious and pretty much decided the game. So, despite everyone's strategerying (yes, I know, but if a president says it, then it's a word. I don't make the rules...)
a simple crash was it.

I've been holding back on the Cerberus. She's a beauty,  I keep learning off the previous ship builds, and I already want to start on another.  I'll post a design and build episode after I get through the battle weekend.