The Journey of the Mary Shelley, Episode 23: Epilogue 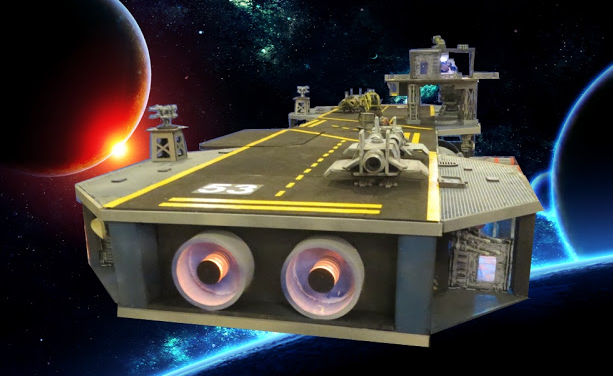 The KCS Mary Shelley has finally arrived home. It was a slow, cautious, and perilous journey. After the massive battles over New Texas, she was so heavily damaged, even the most basic spaceflight navigation was a daunting task. More than half of her compartments were unsealable against the vacuum of space.
It seemed that she would be finished as a warship.

But here in Sector Six, the backwater of backwaters of known space, the laws of physics do not always conveniently line up with Newton, and knowledge is precious and well hidden.  Under these conditions, Hull Construction has become a lost art. Ships that are thousands of years old are far stronger and far more resistant to battle damage than hulls constructed more recently.
In short, her hull is battle proven, and a very precious commodity. 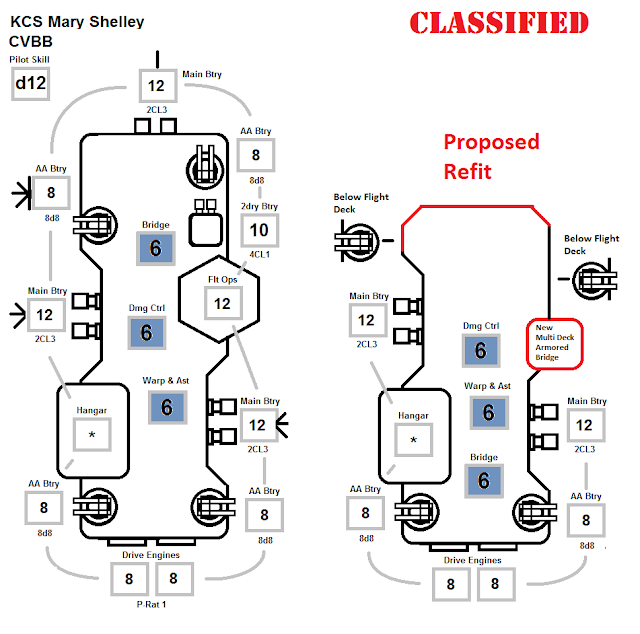 Colores Naval Architects have analyzed the extensive damage and decided a radical solution may save the warship. A full quarter of the length measured from the bow was so devastated by enemy fire, it is essentially nothing but slag. The architects believe than this can be cut away, and a new internal structure can be engineered. She will spend a long time in space dock but Naval command anticipates she will almost certainly re-join the fleet. 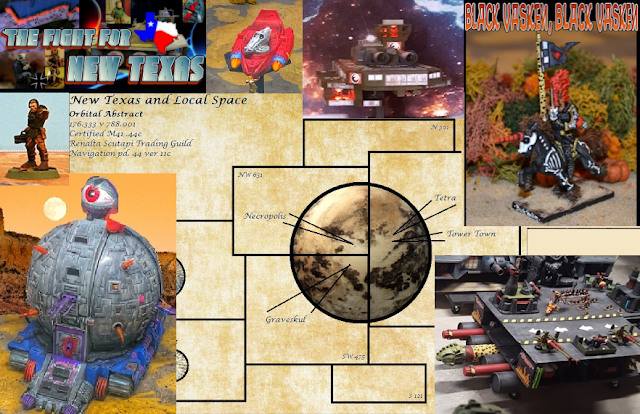 As for the success of the mission, it was a victory, no doubt, but not without an asterix or two. The Archuleta Brothers were driven from the planet and away from their source of Teleportium. Far more importantly, the Fourth Reich were denied any access to the rare substance. The allies of Black Vasken and his people have driven back Count Grabbo and the Warlord Kang, and his people in Graveskul are safe for now.

On the other hand, scientists for the Kingdom of Colores do not even begin to understand the teleportation abilities that the Archuleta brothers were able to harness. They have secured a small quantity of teleportium and will continue to experiment and hope for the future, but for now, teleportium is as useful as granite.

For the individual members of the expedition:

Captain Thuries, received the Navy’s highest honor, the “Nelson Star Cluster” and, after a brief leave, will be appointed captain to a ship of the line. 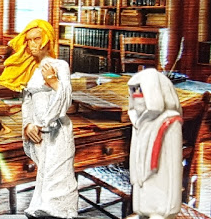 The Staurakia Navigators Guild has already begun construct an Annex on new Cypress and looks to work closely with their new allies in the Kingdom.

Lastly, Eight Ball Command will receive many accolades but all of them classified and kept out of the public eye.

So it goes for the clandestine heroes of Sector Six.

Thanks for following along all 23 episodes. It was really an incredible journey, and by far the longest campaign I have ever been involved with any group or gaming Club. It was all worth it and I cannot imagine surpassing some of the marks we set.  I think that's a big reason why this last instalment has been so long in coming. It really means I have to let go of the whole experience and put it to bed, and I really don't know that I've been ready to do that.

If you would like me to expand on or clarify anything that happened just let me know (I’m a miniature wargamer, I’ll talk all day about my models.)