I had the chance to pick up my copy of KT:RT this weekend and I wanted to share all the coolness here. I've really enjoyed Kill Team so far, and this expansion seems to promise the return to "Army Lists" that are more open and more narrative driven. But we shall see. 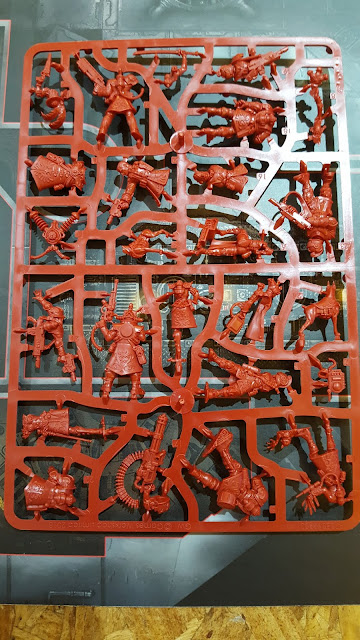 First, the sprue for the Rogue Trader crew. After struggling with some of GW's more recent kits, the "mostly" assembled crew is a welcome relief. 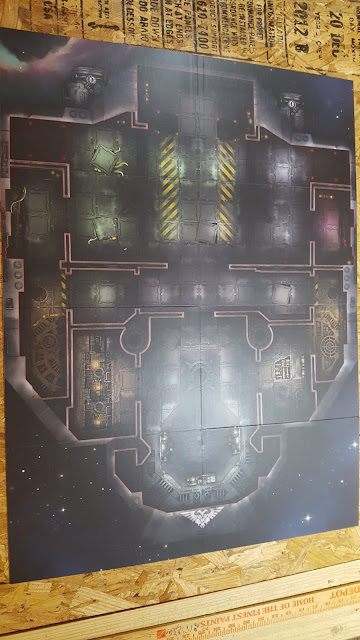 The ship side of the playing board. Very well done for what they are trying to achieve, and if you look closely, the paths through the shuttle are not symmetrical. Nice touch. 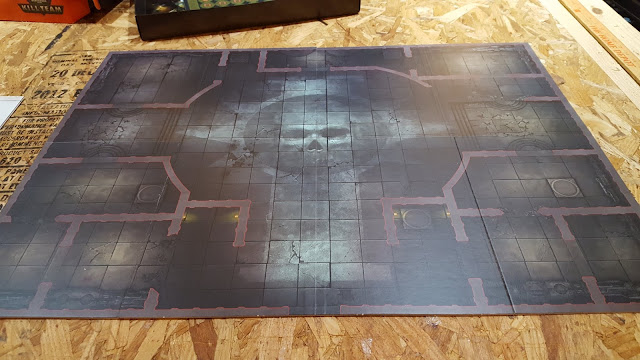 The temple side. Spooky, spooky skullz... 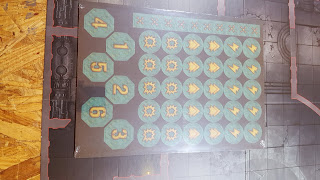 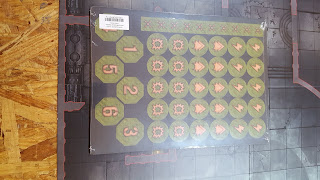 Kill Team counters for both factions.

Now for the terrain!
I make no apologies for not leaving these on the sprue. I guess I'm now one of "the ship guys", so up close is what you're going to get here. 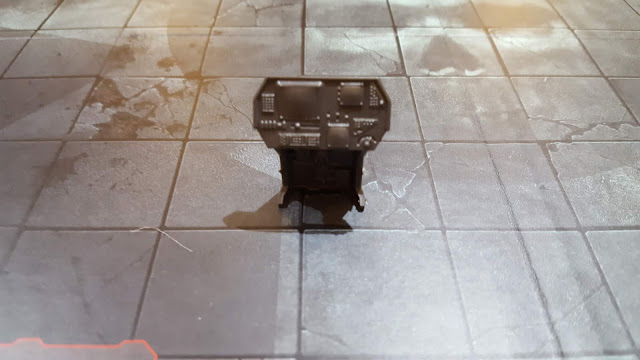 The command consoles (4 of them) 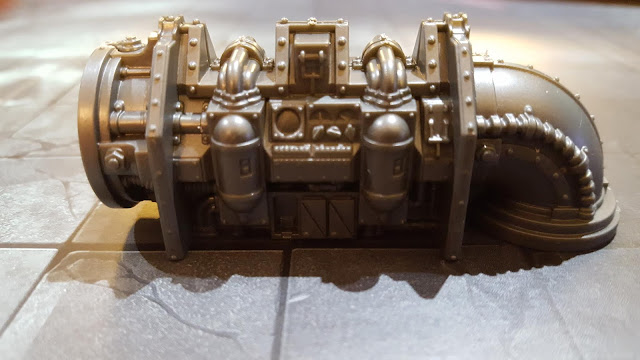 Coolant thingies. Lots of detail and griblies! ( 2 of them) 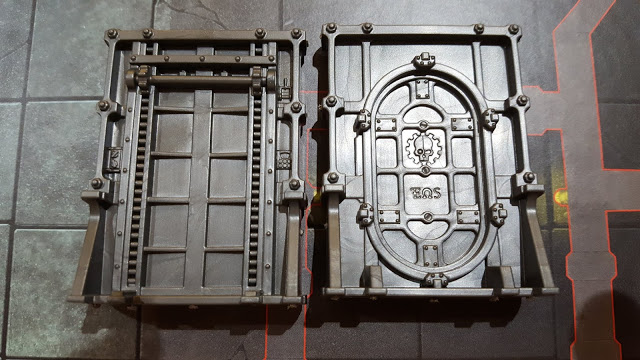 2 Types of Bulkhead doors. These are thick and substantial like all the recent scenery offerings.(4 of each type) 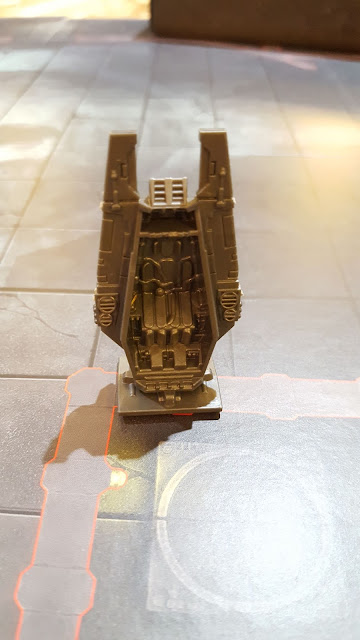 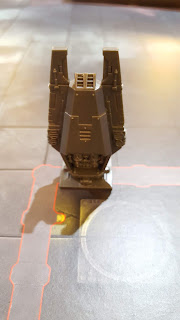 Escape pod, front and back. They also come with doors to seal them up. (4 of them) 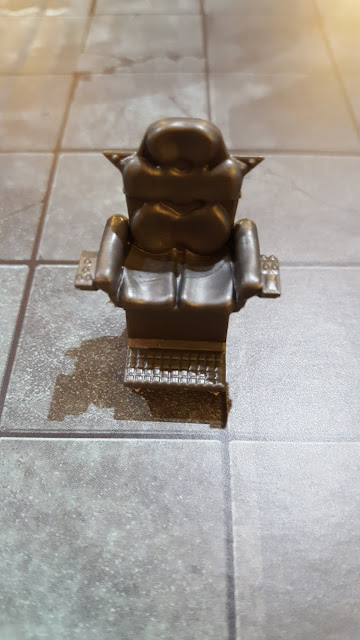 Captain's Chair (but oddly, I haven't seen a sitting GW figure since the metal IG Tank Riders a couple of decades ago) (2 of them) 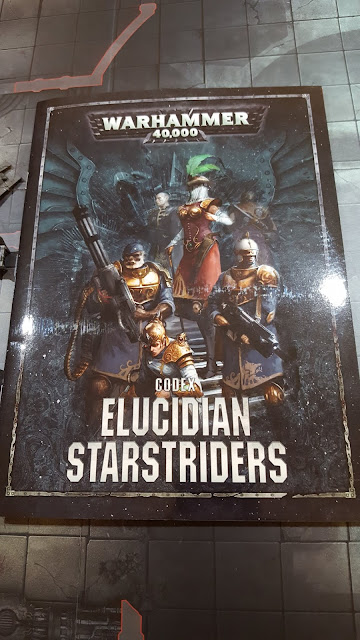 Mini-dex for using the Rogue Trader crew in 40k Games 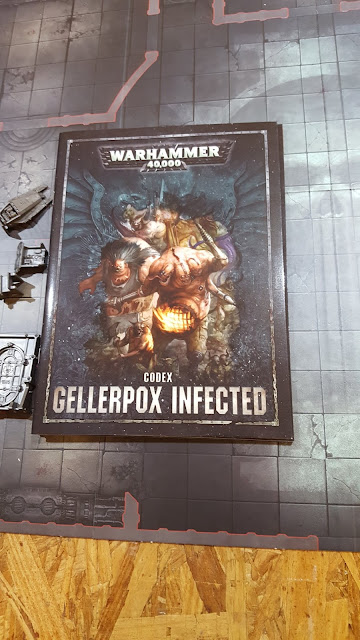 Mini dex for the Nurgle 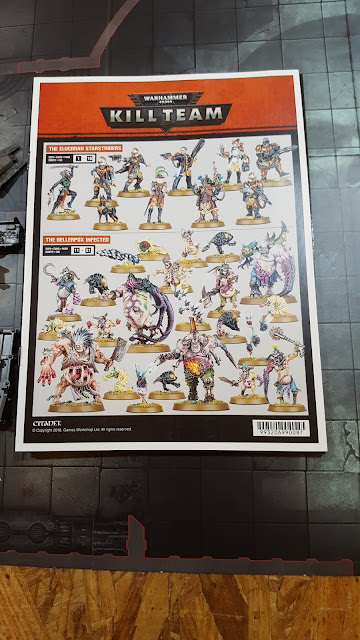 Assembly guide for both factions 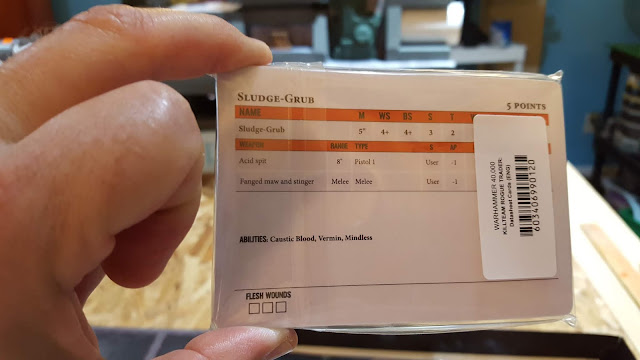 Quick reference cards for all the figures 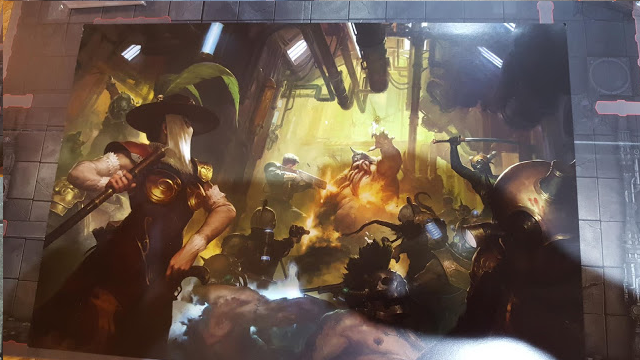 and a really bad pic of the cool poster.

I've read the rules and the scenarios...  here are my first impressions

1. Anything with an effect radius (an aura or whatever) must be measured AROUND the walls. So if there are 2 figures right next to one another separated by a wall, they are measured as far apart as it takes you to curve a path to and from the nearest opening

2. You can spend a command point to fire overwatch at a charging enemy that began its charge out of  LOS. (NOICE!!!)

3. Comms Specialists are now more important. A lot of the action is around opening and closing doors. Unfortunately, the "Breacher" isn't mentioned as have any effects, but the Comms guy can now open and/or close up to 3 doors remotely from a Command Console every turn. (Non Comms Specialists can do this for 1 door)

4. "Commanders" are the next thing. They are powerful characters (multiple wounds, all kinds of wargear, you know the drill) that are mandatory in the Narrative missions and optional in the Matched play missions. So, currently only the Starstriders and the Gellerpox have "commanders" (and only one named character each), and we all know GW cannot resist escalation, so these must be coming to all the factions.

5. When they say Mini-Dex, they mean it. There are no provisions in these books for building your own RT crew or Chaos force. The books are simply stats for the exact named figures in the set. (boooooo)

Hoped you like the unboxing, and I'm pretty sure they'll be a batrep in the near future!