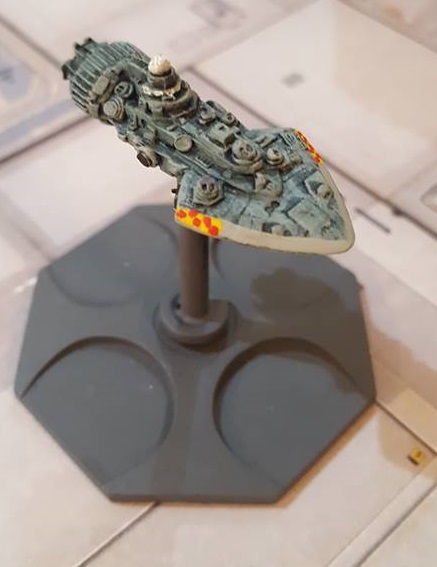 Oh, wait, that shot is too tight, let me pull back a little... 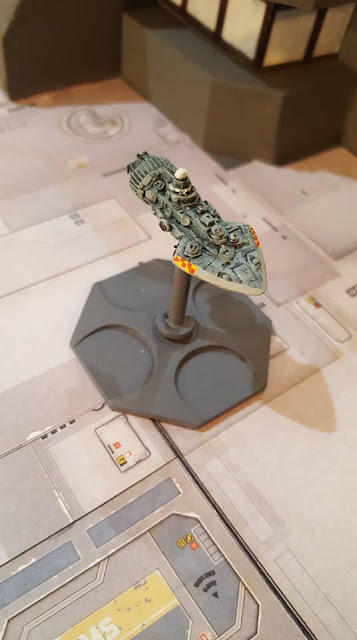 No no, I still can't see size and perspective... 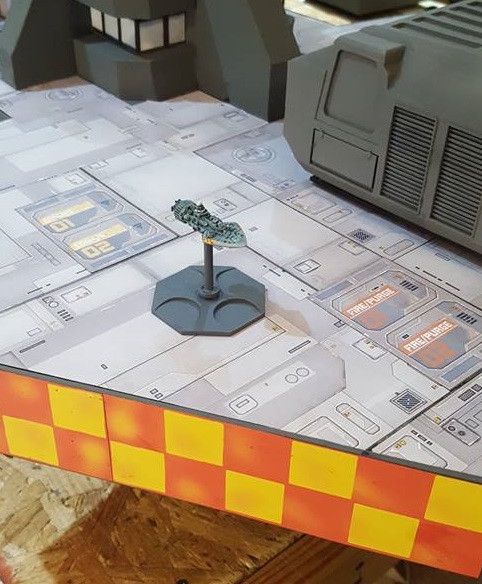 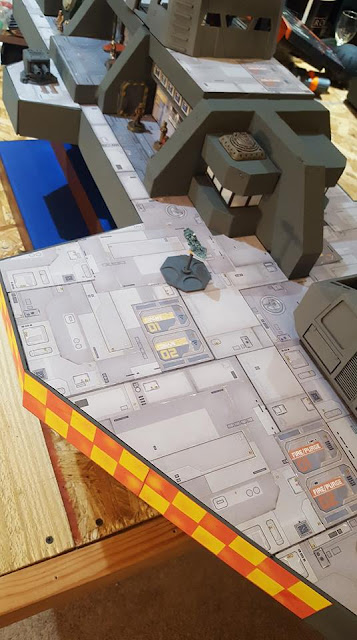 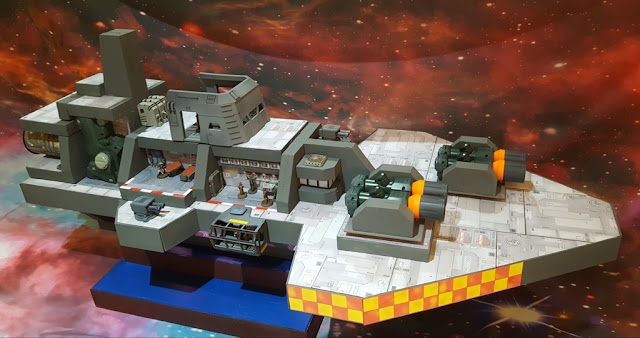 side view w Hangar Deck and Navigator's Suite below... 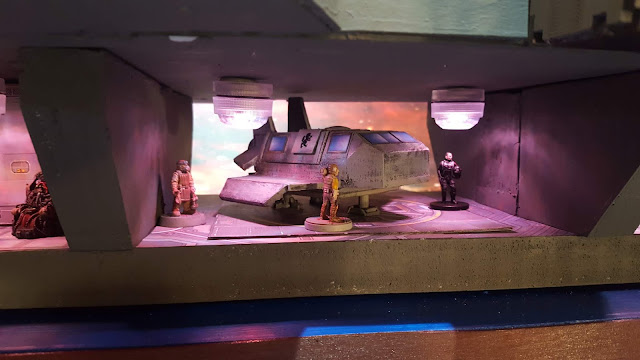 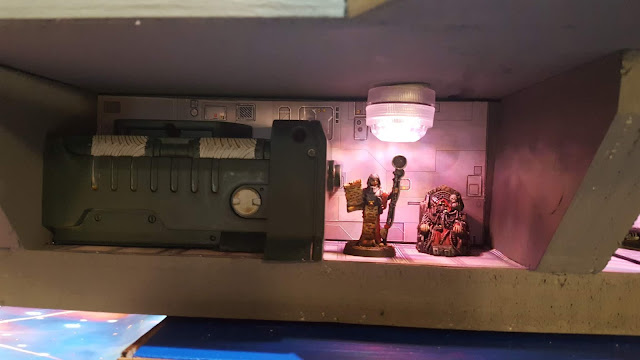 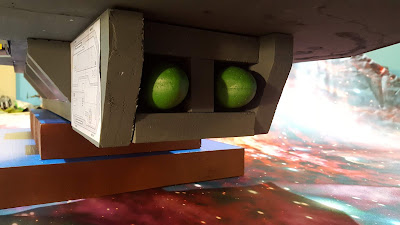 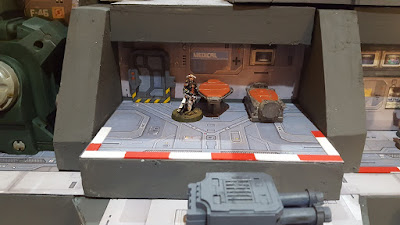 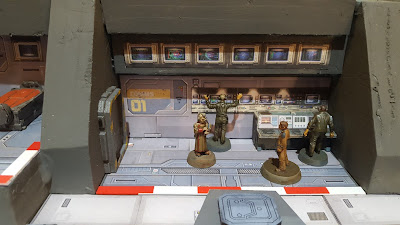 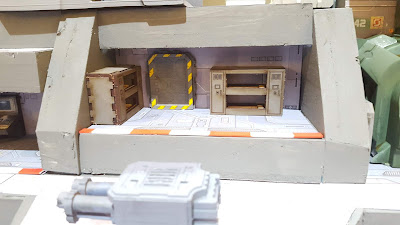 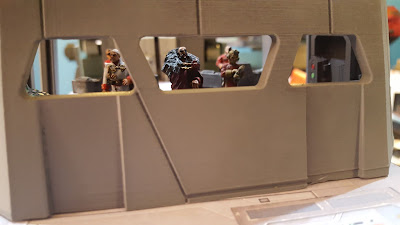 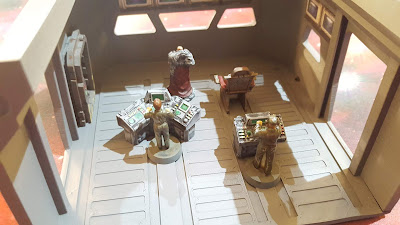 Some "under construction" shots... 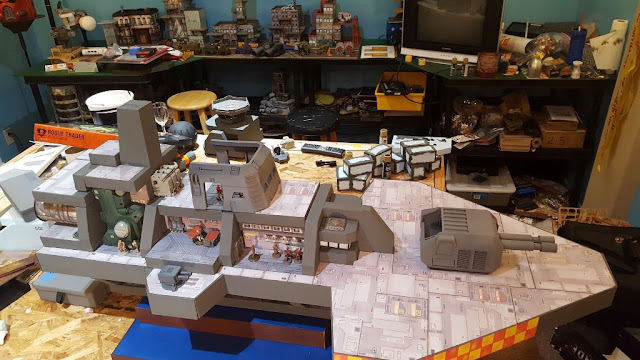 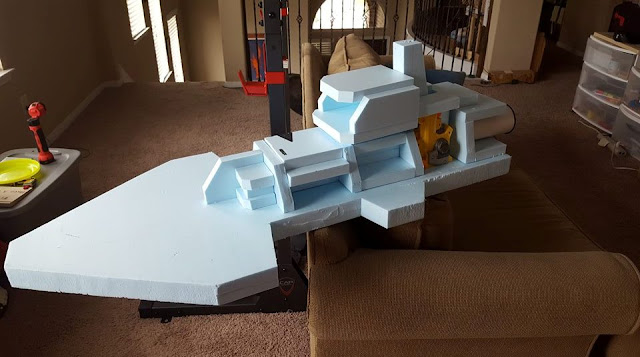 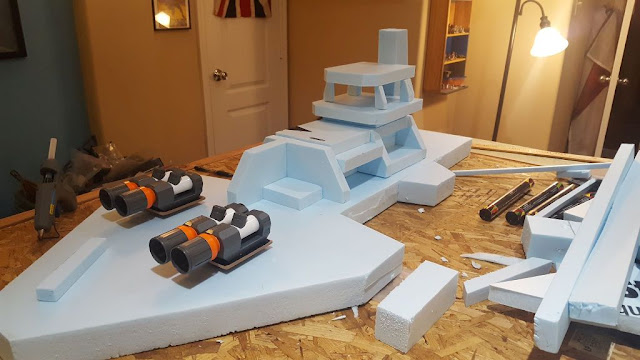 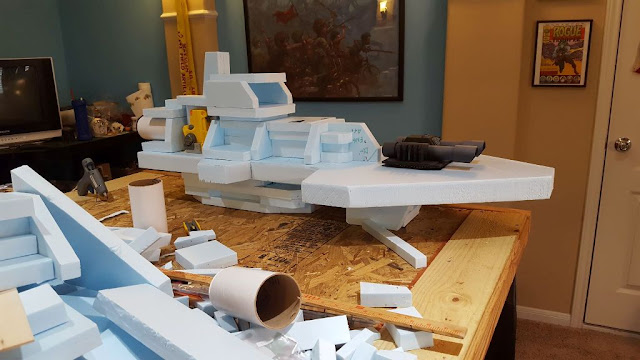 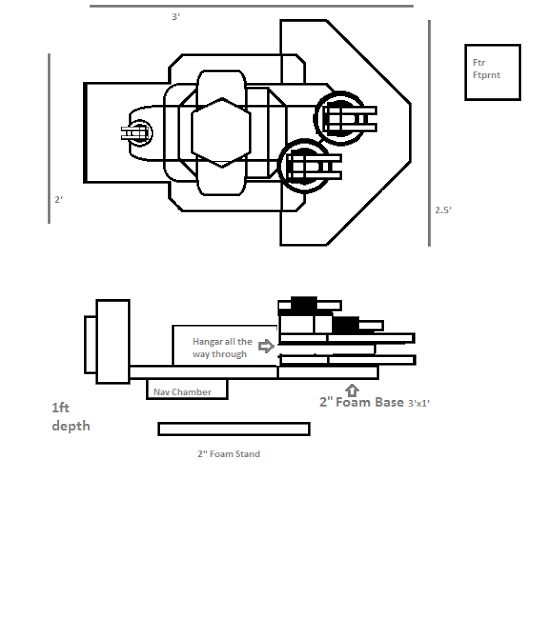 ----
The Idolon is the first ship I have built trying to specifically follow some 40k (although "Oldhammer") style and design. If you look at the "Thunderbolt Cruiser" from the Spacefleet line (first pic), her turrets are not in line, but almost scattered randomly across the hull. I've stylistically stayed true to that, and you can see from the construction shots, I have experimented with different loadouts. None of the gun turrets are attached so the model can represent other less important hulls when needed.

For background (if you follow my blog) all major Imperial Fleet combat units were recalled to Terra due to an obscure succession crisis about 2 years ago. Since then, only small Destroyers and Frigates have backed up Imperial interests in Sector Six (allowing all the other factions to pretty much run wild). The Idolon is a light cruiser (as per Spacefleet) of the Thunderbolt class, making her the lightest of light Capital Ships, but an Imperial Capital Ship none the less, with the mission of putting an end to the rampant petty squabbles plaguing the backwater of Sector Six. (Yep. she's in for a surprise. Maybe several.)

Historically, Light Cruisers had different specialties, and I decided the Idolon was going to be a "ship killer" along the lines of the USS Helena class from WWII. She's fast with heavy armament to take on larger ships, but the trade off is the complete lack of a strike wing of fighters and bombers.

I've already had her on the table as terrain for the Kill Team: Rogue Trader event at Goldmine Games, and I am looking forward to getting some space battles in...

I think you've all seen my build techniques before EXCEPT: the bridge was 3d printed by a friend of mine from an online design for Star Wars somewhere.

If you see something I haven't covered, just let me know.