Governor General Andres
So, General, this mining colony on Tfuncte. Apparently, there is a problem with Pirates.

GovGen
Well, the Major and Eight Ball are on leave, do we have anyone else?

Stanislaw
I believe so. There is a team led by a... (shuffles papers), Lieutenant Seveda. 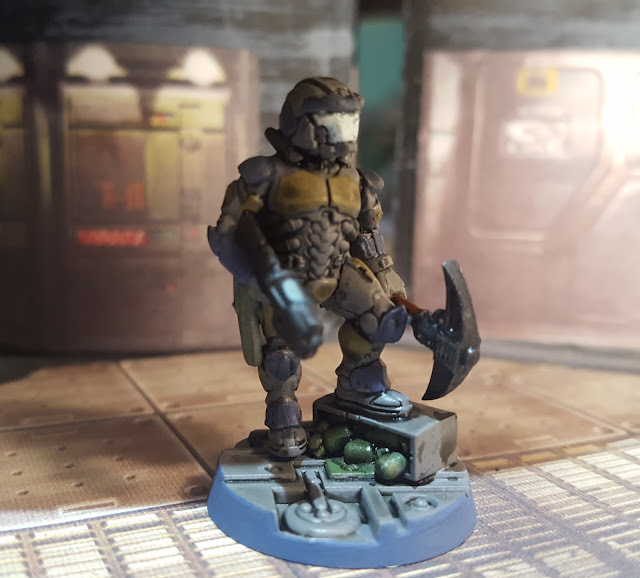 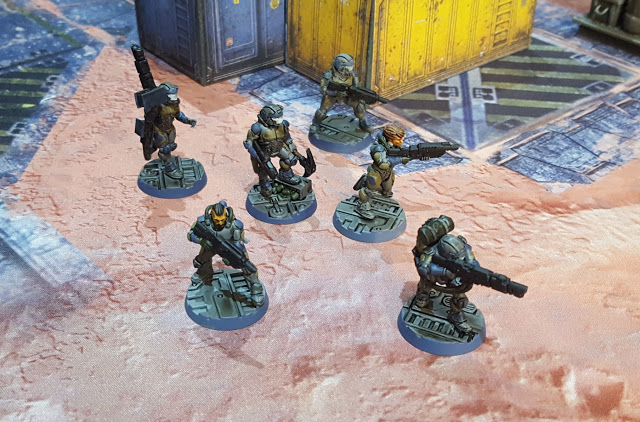 They don’t have the same experience, but they pack some serious firepower. 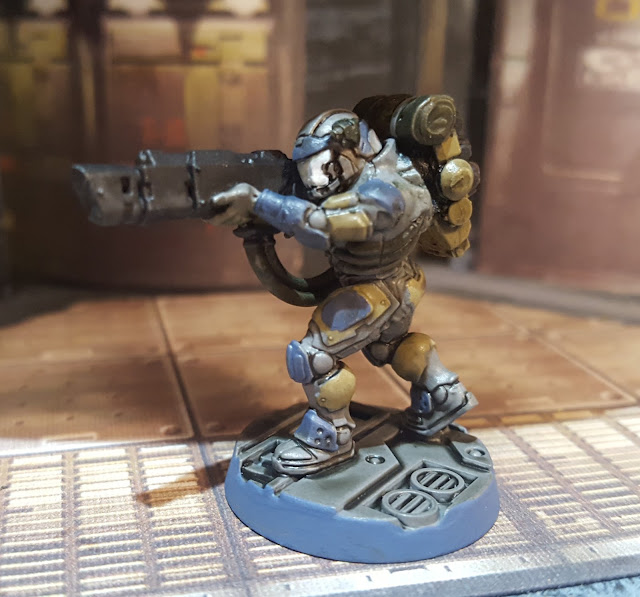 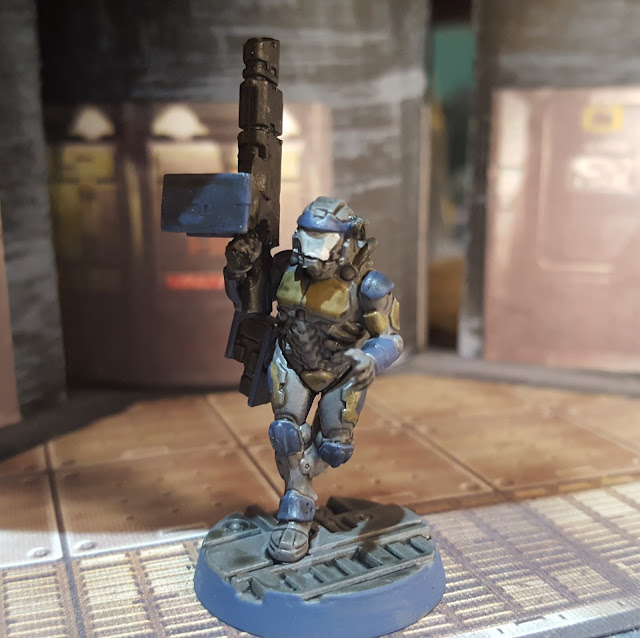 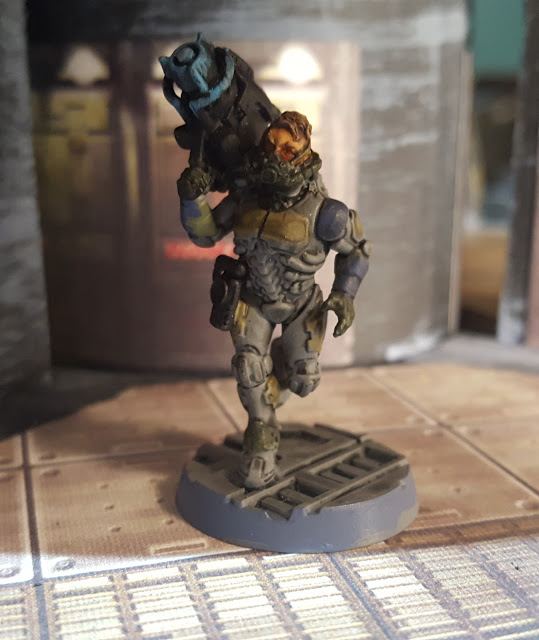 GovGen
Right, well, let’s give them a go… Option B, as it were

Stanislaw
Ah, “The B Team”, simply smashing…has a nice ring to it Governor

GovGen
Quite, “the B Team” it is then…

The minis are built from several sources:
- Torsos and Legs are Necromunda Van Saar
- Helmet Headswaps are Puppets War
- Breathing Masks are from Victoria Miniatures
- the backpack and magazine fed Hotshot Volley Guns are from the GW Scions sprue
- the Power Pick-Axe is from the GW Cultist sprues

I've played a few games with them, and in the spirit of  "Stillmania", I plan on adding a Comms and a Breacher Specialist to stabilize the list. I guess I need a "Medic" as well.... hmmmm

Seveda will be built out as a "Commander" once the supplement hits, and I'll have to convert a new "Leader".