The best way to hit a business is... 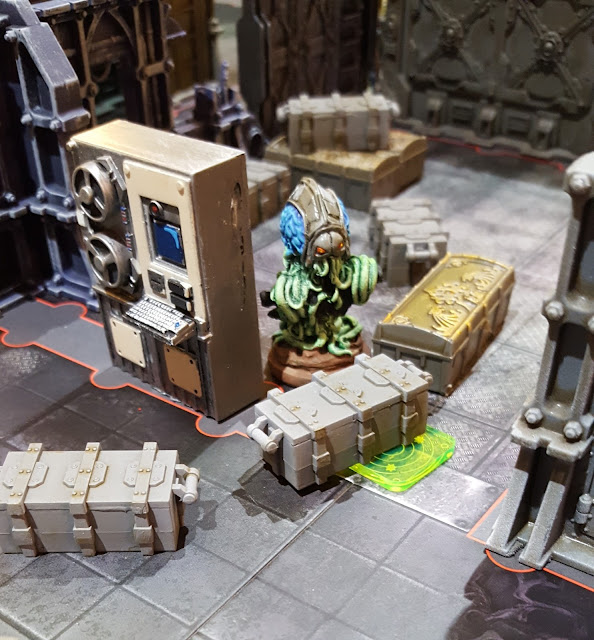 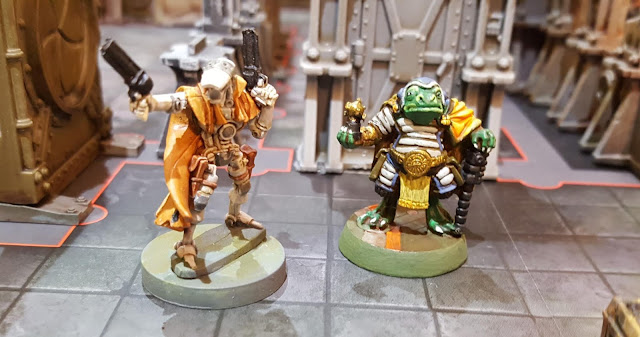 Trader Silio is aware of the threat to his main treasury vault. He hires the notorious gunslinger "Redd Eyes" to beef his security.

Hannibal's wounds were not as severe as feared (see last episode Link:HERE), and the Harriers are ready to take a crack at the Vault.

The Battle
The Harriers infiltrate the Voltanis Tigris compound and make it to the building containing the main Vault. 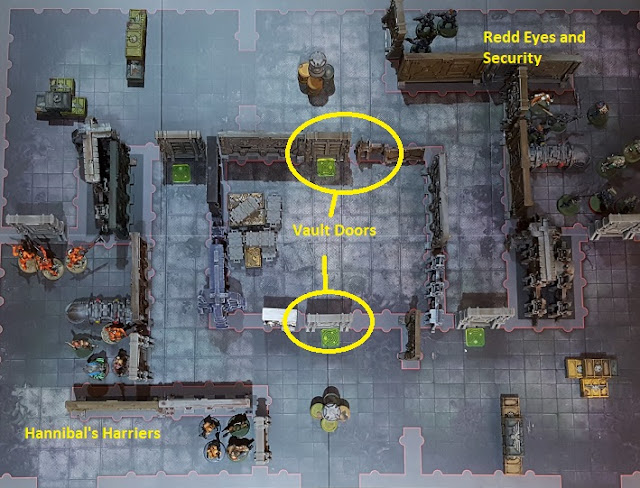 Redd Eyes and Voltanis Security enter from the opposite corner.  The Harriers must control the vault and keep security out to allow their Telebrainian to telekentically move the chests of money and ex filtrate the compound. 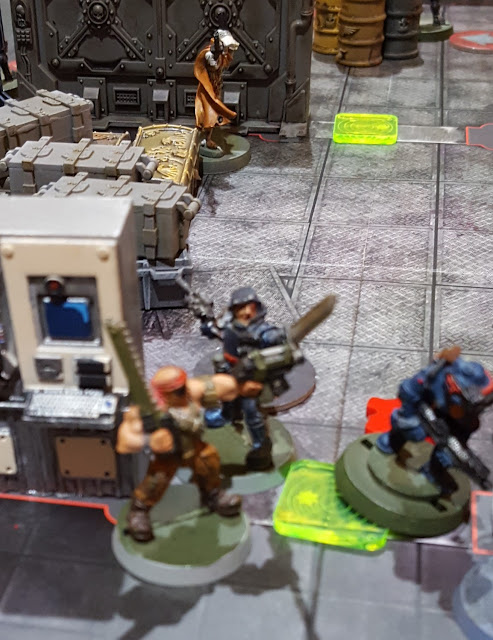 Sgt Rhinoski forces the lower door open, and is charged by the Voltanis.
He goes down but there's a quick follow up. 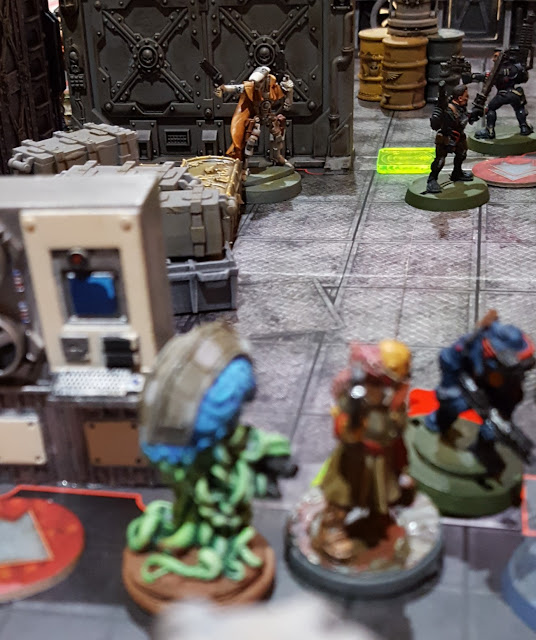 Redd Eyes steps into the Vault and readies himself to shoot down the intruders, but before Redd Eyes can get a single shot through the melee, the Telebrainian shorts him out. He falls back out of the fight. 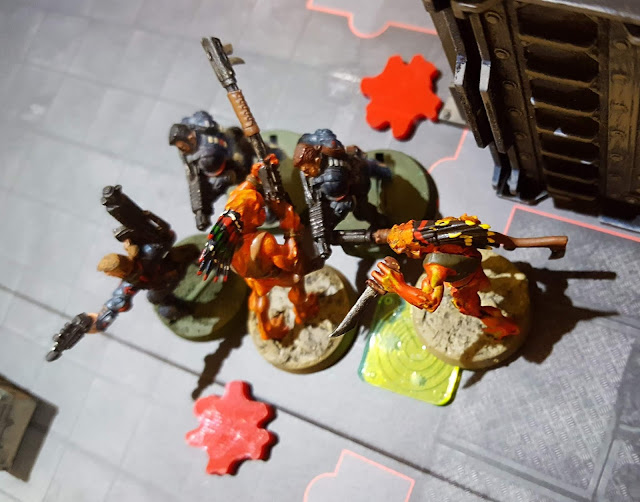 The Kroot sent up the flank crash into more security. Flesh wounds all over but no one goes down. 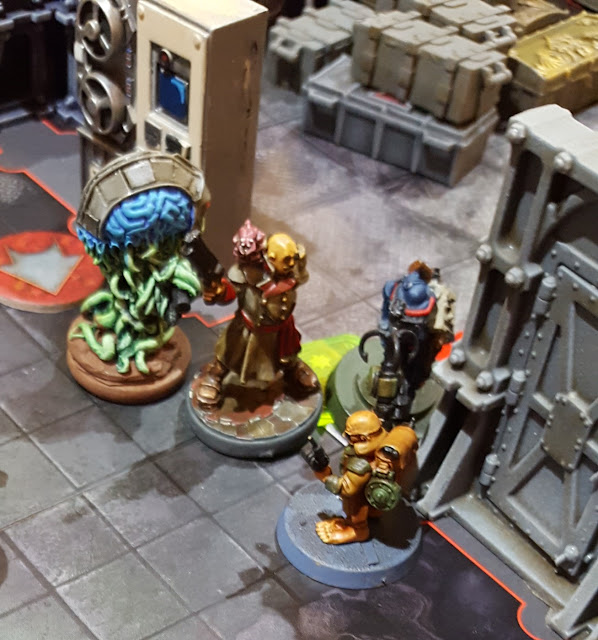 Meanwhile, back at the lower Vault door, Hannibal is just about took break through. Because of the flanking force, the remaining Voltanis Security had to stations themselves at the upper door to protect from both approaches... 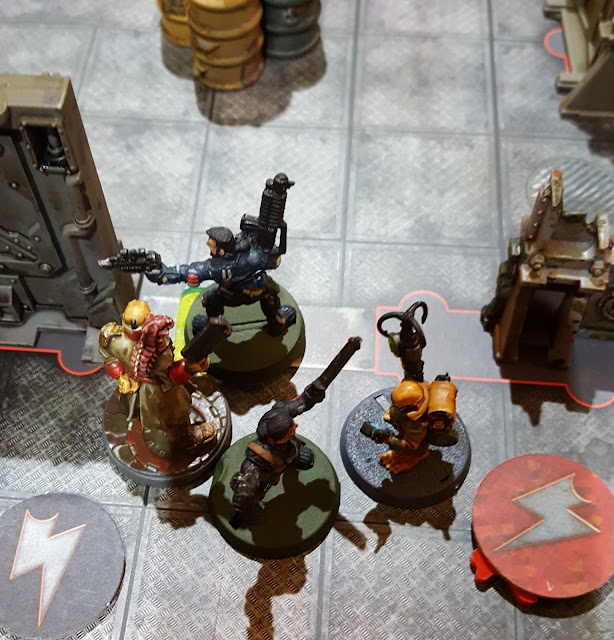 ...which allowed Hannibal and Raus to push through and take control of the vault. 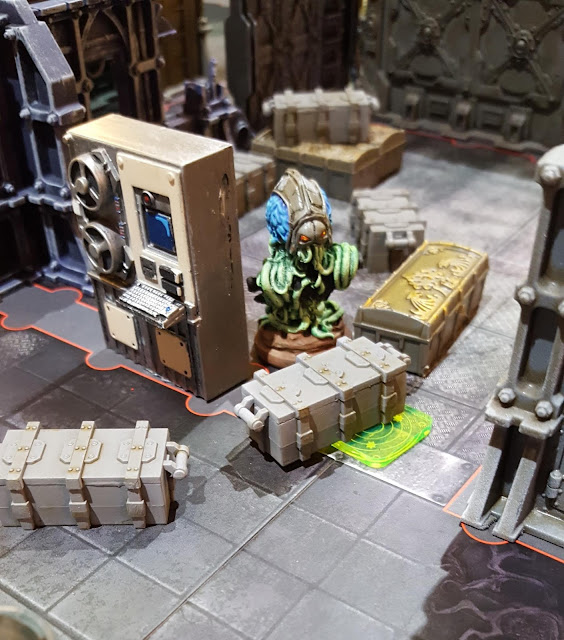 ..then the Telebrainian floated the money away.

The Voltanis Tigris will not simply stand by and let this go without reprisal...

Thanks for looking, and, as always, comments welcome!
Labels: Background Battles The Private War