Ocrade: We Can't Save Everybody, but...

The organized defense of Ocrade has failed and the Nusland facilities are in chaos.  See this post: LINK HERE
But the Kingdom of Colores has inserted a small team to rescue a Rhodian propulsion scientist,  Sker Da’Ourii before the raiders locate his remote research station.  He is being held "for his own protection" by Nusland Corporate Troops who are under ambiguous orders to "keep the Dr. from being captured".  The rescue team, led by Maj Guiscard, will have to proceed carefully as the orders to the Nusland Troops could be interpreted to kill Da'Ourii.

Unsure of how well equipped the Nusland defenses are, the Colores Assault Boats use a small landing pad screened by mountains. The team will proceed following a road to the station and attempt to rescue Da'Ourrii. 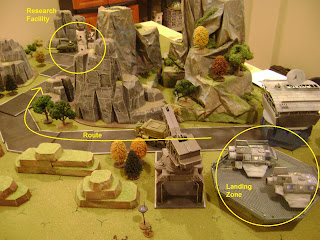 The Team is organized into 4 elements 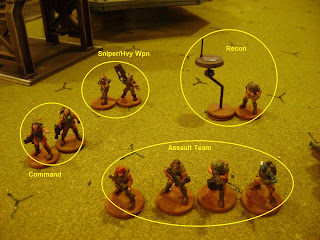 There are several potential contacts marked on the board, and when they pass into the LOS of Colores troops they are resolved as ghosts or as Corporate Soldiers 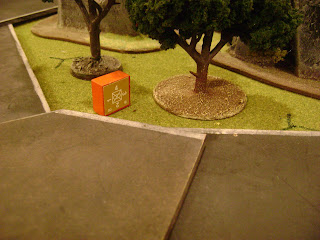 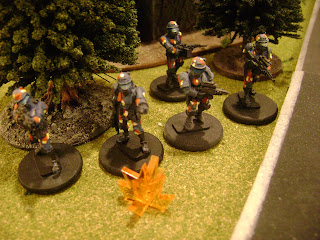 The landing goes smoothly and no enemy forces interfere 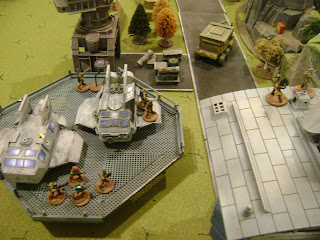 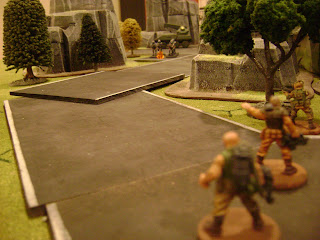 As the Snipers move through cover, gunfire explodes... 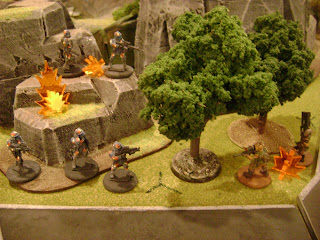 After a brutal fight, the Corporate soldiers are eliminated by coordinated fire, but the Snipers have taken serious damage. 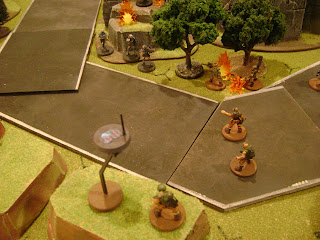 The team clears the turn and gets a good look at the Station defenses. The last of the unknown contacts are resolved showing 2 remaining units.  A squad in the woods to the left of the Station and a Heavy Weapons team in the tower.  Smoke is dropped in to cover the assault. 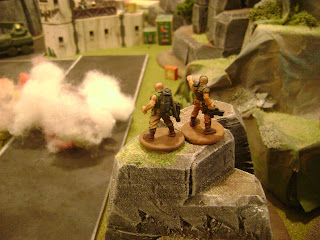 The Sniper Team is closest, so they are sent in first.  They run into a buzz saw of fire and are cut down 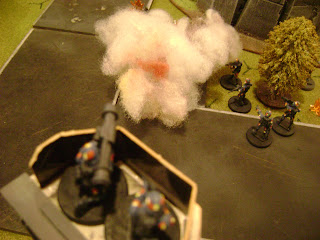 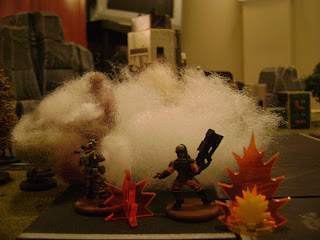 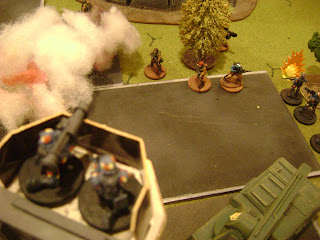 Corporate troops are not "to the last man" types, and negotiations are opened.  In exchange for transport off planet, the Nusland troops agree to surrender 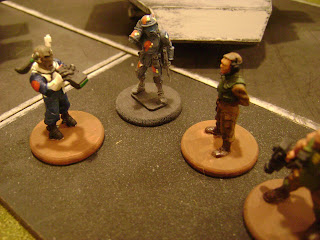 Although it seems like the overall Ocrade Campaign is destined to go down as a major tragedy, this limited rescue is a win for Colores.  Da'Ourii is agrees to continue his research on New Cypress, and a huge amount of scientific knowledge has been acquired. More could not be done for the other residents of Ocrade, but perhaps the Imperial fleet can accomplish something... 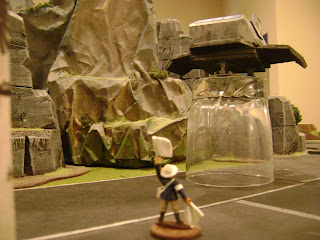