On the Hunt VI: Channel of Ghosts

In the briefing room of the KCS St. Marie, Adm. Jonah Stanislaw outlines the plan to attack the planet Haussen.  Even with the loss of Imperial assistance, the attack will proceed. The margin of superiority over the enemy is gone, but this is the first time, after decades of conflict, a Nazi base has been found. The alliance must strike.

So a new plan is in place: 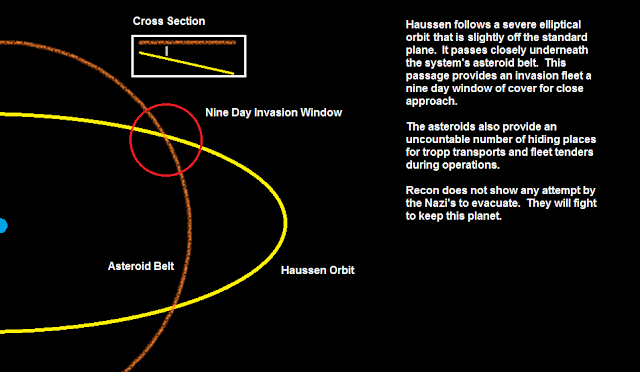 Because the Alliance will only be able to maintain temporary superiority in the sky, the invasion fleet will use the channels through the asteroid belt to descend on Haussen.  The transports will quickly unload and then withdraw to hide in the belt. It is possible the Reich's forces will attempt their own landings to reinforce the enclave on the planet.
(Any resemblance to the Guadacanal campaign is entirely in your imagination. :) )

The Battle of Savo Terminus
We pick up the action during the approach of the Alliance invasion fleet. The Troop Transports have transited the belt safely.  The first sign of Nazi resistance is a Cruiser based Task Force that jumps in at the Savo Terminus.  This is the entry point of a "slot" through the belt, and if the Nazi's can force the passage, they will be among the fragile Alliance Troop Ships.  Opposing them is a multi-national blocking force of ships with mixed tech, quality, and capability.

The Alliance Destroyers and Fighters burn hard to catch the back end of the Reich formation while the cruisers rotate back to concentrate their strength.  The Reich units Gregor, Wagner, and 318th screen the gunline from the impending Alliance attack run. 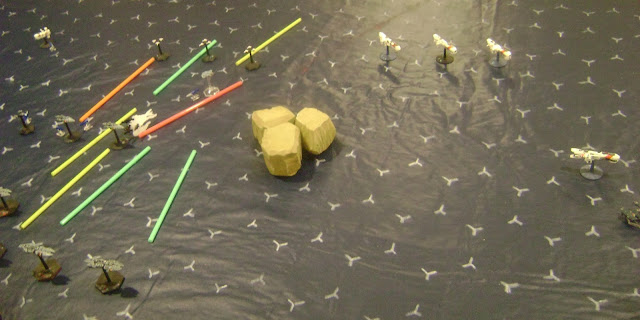 With fire support from the Reichs heavies, the Alliance lights are broken up far from the gunline. The Gregor is destroyed in exchange for the loss of 2 Alliance DD's. 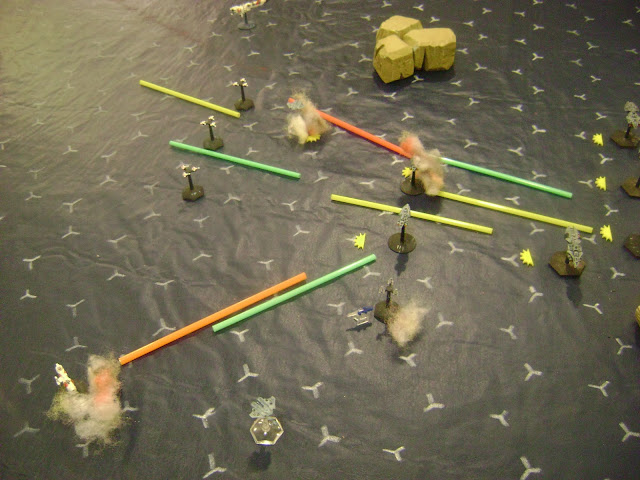 The heavies come into range next, just on the other side of Savo Asteroid. 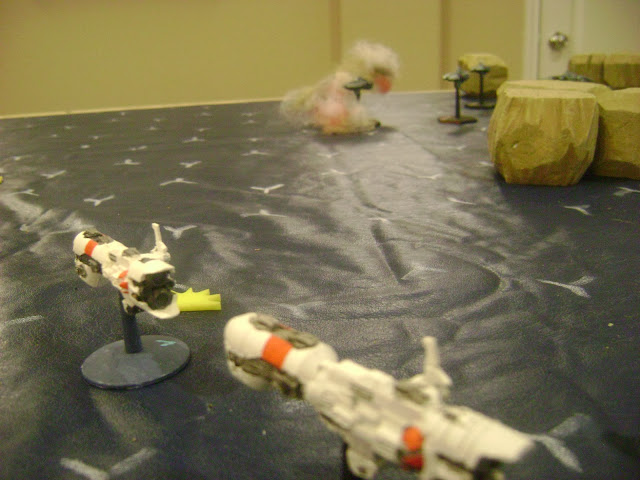 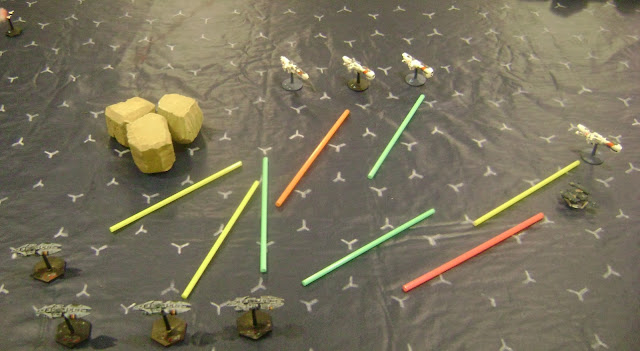 The LuftKrieg is overmatched by a cruiser, and the throw weight takes its toll.... 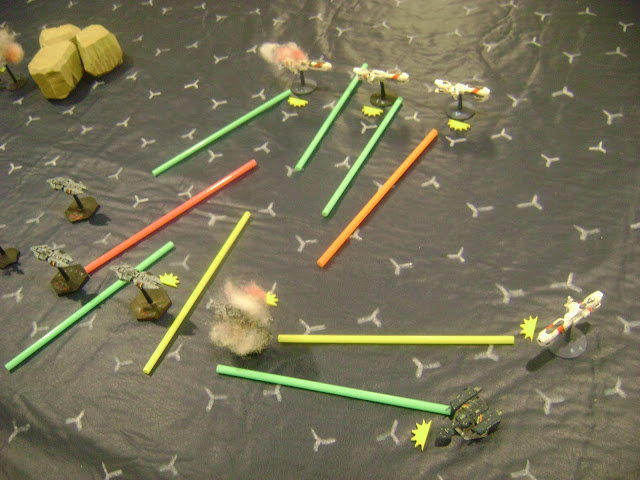 The Alliance holds Savo Passage, but at the loss of 2 DD's destroyed, 2 CA's heavily damaged, and less than half of the Fighters deployed were recovered.  The Nazi's lost both CL's and 2 CA's, but jumped out of the battle after recovering their fighters. 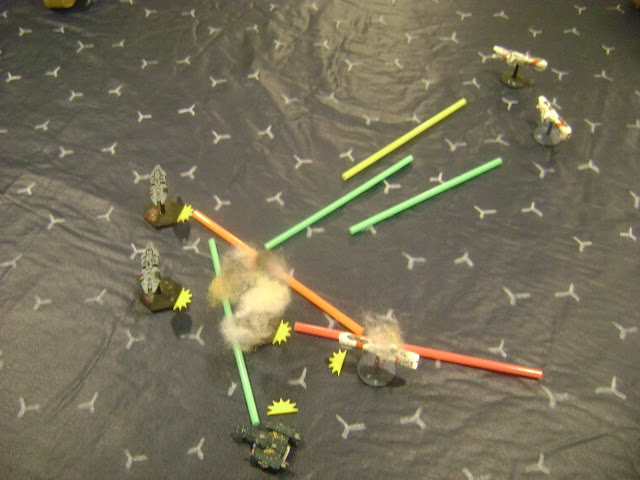 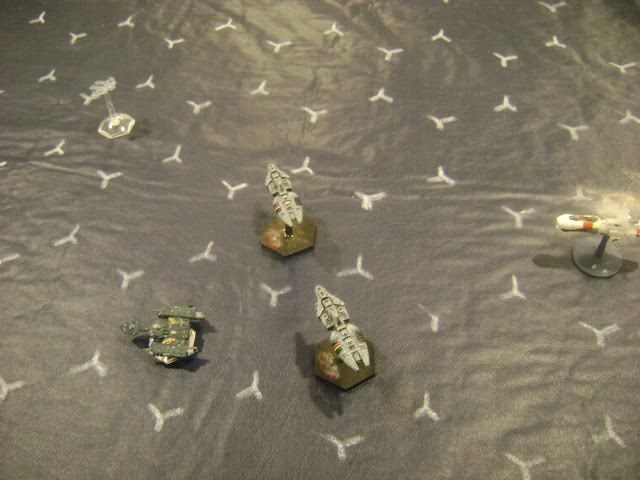 I would like to offer a slightly belated WELCOME to our new followers:
kmfrye2001
and
Grigork