Background
Chasing the many threads of a wide Nazi conspiracy, the Colores agents have split into 2 action teams. One team, led by Agent Sophie has traveled to Krellborn IX.  They have made contact with an allied Imperial agent, Inquisitor Verhoeven. Reports have started to come in, and here a a link to the action so far:
Multi-Player AAR at shoe3ox

The second action team, aboard the KCS Helena, reaches a parking orbit above Toolenay and through the connection to the planetary data net begins collecting information for the investigation.  As the relevant facts filter in, 8 Ball Command and Sulla Tigh narrow their focus to a small research lab that has made a mysterious and sudden leap in capability with gravity based propulsion technologies. 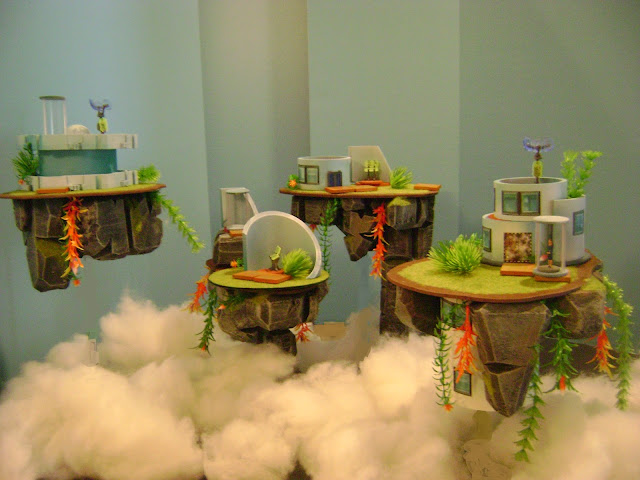 SITREP
Waiting until nightfall, a small team consisting of Maj Guiscard, Sub-Ambassador Tigh and Specialist Bont will attempt to infiltrate the lab and determine if there is a trail back to the alien that attacked the party on Eden Station LINK. Also, they will look for evidence of a conspiracy involving Imperial Agents in the employ of Countess Quintilla. 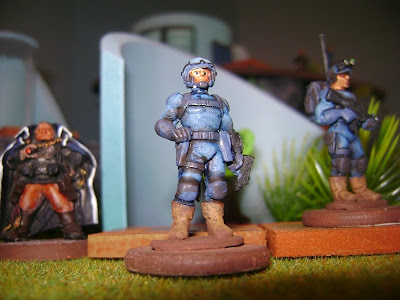 The Helena has intercepted communications indicating that the known Reich’s Agent Baroness Niehoff (and underlings) are monitoring the area, and may try to interfere. 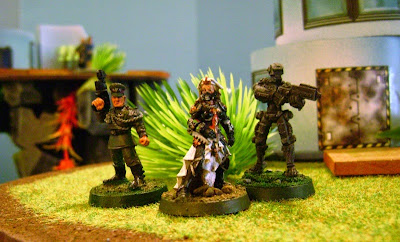 The Plot Points
Try and make contact with the Lead Scientist, Dr. Woiller
The bodyguard will have to be dealt with and is considered an “Extreme Peril” 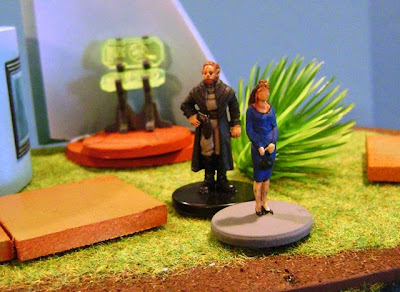 Access the lab’s datanet through either one of the consoles and retrieve data to be examined later. 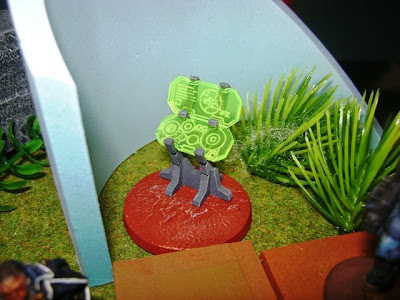 Lastly, it is possible to pull experimental data from the labs telemetry sensors. (This would be less valuable than information from the datanet, but useful all the same)

Special Rules
To move between each of the floating islands, the locals use a system of magnetically controlled PeopleMover pods. If Characters move to a PeopleMover Station, their pod can be placed at any other station to finish their move. 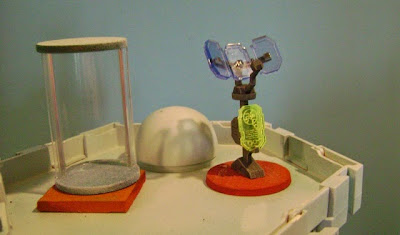 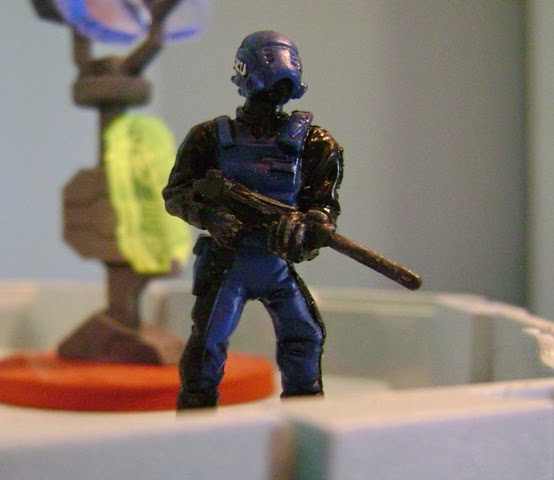 The Datanet cyberspace map will appear once a Character has moved to a console.  This is based (read: COMPLETELY STOLEN) from Maelblogia’s ingenious invention for cyberpunk action in Pulp Alley, LINK: Cool Cyberspace Idea.