Background
The orbital supply and reinforcement drop from our last episode was at least successful in getting the Kingdom of Colores (KC) gear and soldiers to the ground. Now, the challenge is to assemble the scattered units before the Reich can destroy them piecemeal.

This episode is the first of a set of 3 battles of the KC Troops moving to the rally point and the Reich’s forces sent to intercept them.

SITREP 1
Some of the KC troops were landed south of a water feature known as the Tango River.  A platoon of Honschu were deployed as guides and escorts to gather them up and bring them north to the rally point. 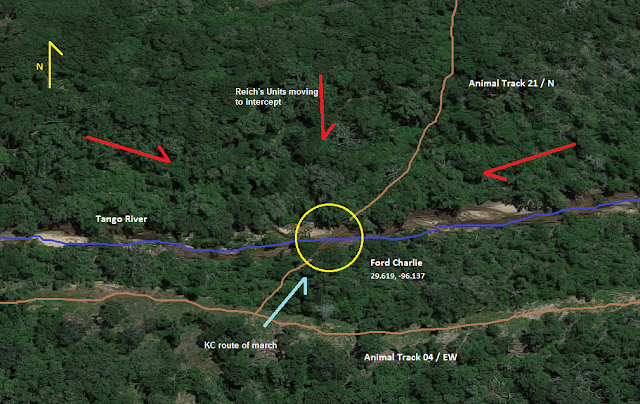 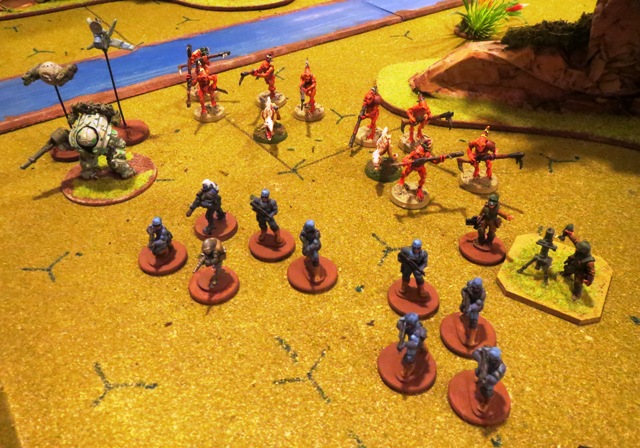 The group made it as far as Ford Charlie when they were intercepted by a Reich force: 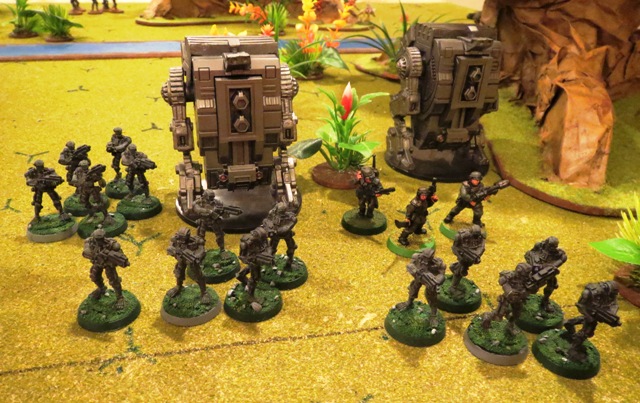 The Battle
MAP PIC
Lt. Philo and his troops were approaching from the south in file order and the Reich’s troops were trying to assemble from the other three points of the compass after detecting the KC force. The fight itself was a whirlwind as both sides arrived piecemeal and threw any newly arrived units into the fray at the ford. 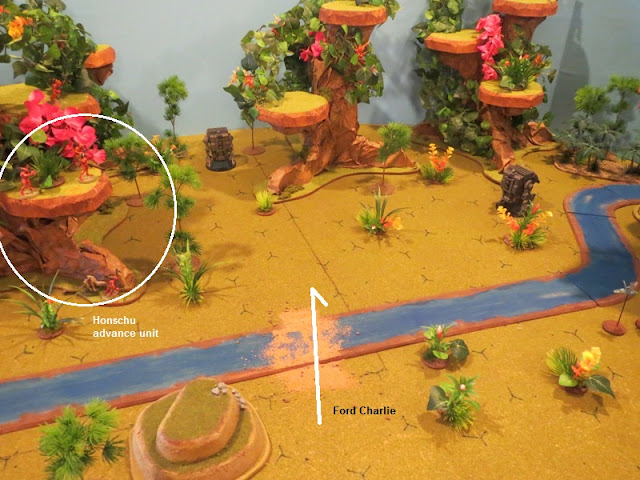 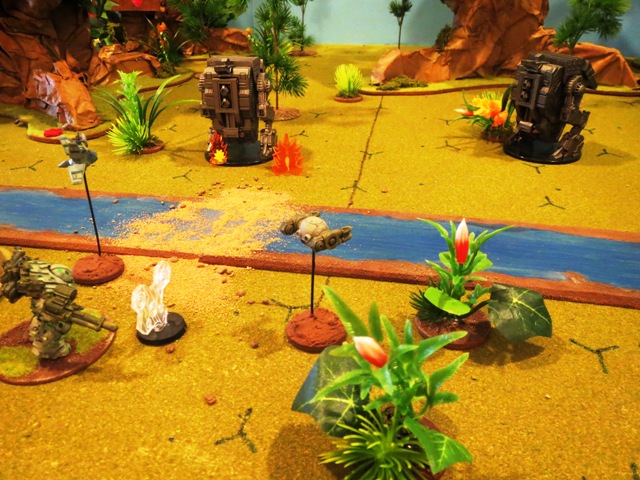 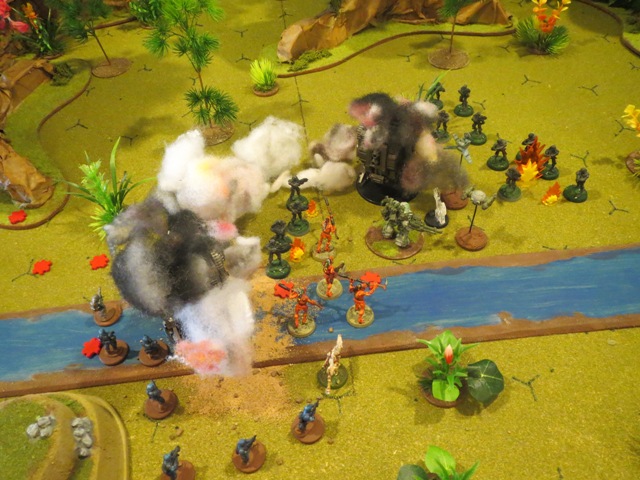 In the end Lt. Philo was not able to solidly establish a foothold north of the Tango River and under the cover of an artillery smokescreen the KC survivors exfiltrated toward the west. 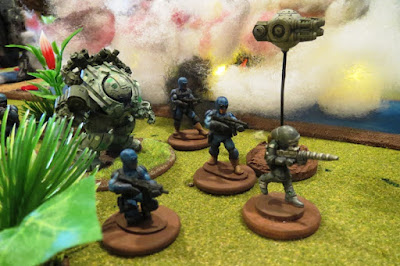 “Bridgehead” is an extremely chaotic scenario:  the units from both sides arrive piecemeal, plus the defender arrives from random board edges.  The telescoping of the action to the ford led the whole thing down to a slugfest of who could roll better. If not particularly abundant with tactical choices, it was still fun to play. Speaking to my personal preferences, this scenario is a perfect illustration of the strength of playing detailed scenarios.  I honestly would not have enjoyed the game if I was playing in a FOW or 40k tournament, but as a situation placed in front of me, and given orders to execute, it was a blast. (BTW – I was playing the bad guys)