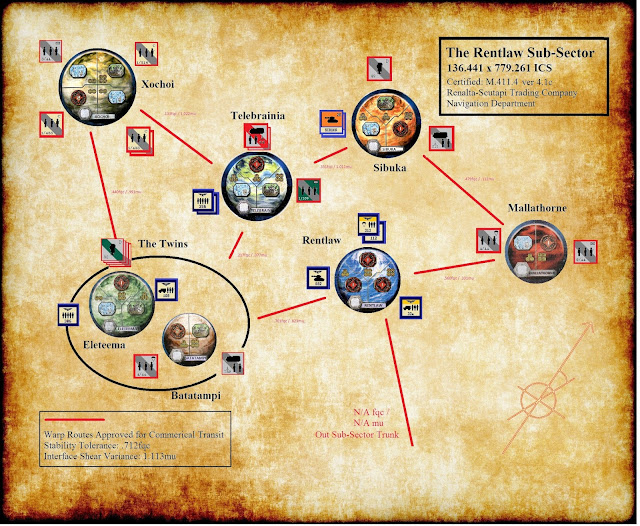 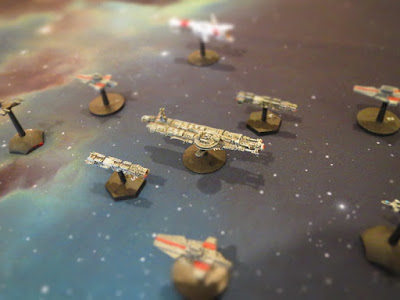 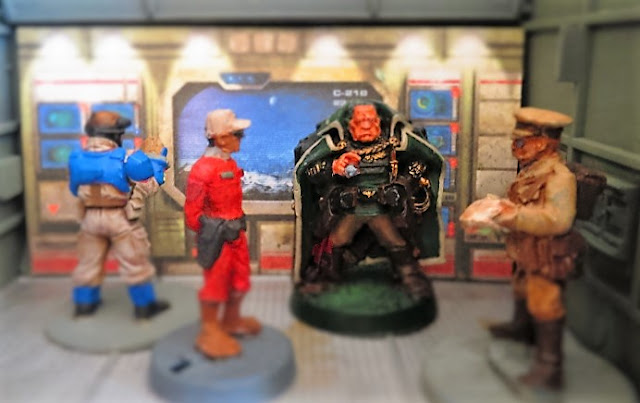 Imperial Operations Officer, Commander Linus Palitar
The map on the screen tells the story.  Governor and Sub-Ambassador, I cannot imagine the situation as being much worse. We are in retreat on almost all fronts, and the whole Rentlaw Sub-Sector is descending into chaos.

Sirs, if you follow our analysis, listed below are individual actions of note:

The one piece of unqualified good new is that there is a new Space Marine force inbound to the battlespace:
Vlad The Polar
Wolf Lord of the Space Bears
Warlord trait: Tenacity: Your Warlord has the Feel No Pain special rule

Fritz Von Jaegar
Was once one of the craziest leaders during WW2 he ruled with fear and death.  No Germans would think twice crossing his path or doubting his rule and order.  During Germans push to get all there forces they could through the portal, Fritz Von Jaegar was injured with life threatening injury's.  He then pushed himself to make it through the portal and meet up with the rest of the Army.  Chaos powers had a different path for Fritz and some of his army.  In there surprise they ended up meeting some of the chaos followers and they took Him and his army and questioned them and tortured them.
Fritz Von Jaegar was the last to be tortured.  His injures where infected and his life span was and a bleak end.  They tortured him for 3 weeks and 4 days.  The Chaos followers seen him hold on to life despite his injury's but saw the damage they did to his mind.  They then decided to encased him in a dreadnought body and give him a new nickname.  One that would make the sound of his name instill fear into his enemy's.
DreadKlaw the Krazy.

Special rules:
Furious Charge
It Will Not Die
Rage
Rampage

Aidan Perdron was wounded and the Grey Knights were forced to withdraw trying to stop a raiding Ork force. The marauders were led by a warboss calling himself "Kommisar Yardstikk". Whether this is the same "Yardstikk" that plagued the sector 3 years ago, or a simple copycat is unknown at this time. We will follow his moves closely.
___________________________________________

Please go visit the awesome "If It Wasn't for Ones" blog for his exciting Batrep:
http://ifitwasntforone.blogspot.com/

Thanks to all the contributors.  Keep 'em coming!
Three more weeks! (IF the Imperials can fight back!)
Labels: Battles The Rise of Tyranny Campaign