Preliminary Situation Report 28April2016
From: 1st Titan Army, Kampgruppe Fulkner
To: Reich Kommand, Xochoi
To the Reich High Command, it is with a heavy heart that I send this report with our beloved  leader Otto Fulkner dead, but we all must do our duty as he always said….
Body of Report linked here:
http://ifitwasntforone.blogspot.com/2016/04/sector-six-schwarzaber-out.html

Situation Report, Action at Eleteema
From: 1st Titan Army, 1st Brigade, Kommander Schaklow
To: Reich Kommand, Xochoi
After moving our Titan Spearhead to Eleteema to resume the Offensive, the 1st Brigade advanced uncontested to the Maestri Plain. A force of Imperial Grey Knight Space Marines was detected to the front, and the Titans “Wildschwein” and “Gross Hintern” engaged. 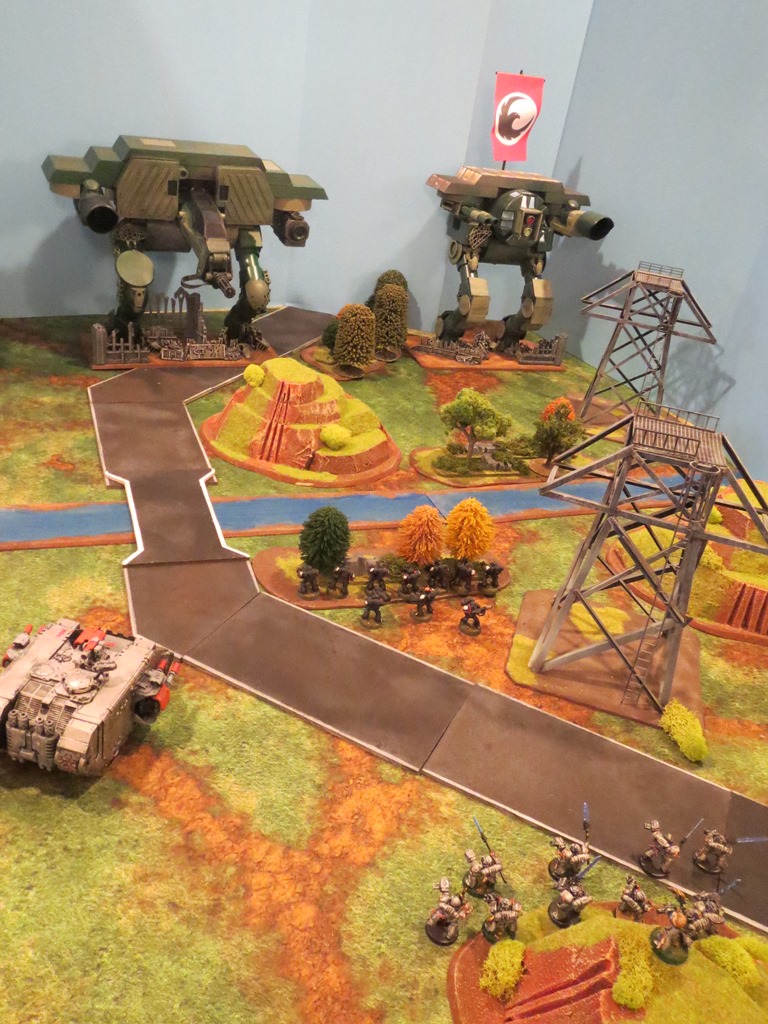 It was an ambush. Our Titans were immediately set upon by an allied gunship that dropped from orbit, and destroyed “Wildschwein” in the first volley. 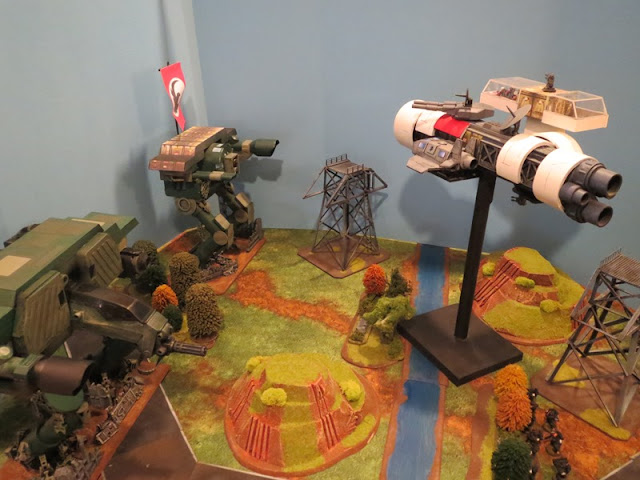 “Gross Hintern” continued the fight, but, being the only target for the entire Grey Knight force, was soon overwhelmed and destroyed. 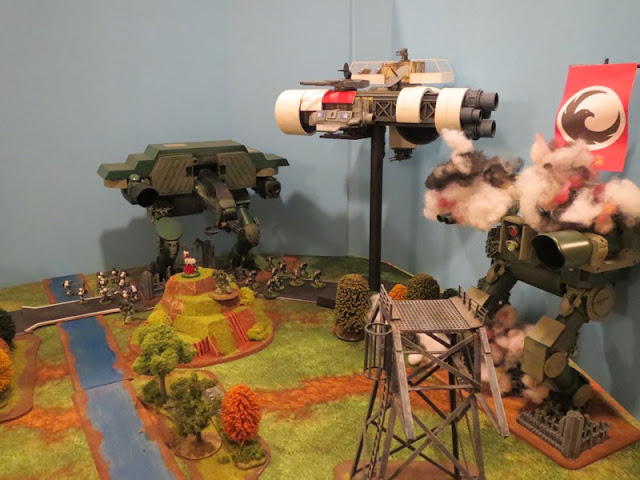 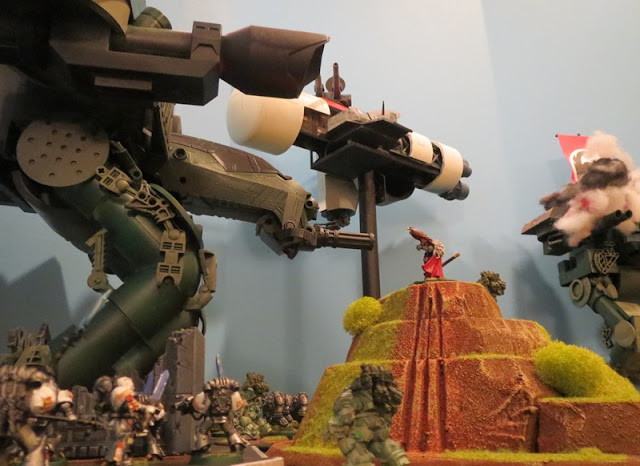 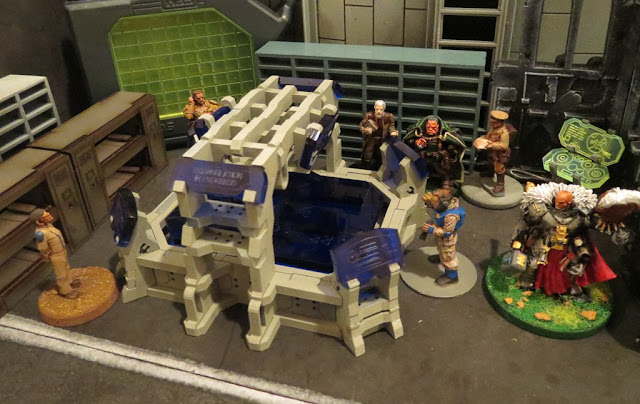 Imperial Sub-Ambassador Sulla Tigh
Gentlemen, it has been a long debate this day, but the inescapable facts are these:

1, Until this cycle, we have been relentlessly pushed backward, .and as of sundown, the Reich’s forces are fully in control of 3 planets of the Rentlaw Sub-Sector.

2. Make no mistake, we cannot continue the fight. We have expended our last major formations, and without naval support, our forward strike capability is down to the few Space Marine contingents.

In conclusion, with our sudden success on Malathorne and the Grey Knights victory against enemy Titans, we are in a better position to request a cessation of hostilities. This we must do.

Final Score
Reich and Allies 16
Imperials and Allies 13
a minor, but clear Victory for the Reich.

After the conclusion of negotiations, the planet Rentlaw itself, will be the only Imperial possession in the Sub-Sector.

The Reich is still hungry, the Imperials are still distracted and weak.  Peace will not last long.

I will provide a campaign ribbon widget to all participants in the next few days, and I will have a follow up post to talk about how the stats, and what I think worked well (and not).  I welcome your input.

I want to recognize some outstanding contributors to the success of the Campaign!

From all the way across the pond, Frank O'Donnell and his cohorts, giving the fight for Rentlaw international and intergalactic flavor... Thanks

FNP Gamers for their participation.

GOLDMINE GAMES and the owner Mike Gupton for being such a gracious host, promoter, opponent, and friend in this effort.

The 290 Bunker Crew, my home club.  Thanks for welcoming me back a few months ago, and embracing my first effort since my return. ...and thanks for all the games. :)

My son, Robert for joining me in this hobby and pushing me to develop the idea and carry it through with his boundless enthusiasm.

...and the most prolific participant, Chris Wroblewski!
He fought in the most battles, WON the most battles, provided source material and encouraged more people to play.  I never met Chris before this campaign, and I have found him to be a warrior and gentleman of the highest order.  I am glad to have met him.

Finding new friends is a great reward from this hobby. If you play at Goldmine Games, take the time and go out of your way to meet Chris. If you are reading this blog in Ireland, or planning to visit the place, seek out Frank and his club, and if you are looking for a game in my neck of the woods (NW Houston), come on by the clubhouse.

This was a great ride, thanks again to all of you who participated.

WATCH THIS SPACE FOR THE NEXT ACTION IN SECTOR SIX!
Labels: Background Battles The Rise of Tyranny Campaign