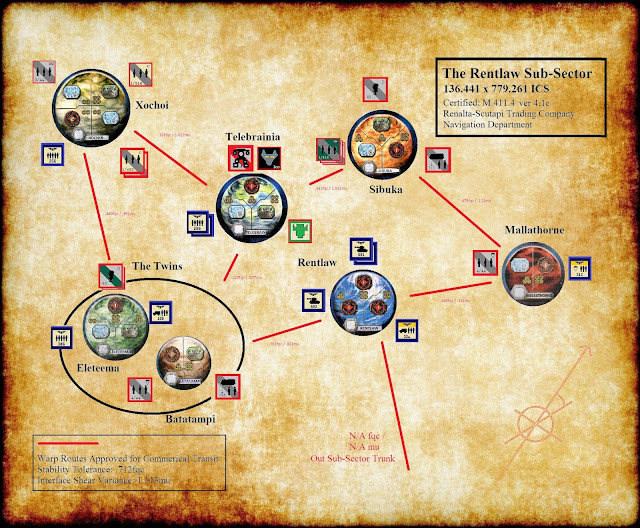 Imperial Intelligence Brief
A short update this week, as the action is so furious, information becomes outdated before it can even be published.

In general terms, there are simultaneous offensives from the Reich and the Imperials.
The Imperial troops have attacked from Telebrainia into the origin of the Reich's incursion on Xoxhoi. The Reich, has diverted forces from the advance through Sibuka back to Telebrainia in an attempt to stabilize the front.

Alarmingly, there seems to be reports of the Reich employing a Titan in the combat on Telebrainia. Grey Knight Grand Master Aidan Perdon is leading a task force to investigate.

Although a comprehensive analysis is unavailable at this time, the images below should convey the incredible intensity of the fight: 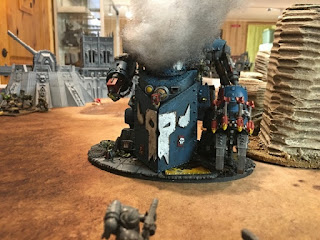 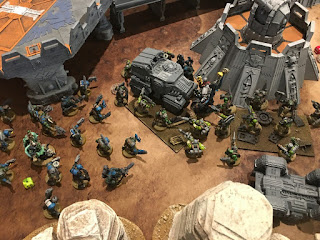 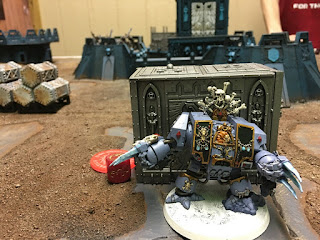 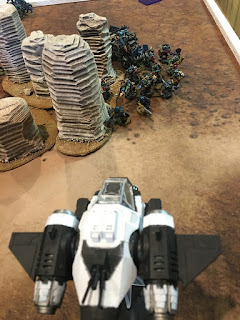 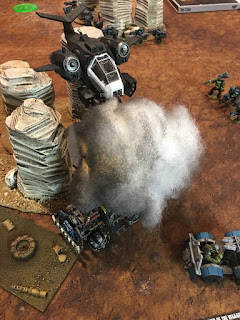 An up and coming Leader in the Raven Guard, Sgt. Crowe is known for working closely with the Inquisition. His most famous trait is his ability to “Vanish into the Gloom” His unit arrived in the Rentlaw Sub-Sector as part of Task Force Omega, and they have been part of the Imperial effort since the tough early setbacks. Working with Inquisitor Gordianus and his Stormtroopers, there is every expectation that Crowe can turn the war around and accomplish deeds that will go down in the annals of the Raven Guard Space Marine Chapter.

Grand Master Perdon has taken a unique path to his place in the Grey Knights. The legends say that he was trained and developed by a now extinct chapter of Space Marines. He was an experiment for this Chapter, a unique specimen, infused with a strand of DNA from the Emperor himself.  This awoke psychic powers so strong in Perdon, that Choas Demons were drawn to the chapter’s homeworld and in a frenzy of malice and hate the whole chapter, was destroyed. Perdon was the only survivor.  His miraculous escape is attributed to the Emperor’s DNA. Perdon wandered the galaxy, alone and uncertain of his purpose, until he heard the psychic call of Kaldor Draigo, Chapter Master of the Grey Knights.

Draigo sent his knights to find Perdon, and once they made contact with him and his amazing origins were verified, they welcomed him as a brother. They trained him in the psychic arts, focusing on Pyromancy.

He has fought with distinction for decades, and the “Rise of Tyranny” campaign is his first action as a Grand Master. He carries no sidearm, but has a lifelong companion, a vicious two headed eagle from earliest days with his original chapter.

Labels: The Rise of Tyranny Campaign