Rise of Tyranny Campaign: Week 5 and 6 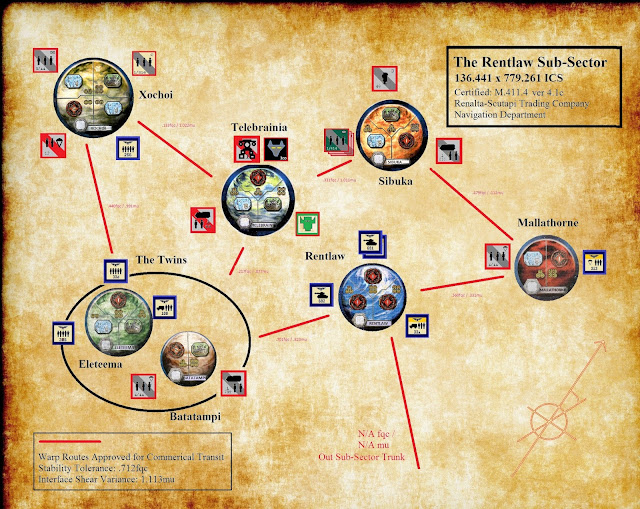 General Onarisco
First I would like to congratulate the Spacewolves under Cmdr Miller for pushing the Reich off of Eleteema and bringing some success that we can build on.

Our general offensive has pushed to Xochoi, but unfortunately the gains have been offset by the loss of Telebrainia. Our beloved Obsidian Knights have been pushed off planet.  It is rumored that Captain Collier has been wounded. We await further developments.
(Pictures of the action below) 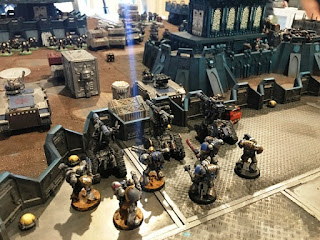 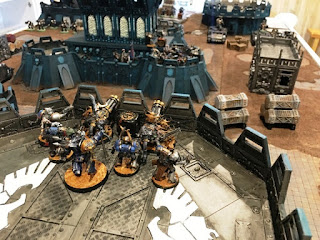 Additionally, we have late word that the Reich has recaptured the Starport on Xochoi, so our forces there are isolated and cannot be resupplied.

We have reports that the Grey Knights under Grand Master Perdon have inflicted a defeat on the our fearsome enemy known as Murderfang. Although that news is heartening, no word yet on his search on whether the rumors that the Reich has fielded Titans are true. 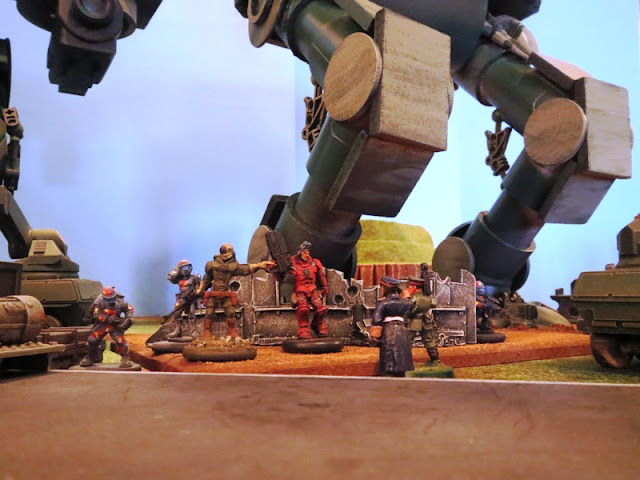 Reich’s Kommander Schaklow
I would like to recognize Chaos Space Marine Commander Lindsey on his defeat of the Obsidian Knights and the retaking of the Xoxhoi Starport. His victory will free up many troops for the front.

However, we are stalled.  After so much early success, we have now traded this same ground with the Imperials four times.

Oberst Neumann
But Sir, we have destroyed so many of their forces and our new Titans have been upstoppable… 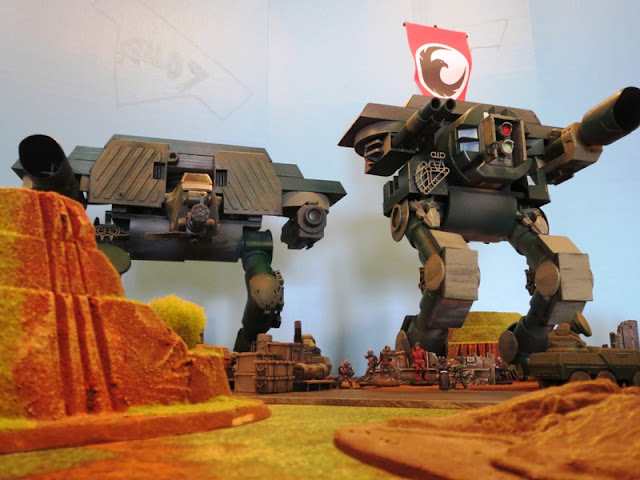 Reich’s Kommander Schaklow
Unstoppable?!??!!?!!
Then why are we fighting back here, instead of the leading edge of our offensive?
We have been too cautious, and secretive. We have been too clever and outsmarted ourselves.

Tomorrow, we will no longer “husband our resources”. Tomorrow that is cowardice.  In the morning, we move the Titan Army to the front and we show the Imperial dogs that nothing but DEATH awaits the enemies of the Reich! 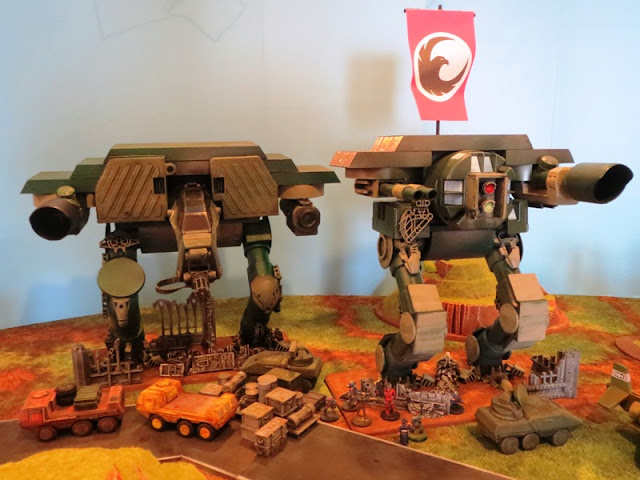 The two Titans are scratchbuilt (of course), from a whole bunch of disparate parts. I don't have much documentation (pictures) of their construction, but if you have specific questions, I'm more than happy to share anything about what you want to know.

ONE MORE WEEK OF FIGHTING!!!

Thanks again for looking