‘Twas the night before Christmas, and on the edge of space in Sector Six
The soldiers of Eight Ball Command were up to their old tricks

Intelligence had found a factory where Space Nazi’s were building machines
And although they had a lot of security, Eight Ball crept in unseen 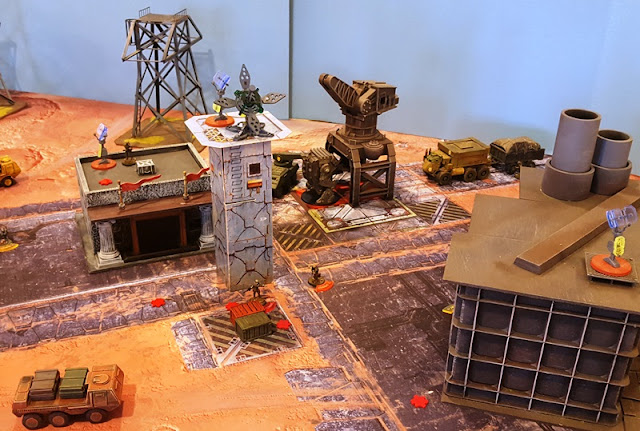 “Mark the radars and other air defenses!” ordered Major Guiscard, his voice full of wrath
“The ‘Shelly’s inbound, and her strike planes will need a clear path!” 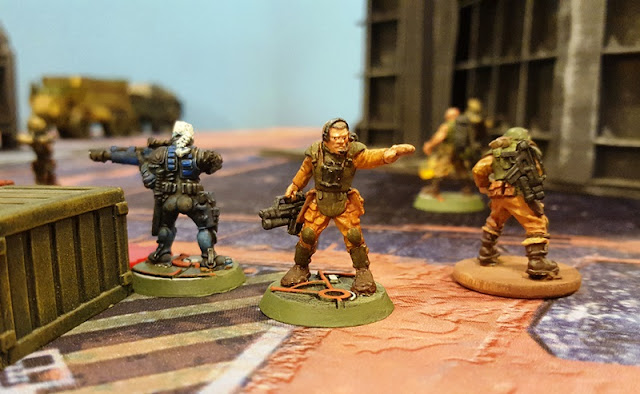 Above, the Shelly’s navigator transitioned the giant ship from warp into perfect position
She hung in geosynchronous orbit, her pilots eager to launch for the mission 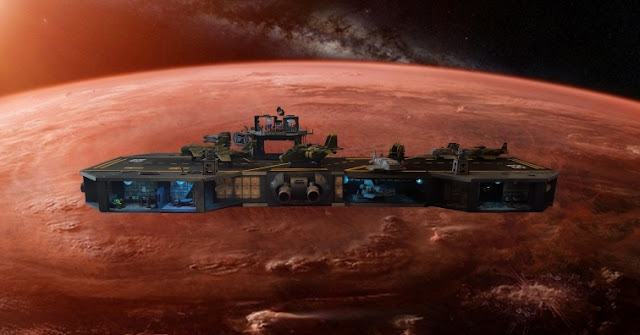 The Shelly’s Captain barked, “Go for the mission, for the Shelly’s main guns, we are too high!”
The fighters and bombers screamed away from the ship and down from the sky 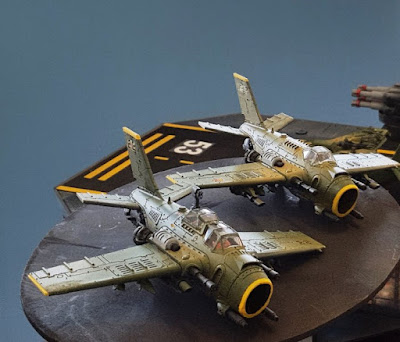 “Merry F’ing Christmas!” yelled a pilot as his first missile was away
Smashing the Anti Air defenses marked by Eight Ball was the opening play 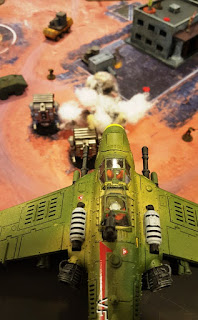 Next came the bombers, unleashing apocalyptic death, destruction, and disorder
Their bombs tattooed with insults, curses, and derisive comments about your mother 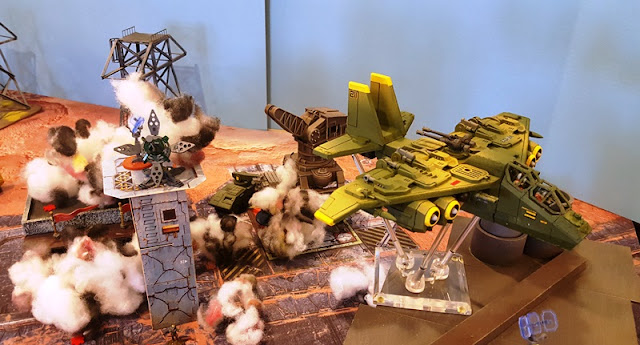 as quick as they came, victorious in this bout
it was back to the Shelly, and then the Shelly warped out 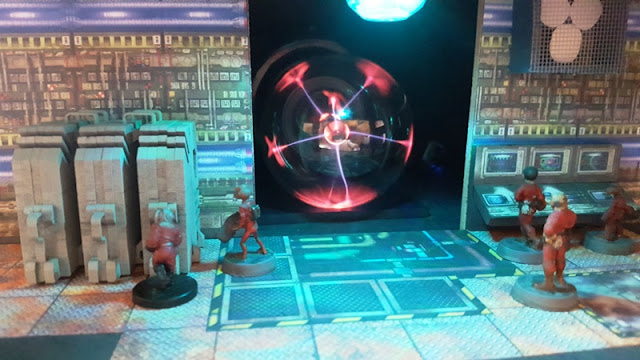 But then… there was a miraculous change, laughter after the furious fray
All of the toppled soldiers were stood up, all polyester smoke and fire was lifted away

Mirth and good cheer was all you could hear, as the soldiers were placed back to the beginning
“It was your dice” “It was your face” the players bantered about the real reason for winning

The players went home, dreaming of victory or plotting revenge right through
Hurry back dear players, your toy soldiers stand ready
…and they may start without you 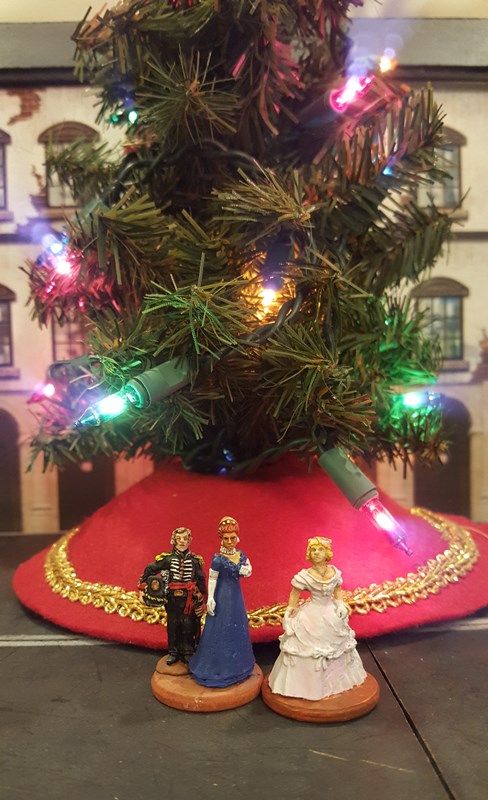