For such a completely worthless backwater, Sector Six is causing the Empire major problems. It strains credulity, but it seems that an official Imperial Survey briefly mentions this place actually exists (very briefly, in passing, and as an aside in the 114th section of the appendix to the “4,031st Analysis of the Enduring Long Term Price Stability of Low Quality Common Metal Reserves, Non-Strategic”).

It gets worse: the mention was NOT edited out in the final draft before being forwarded all the way to Imperial Prime.

That sort of outrageous disruption of bureaucratic process is guaranteed to trigger an explosion of exception forms and new reports and the commission of a committee to investigate the need for an investigation. 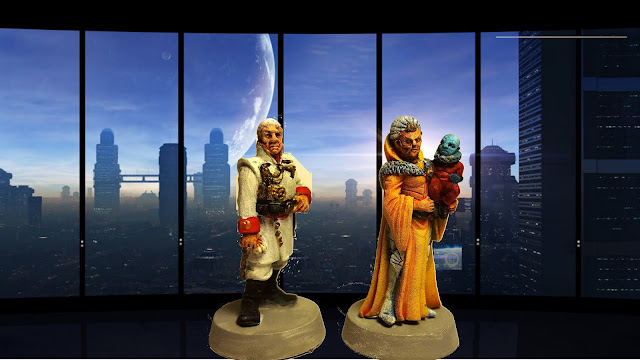 The Naval Liaison Officer is from Games Workshop, and the Contessa is one of the fantastic Colony 87 sculpts