TJOTMS: Ep.8, Not This Time, Princess

Background
Since the attack on the KCS Daphne, (Link: HERE) the Colores fleet is taking extra precautions. One way to reduce risk is to use several private couriers (with a lower profile) on contract to deliver message traffic, personal correspondence and low volume/value supplies.  The CS Century Pidgeon is working one of those contracts. She has just completed a refueling stop on Xuachua on her way to the KCS Mary Shelley at K’Tusk Free Station (see previous episode, Link: HERE).

SITREP
In order to make the transition to Warp, the Century Pidgeon is following the departure corridor to minimum safe distance from the planet. As she approaches the limit, the Growler and two Orxwings from the Jeauxvienne Pirates, jump into normal space almost directly into the Pidgeon’s flightpath. 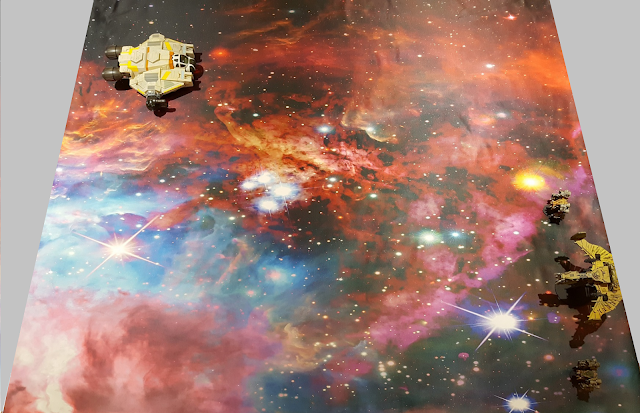 The Battle
The Century Pidgeon was already accelerating, but now the pilot, Hans Toyourself, pushes the throttles to the wall and arms the guns. 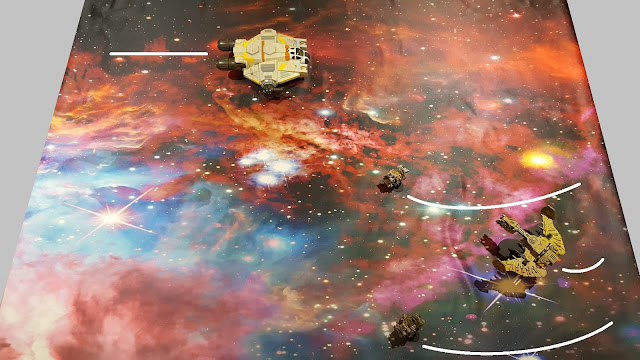 The attack window is very narrow, so the Growler hangs back to get a better angle, but the lead Orxwing grabs his chance at glory and zooms in …
The guns bark and the Pidgeon is holed in several places, while Orxwing is barely scratched. 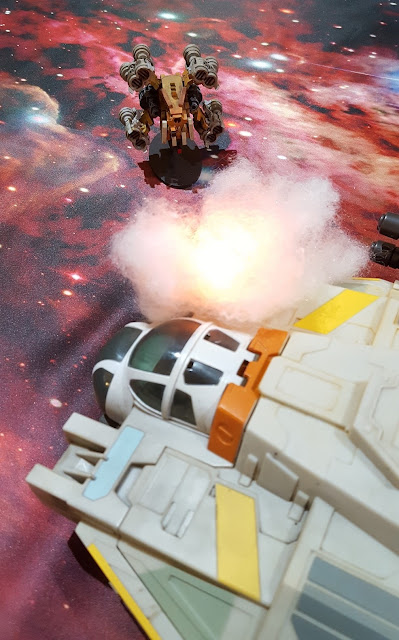 The Growler makes her move, and lets fly a full salvo from her massive weapons load. 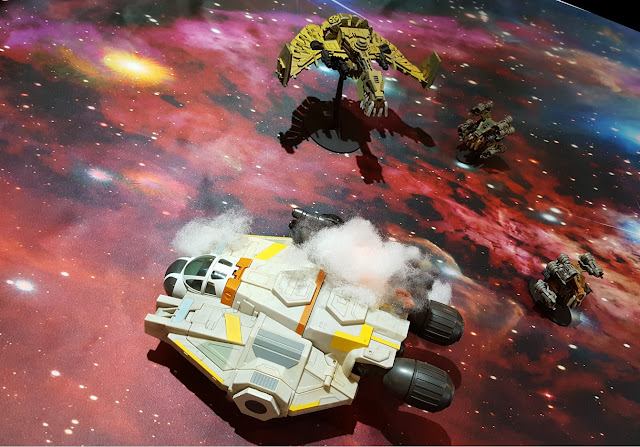 …and just as the Centruy Pidgeon looks like she weathered the storm of shells from the Growler, her right engine cuts out…

…and mere moments away from the transition limit, the Century Pidgeon explodes 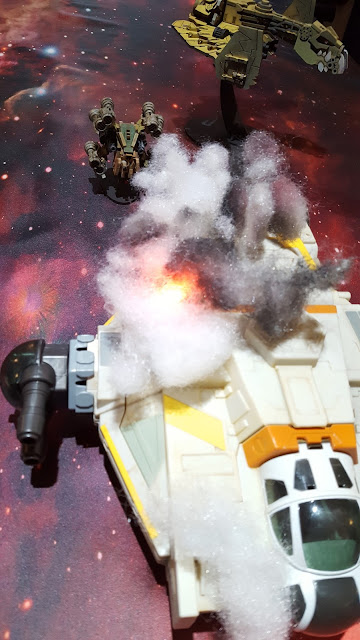 ….
“Somebody back east is sayin’, “why don’t he write?’”
-Timmons
Dances With Wolves

------
A short but very suspenseful fight using the dogfighting rules. I was the courier and airbornegrove played the part of the Pirates. The Pidgeon really looked like she was going to make it, but the Growler scored a critical hit against the engines of the Pidgeon. When she had to slow down, it left her on the table for an additional turn.  …and even then it was just one dice roll difference.

The Pirates have become a true menace, and our heroes are going to have to devote time and effort that they may not have to deal with this threat….