Background
The KCS Mary Shelley has stopped at a remote trading port for resupply (previous episode: HERE). Since she is still being hunted by the RS Dragon (previous episode: HERE), the Shelley is maintaining her freedom of action by holding station at a distance.  Her transports are shuttling men and supplies at extended range. 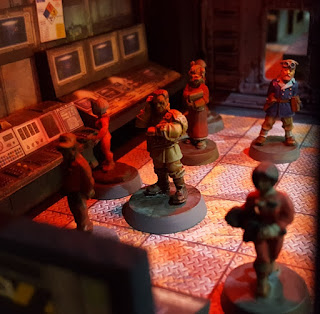 Officer of the Deck
"Captain, you wanted to be alerted if we detected signs of coded signals from Reich units in the system? I have confirmation that a message fitting that profile was transmitted 30 seconds ago."

Captain Thuries
"So, they are making their move. Send the recall signal to everyone. Power us up. Scanners to full. I'm sure they know where we are, let's find out where they are." 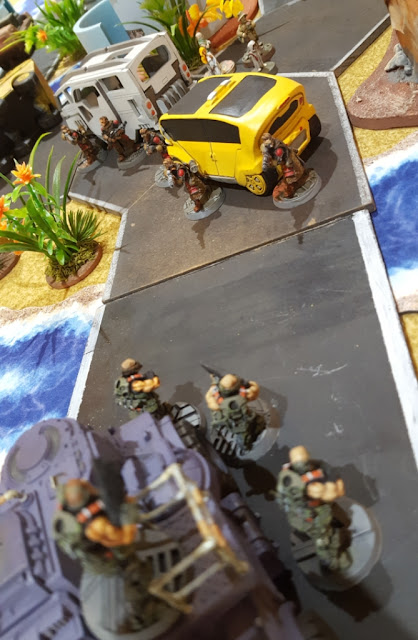 SITREP
The Navigator and her entourage must get to the transport. The ambush set by Kommander Schaklow and his new combat unit, the Skorpions, has a Team deployed in pursuit, and another team, accompanied by Schaklow himself, to cut off the Navigators' escape. 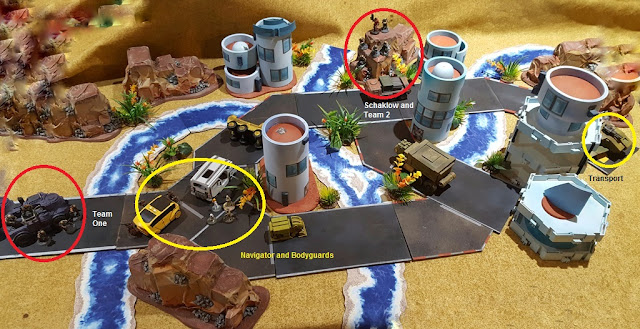 The Navigator sets out on foot while the Security Detail attempts to hold back Sgt. Steiner and Team One. 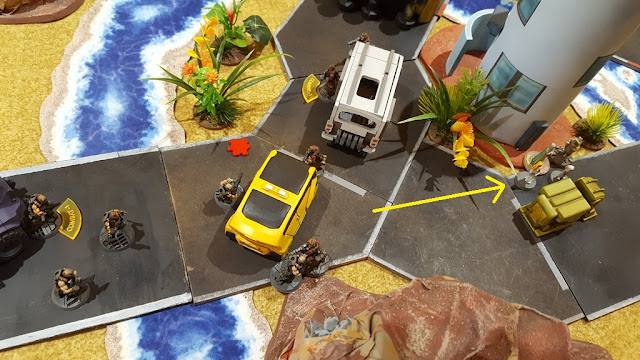 The Navigator's Guards shoot down a couple of the enemy, but the ferocity and skill imbalance is too great for them to hold out for long... 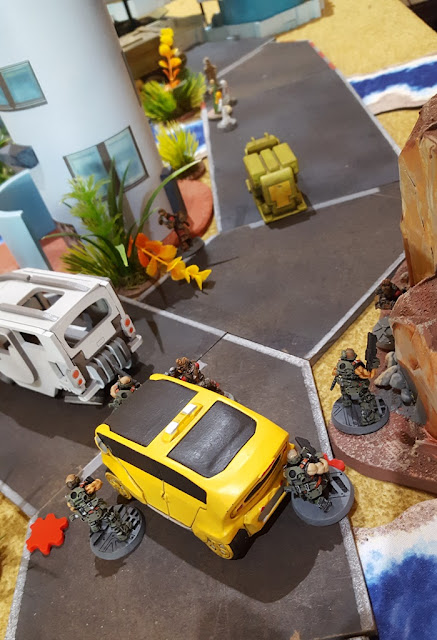 Schaklow knows closing with a powerful psyker could be very dangerous. Who knows what nefarious powers she could unleash? He stands off with his plasma rifle and waits for her to cross the open ground. 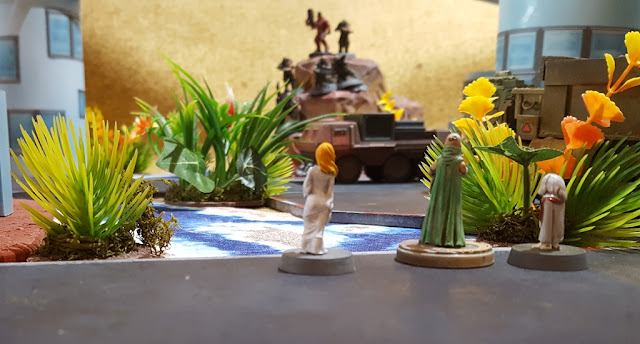 Schaklow's Plasma rifle cracks the air and lightning strikes at the Navigator... 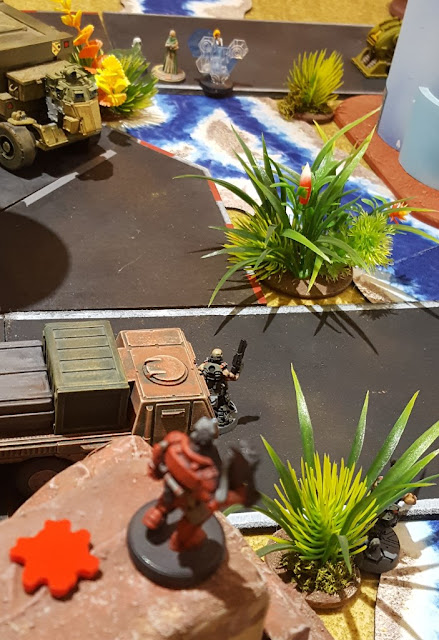 Her shield flares, and holds!

...Schaklow bet everything on that shot. Now his men are out of position and chasing their prey instead of cutting them off. He orders Team One to step up their pursuit. 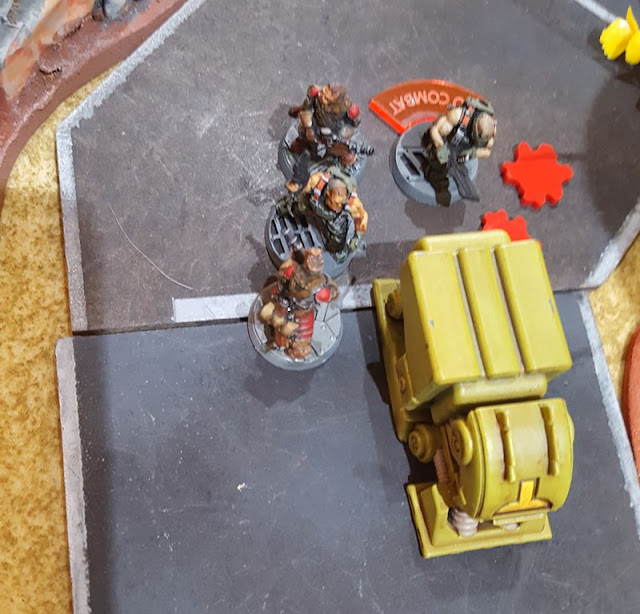 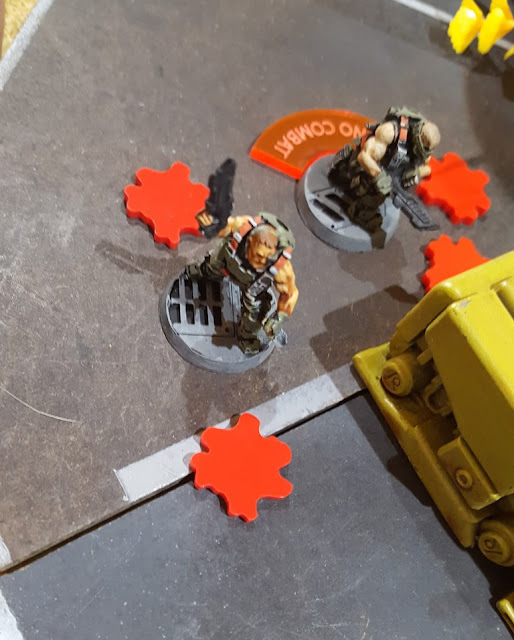 One of his men closes the gap, and guns down Navigator 3, Cyntilla Unfortunas 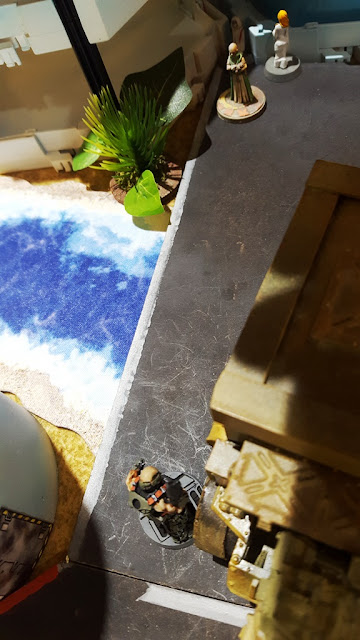 But her sacrifice is not in vain. The rest of the entourage, makes it to the transport... 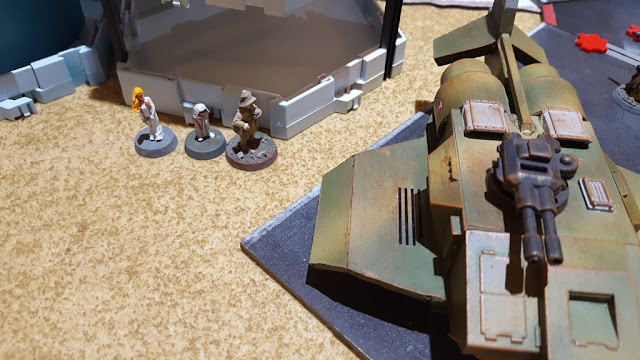 and they blast off just in time... 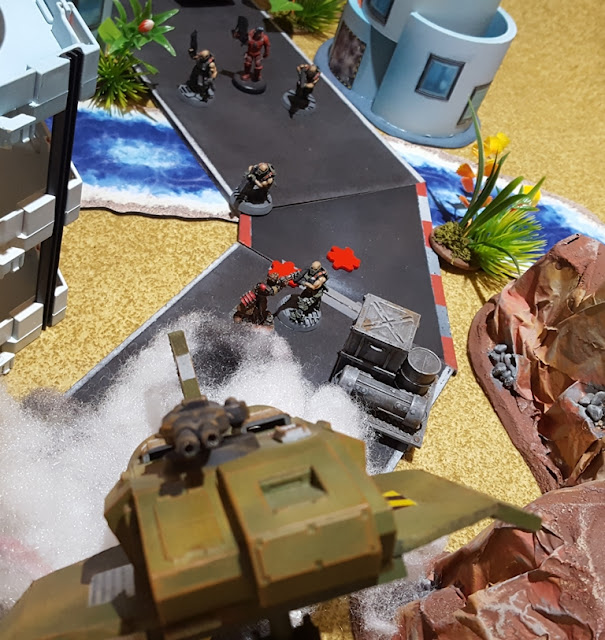 Transport Pilot Billings
"We're going to rendezvous with the other transports and a fighter escort to get to the Shelley. But we know there are Reich's fighters already vectoring to intercept. Hang on, it's not over yet!" 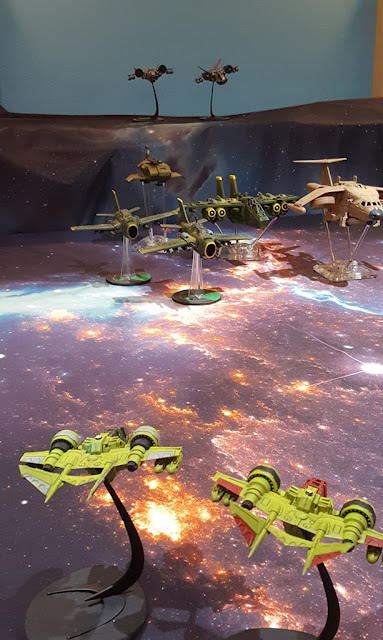 Stay tuned!
--------
So Grove and I are getting to the conclusion of all of our construction and story building in preparation  for the big gaming weekend.  I have two (or three posts) left before I go. Although we've shown a bunch, there are still a few surprises up our sleeves.
Labels: givemlead.blogspot.com Voyage to New Texas Voyages of the Mary Shelly