I Got Distracted.... by Blackstone Fortress 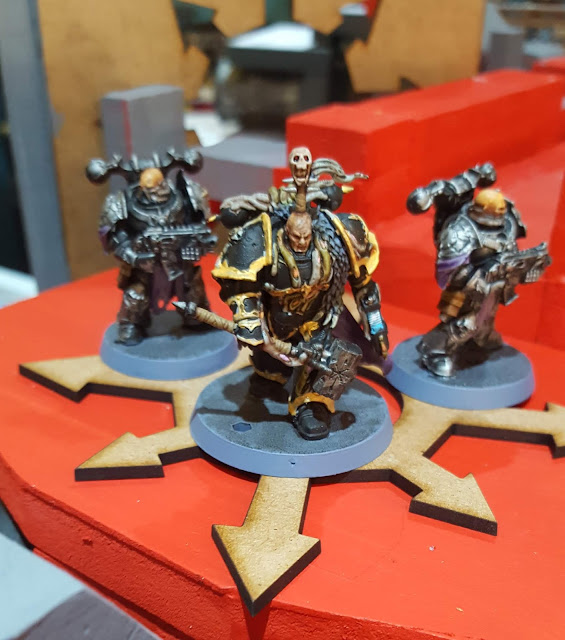 Hello Readers,
Don't worry, the Trade War Campaign is still on, but I got the Blackstone Fortress game over the Christmas Holidays and became obsessed with painting all of it. Forty Four Figures!

First up, Bad Guys...
Above are the Chaos Marines 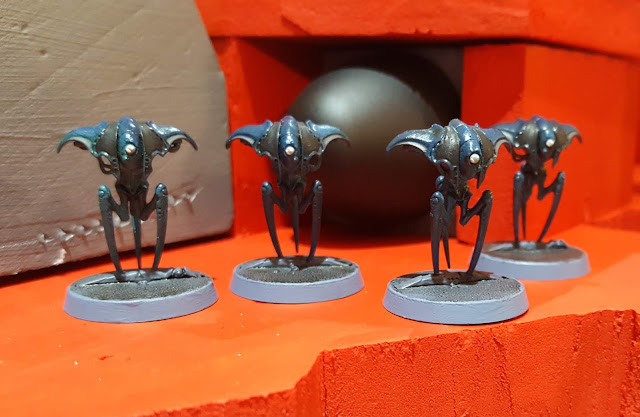 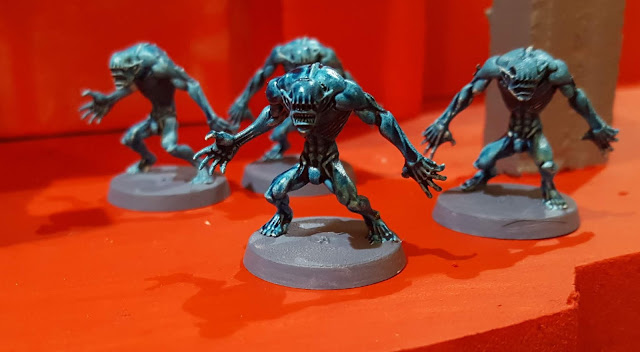 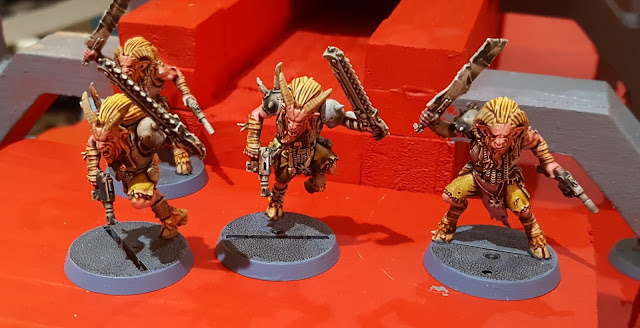 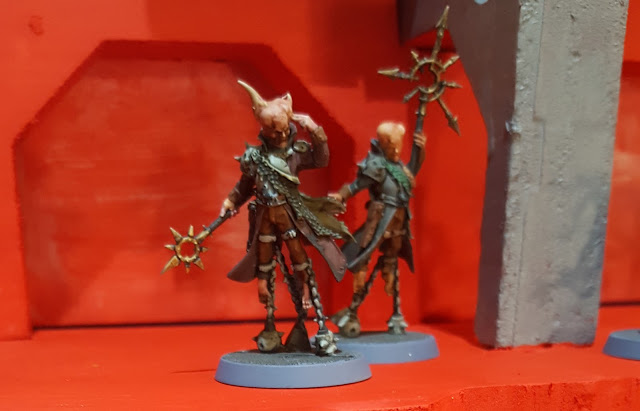 The wicked looking Chaos Space Sorcerers (or Navigators, or bound Demons...) whatevs, they look so cool. (More than any other figures, THESE have potential for serious airtime in Sector Six)

...and some Chaos Guardsmen. There are 2 sets of 7 (only one set pictured).

I finished painting the good guys, and I'll be posting them next.

I know my output has suffered recently, but I realized more than anything else, the reason is I keep trying to create big posts, and then then I'm intimidated by how much I have to do before a post is ready.  So, then I don't post anything, so then I think bigger, and then, and then... and then it cycles through the death spiral and the end of the universe as we know it.

I'm going to go back to the old way of nice compact posts. The Universe is saved.