Ocrade: The Reich Closes In

After the failure of the frontal assault (here), Baroness Niehoff pulls back and manuevers against a defense outpost on the edge of the main Nusling complex. The Baroness will never admit that her officers were correct by advising this more deliberate attack.  Instead she orders the execution of the Landing Officer for incompetence on the basis that the initial attack only failed because his landing was too slow thus not enough units were dirtside or available. Such is life serving the "master race". 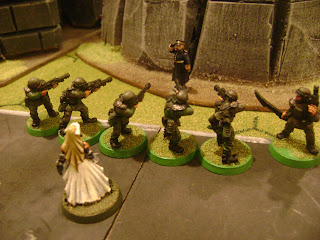 Time is now hard against the forces of the Reich, if they cannot achieve a breakthough here, they will leave Ocrade empty handed.  To stay any longer would mean annihilation by the Imperial rescue fleet.

The target of the attack is this defense bunker: 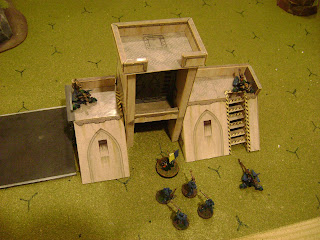 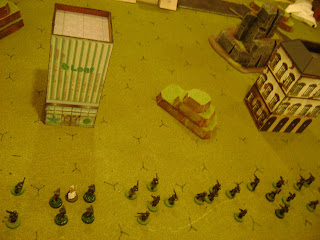 The main attack will be made on the Nazi right by a company of light armor. Smoke is dropped to cover their advance 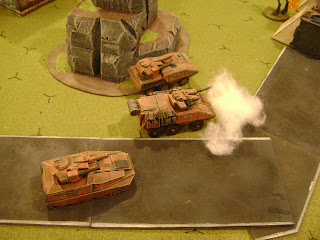 The defense by the mercenaries hired by Nusling is heavily anchored on the bunker with a few screening units covering the hills on their left, and out of position to check the Nazi armor 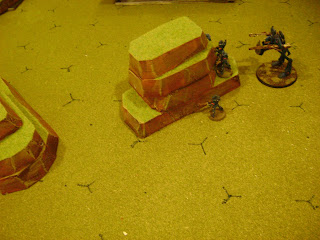 The Baroness' plan to keep the defender's attention forward works almost too well, and artillery hits the attackers before they even leave their line of departure 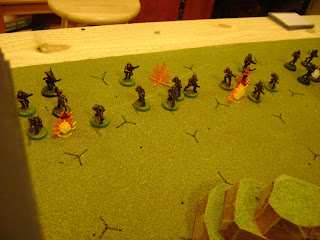 ...but the armor goes in 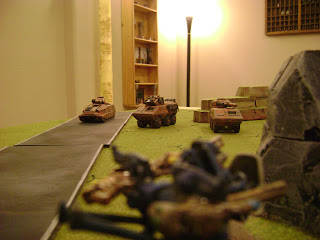 and with cries of "Eben-Emael!!!" Fallschirmjägers drop right onto the bunker 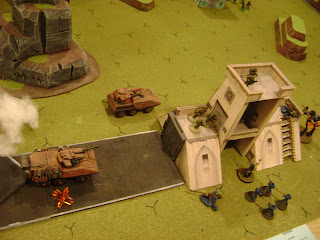 The breakthrough is achieved and the Nusling complex is laid bare to the Nazi depredations!