Recap:
In the previous episode (Link), our heroes discovered a Nazi listening post in the outer asteroid belt of the New Cypress System. The KC Frigate Helena has been dispatched on her inaugural mission to eliminate it.

The Forces
In addition to Sgt Q'Taupa's team observing the post from a nearby asteroid, Eight Ball Command has 3 teams to assault the rock.

The Nazi's have a small maintenance and command team, 4 Autom squads, and 1 heavy Autom attached to the command bunker as an Anti-Space Battery.

The Plan
The advantage the Automs bring is the ability to be deployed in place, and can be activated on command, or after the units detect the enemy.  Their drawback is that they can be shut off if the command core is accessed.
So, Eight Ball's plan is to land on the asteroid and attack the Nazi Command Cyberspace by hard-wiring into any one of the antennas. (each team has an EW specialist attached), access the command functions to shut down the Automs and steal any other data before the memory core is wiped.
The Helena's Assault Boat can only transport 2 teams at a time, so the team led by Dr. Xaden will be held in reserve.
In Summary Eight Ball will:
1. Attack Automs with fire from the Helena based on targets spotted by Sgt Q'Taupa's recon team
2. Land Teams on the installation
3. Take over an antenna, freeze the automs, and capture as much intelligence as possible before the Nazi's destroy the memory banks. 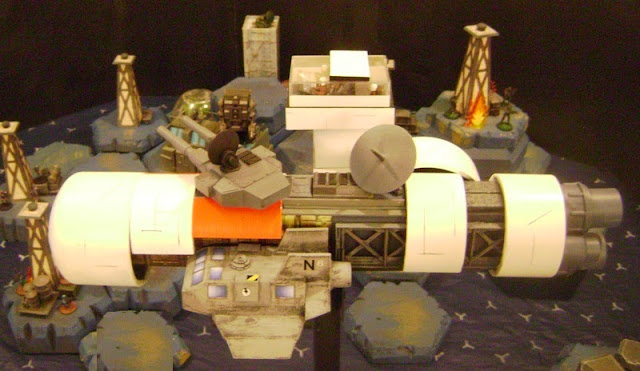 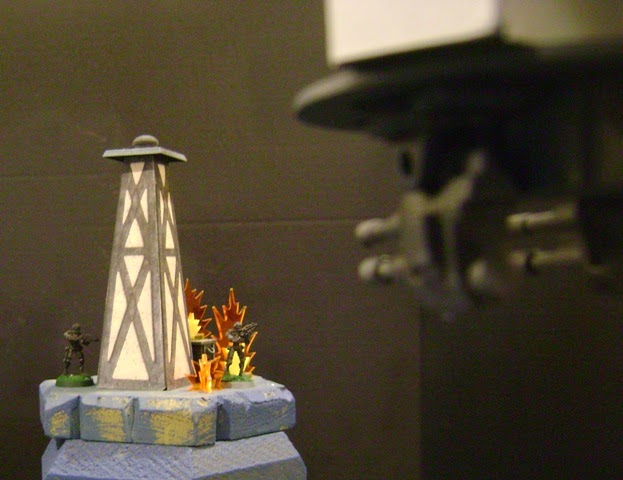 Maj Guiscard: Landing Teams Away
The Assault Boat takes fire from the Large Autom during its approach and is heavily damaged. 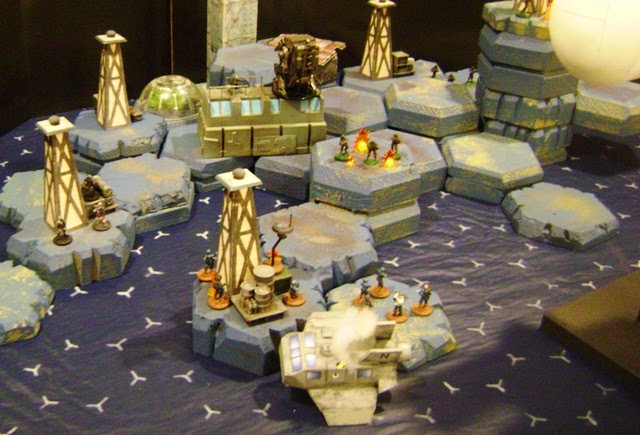 He quickly locates the Command Core and moves toward it 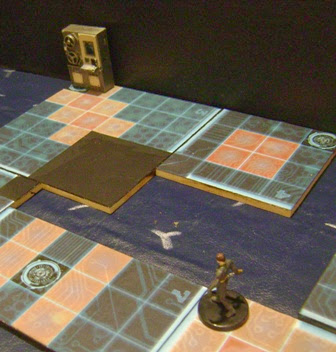 Meanwhile in realspace, the Nazi's have recognized the threat, and Cpl Fales' team comes under fire from all directions. 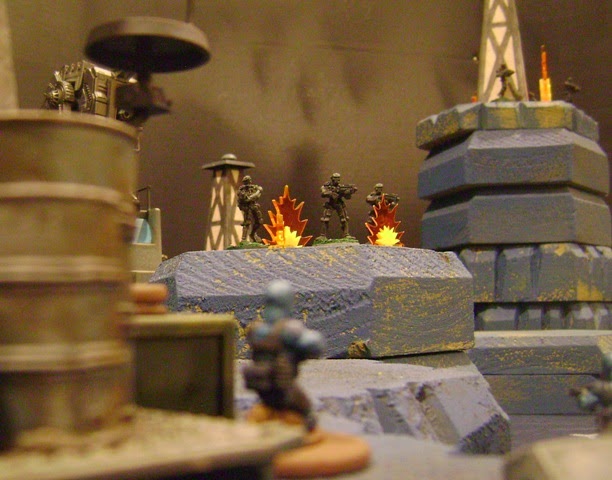 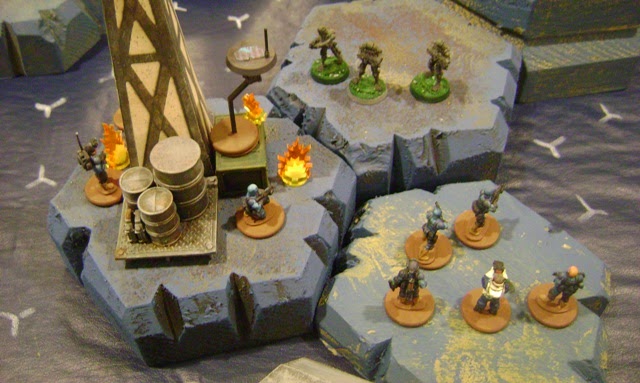 Maj Guiscard: Helena, deploy Blinding Agents on my mark, we will assault following your fire 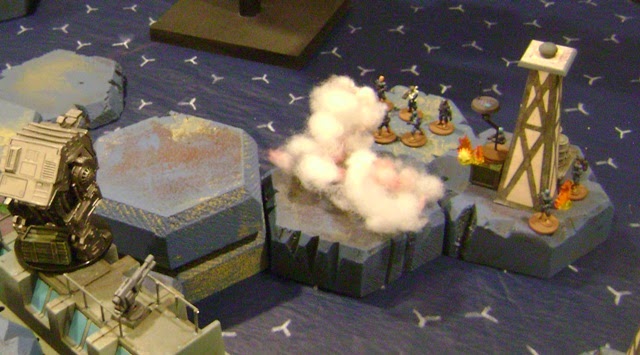 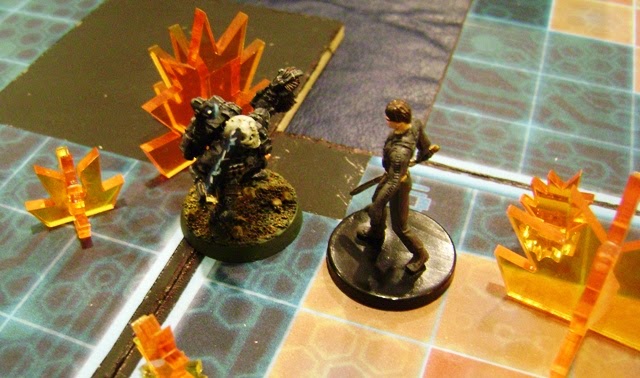 Cpl Fales: I might need some help in here
Maj Guiscard: Dr. Xaden, get you team to an access point ASAP 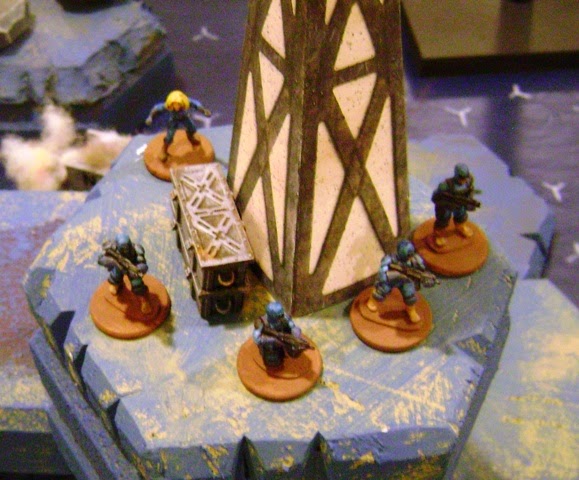 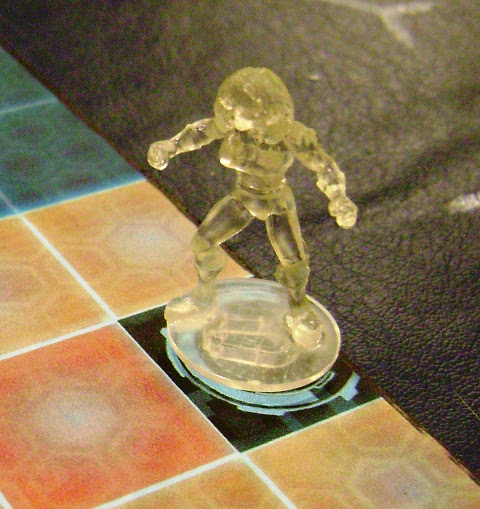 With the clock ticking down, Cpl Fales breaks free and captures the Core 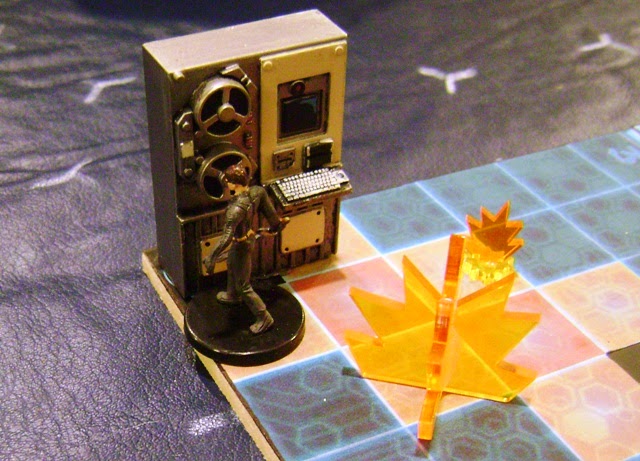 With the shutdown of the Automs, the German Officer signals a surrender
Maj Guiscard: Secure the site, and get the wounded back to the Helena.  My compliments Admiral, in time and on target. It's a shame Fleet won't let you stay on.
Admiral King: We'll see about Fleet in due course..highest praise to you and your men.  Drinks on me when you get back from that rock. 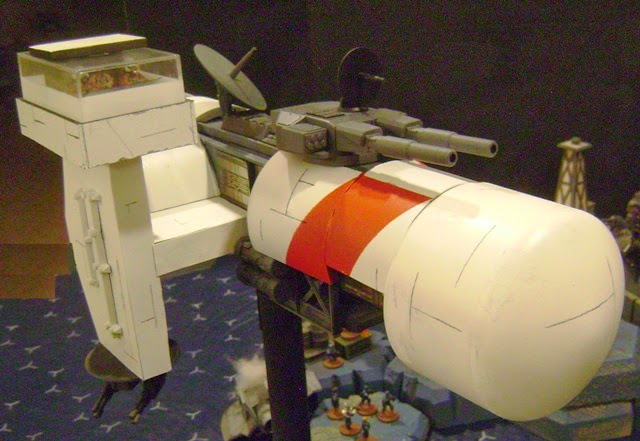