New Guises for the Heroes 3, Sophie

Ambassador / Agent Sophie v2.0
For her official duties, Amb. Sophie’s attire is almost unchanged (on left). However, as the covert aspect of her role has grown, additional training and equipment has altered her “mission” load out radically. She wears a hardshell suit with an integral jump pack and an extensively augmented underlayer that is suitable for even airless environments. 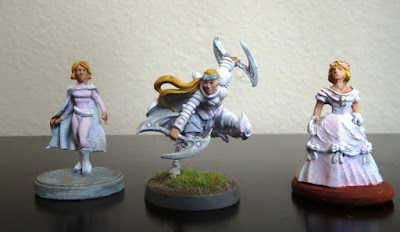 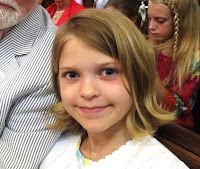 Her new weaponry was adopted after attending a circus on T’Gai and watching a Rhodian martial arts demonstration. She was drawn to the acrobatic and elegant  Rhodian kata of “Spinning Blades”, and immediately hired one of the demonstrators to train her. Presently, she wields a unique pair of scythes. The scythes have a powered cutting edge, and can be thrown, “piloted”, and retrieved from a distance. They are also used defensively to deflect projectiles. Already formidable as a diplomat, “Agent” Sophie is a ferocious combatant.

On an ending note, Amb. Sophie vociferously rejects any notion that she has been "spoiled". Upon reading a draft of this post, she emphatically responded:

"Really? because if I was spoiled, I'd have a Unicorn by now."