At 0600, the Honschu wardogs sniffed aggressively at the bits of Nazi uniforms in the hand of Kanni-Lok. He looked affectionately at his charges and spoke softly: 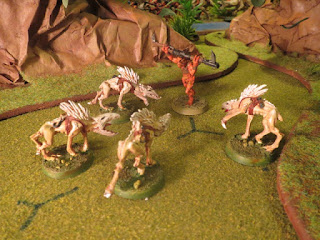 "Now, my children, check the path. As always, you are our eyes. Make sure none of the enemies of the Honschu are lying in wait. Go!"
Hoschu dogs do not bark, the most lethal predators run silent.  The pack broke swiftly into the jungle and disappeared like sharks through water.

Shortly after, the Allies' polyglot assault column began its march south to the attack positions. 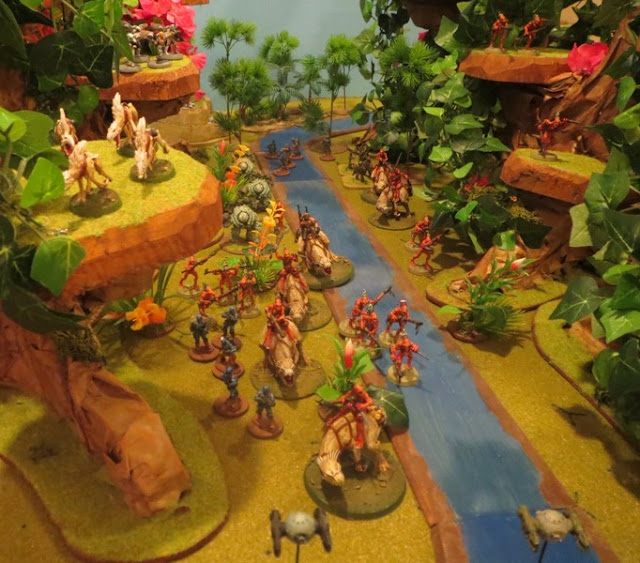 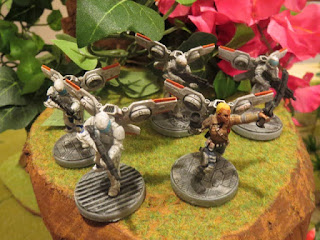 Waiting at the other end... 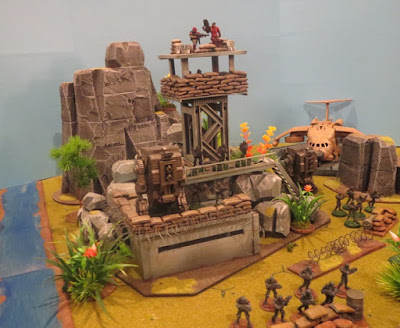 For the Reich:
Kommander Schacklow is a Reaper mini from their Chronoscope range
The Karmesin Soldiers are Games Workshop Imperial Guard with some OOP Chaos Apce Marine head swaps.  I have despaired of building any more of these guys, but I think Anvil Industries makes a helmet close enough that I may be able to build out a total force. (Woot!)

The Heavy Automs are Star Wars prepaints, the Telosian Tank Droids (I love these models!)
The Infantry Automs are Copplestone Future Wars Robots

I would like to welcome our 2 new readers:
Katsuhiko JiNNai and
Gordon Richard

Next Up: Base Assault!