New Minis for the Kids...'er, I mean, New Guises for the Heroes!, Part 1, Robert 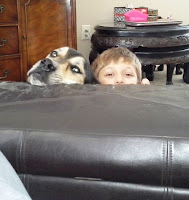 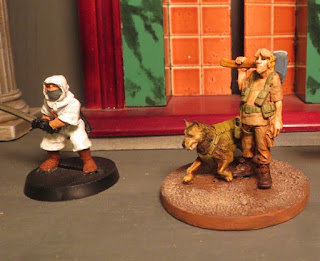 From their time and experience together, Commander Robert and his dog, Apache now work so symbiotically that they behave as a single unit. He has discarded his heavy armor, relying instead on Apache’s preternatural senses and his own agility to dodge attacks. He can never be ambushed, and never counts as being attacked from behind.

The Cmdr is equipped with a .45, loaded with enhanced ammunition, carried on his hip. For close combat, he has acquired a fire ax and modified it with a molecular blade. (He became inspired after a nearly fatal encounter with an enemy in power armor.) It is a brutal cutting tool.