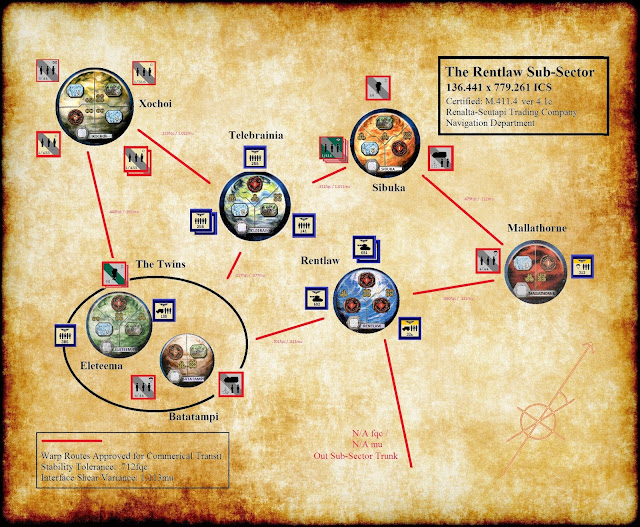 With the arrival of the reinforcement convoy, Imperial fortunes, if not good, are at least better than disastrous.  Imperial Field Commanders are encouraged by the recapturing of several territories, and the liberation of Telebrainia.  The Reich troops on Sibuka and Malathorne are cut off (or the Imperials on Telebrainia are surrounded, depending on your point of view), and now the Commanders discuss their next move… 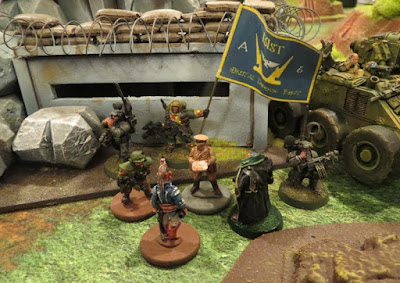 Imperial Sub-Ambassador Sulla Tigh
As you can see, we have driven a wedge between Sibuka and the Reich’s starting point on Xochoi.  They didn’t plan for our reinforcements to arrive so quickly, but now we have shown our hand. If we want to maintain our momentum, we must continue our attack.

General Onarisco
Surprise has been over for weeks, do we know why they are continuing to be so battleworthy?

SA Tigh
There are rumors that the Reich has somehow acquired a Titan.  The sources are not credible, but our intelligence efforts are continuing.

For now, we hold the decisive link in the chain. We will coordinate our efforts and attempt to liberate Sibuka launching form Telebrainia and consolidate our gains on Malathorne.

Thanks to everyone for continuing the fight!

We will continue the open part of the Campaign for 2 weeks after this, so 5 weeks total.  The last day of fighting will be April 16th. After that, I will post “endgame” scenarios based on the results so far to close out the whole shebang.

Thursday, I will post the new Scenario… “Lord of the Battlefield”

Labels: The Rise of Tyranny Campaign