The Ultio Expedition: Ep. 3, Friends That Fight Chaos Together, Stay Together 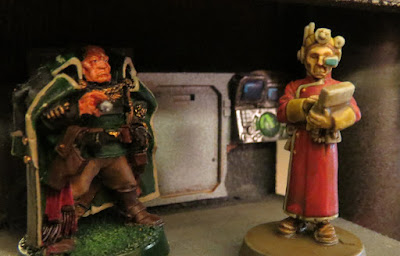 Major John Andre, Imperial Intelligence
The data we are collecting from these warp anomalies on Ankori is incredible. If we can manage to set a sensor line completely encircling even one of them, we might be able to predict a breach almost anywhere.

We need more troops. Where are the forces that the Kingdom of Colores promised?
I’m not sure our approach of reconciliation to Colores was effective Sub-Ambassador

Sub Ambassador Sulla Tigh
Give them time. They are a passionate people, they will come.

Major Andre
Isn’t there a proverb that is phrased something like “Ask me for anything but time”?

“Dear Sub Ambassador Tigh,
Thanks for the invitation to the party.  If it’s alright with you, we’ll skip the reception line and get right to business.  Where do we land and who do we fight?
Sincerely Yours,
KC Ambassador Sophie Blanche-Andres” 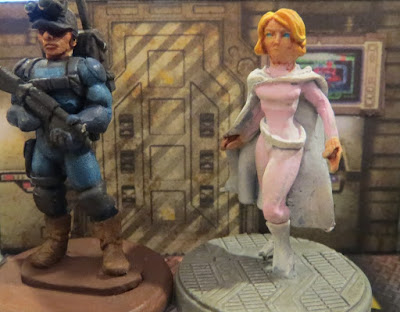 SA Tigh
Outstanding, send her coordinates to where Blackwood and the Knights of D’Ley are operating.  Sync up their communications and they can handle operations between them.

SITREP
Ambassador/Agent Sophie (her background is HERE) and her combat team are landing north of anomaly 5.1. Waiting to contest the space is a contingent of the Karmesin Brigade. 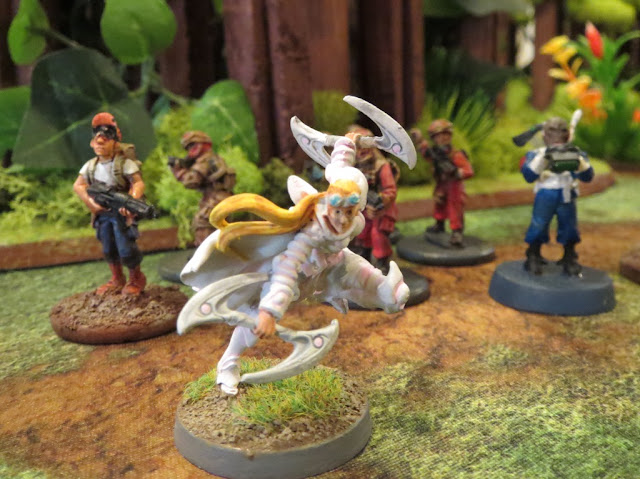 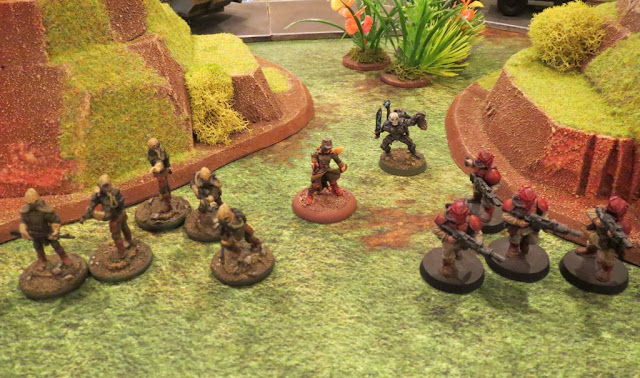 Objectives
The Colores forces must place monitoring equipment at key geographic points that resonate with the nearby Warp Anomaly. If they can place beacons in at least 3 of the 5 locations, the Colores forces will win.  The Karmesin Brigade must prevent the Colores victory conditions.

Deployment
The Colores Team may deploy anywhere on the table, but may not make any attempts to place the sensors until turn 2.  The Chaos forces will all come in on Turn 1 from a random board edge.

The Battle
The Colores Dropship lands in the middle of the 5.1 coordinates.  The locations suitable for placement of the sensors are all around.  The team disperses to cover more ground.
The enemy comes in force from the east.

Due to a lucky deployment for the Colores Team, placement of 2 sensors is completed without opposition. The third however, looks like it will be more of a problem.  AJ Quest is facing almost all of the enemy by himself. 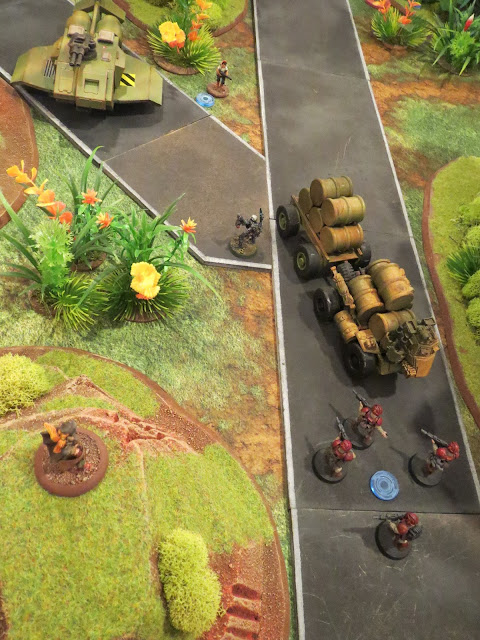 He is wounded in an exchange of fire with Helga, and the Berzerker charges in

...but he somehow rolls away from the Bezerker’s charge and unloads a full clip into him 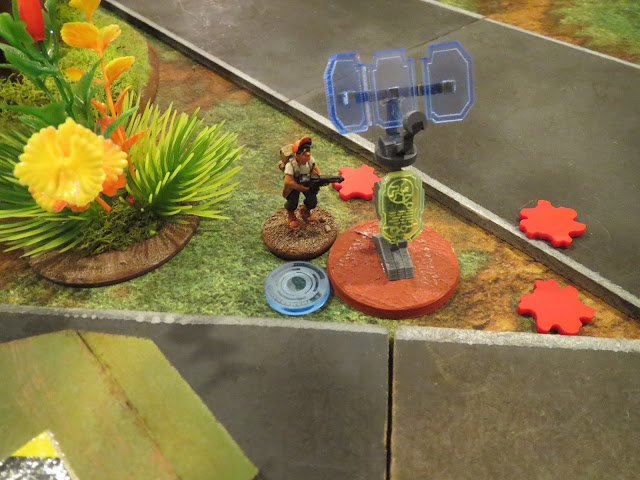 So the Narrative Guys have set up a online campaign as a prelude for the Event at WargamesCon in a couple of weeks.  All the participants are furiously playing games because apparently our results will set the battle lines and missions.

We've never participated in one of their games before, so we have no idea how this will actually shape the setup, and that seems to have spurred even more excitement. This report is just one of the 3 missions between my kids and I.  I think my Club has played something like 6 or 7 more.