The Quick and the Dead

BACKGROUND
The Kingdom of Colores is planning to send the KCS Mary Shelley on a deep space mission. Several long range patrols have been dispatched, scouting for the best flight path. 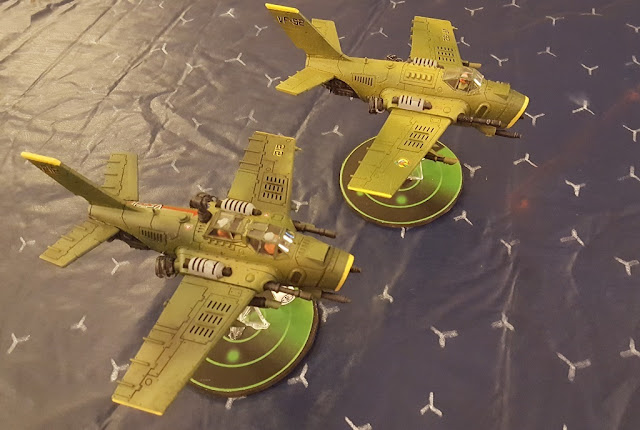 They are rated as "Heavy" fighters, "P-Rat 4":
212 – crewed by pilot Lt.  Austin and RIO Jones. It is equipped with an advanced sensor suite, guided missiles, and 1/2 load of standard guns
92 – piloted by Lt. Bolen carries heavy guns 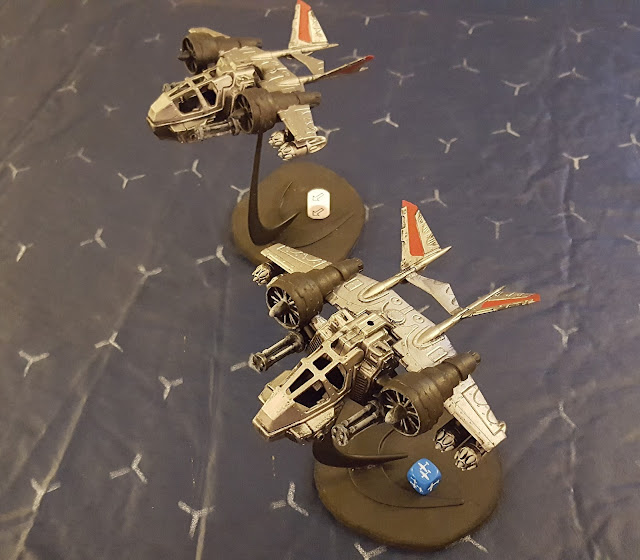 Lt. Austin
“Give me a profile.. what are they capable of?”

RIO Jones
“Targets One and Two:
Higher P-Rat, they are more maneuverable than us. Guns fall in the standard load range, no K-Band lock radar, so no missiles… wait , turning into us…” 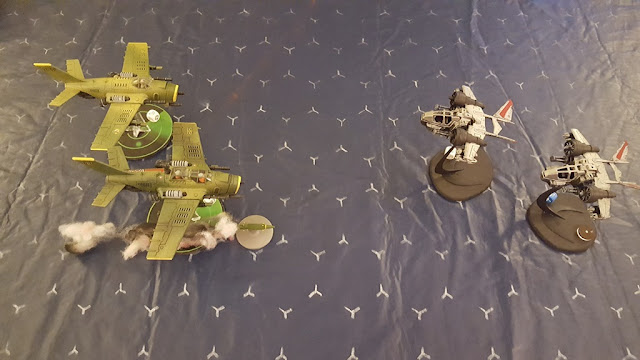 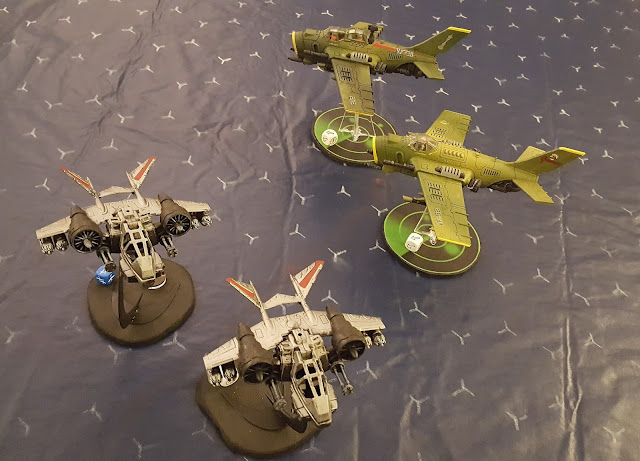 Lt. Austin
“Targets evaded. They can out turn us, so burn through to open the range." 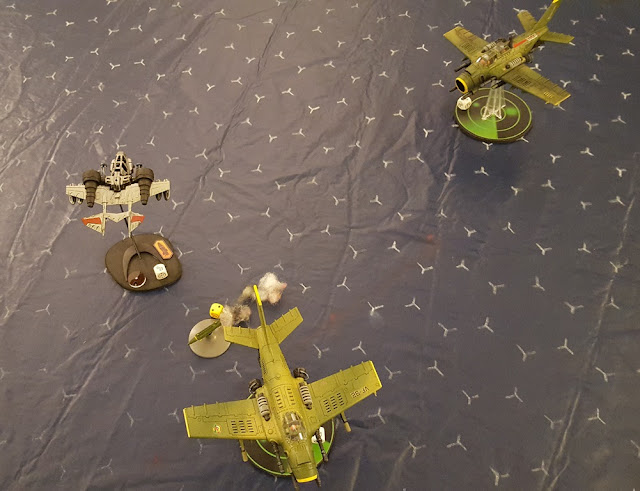 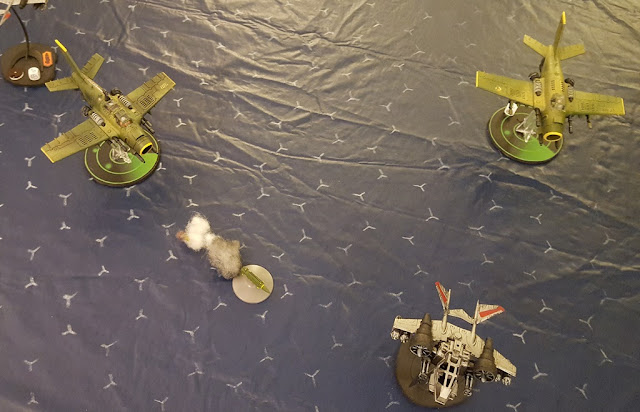 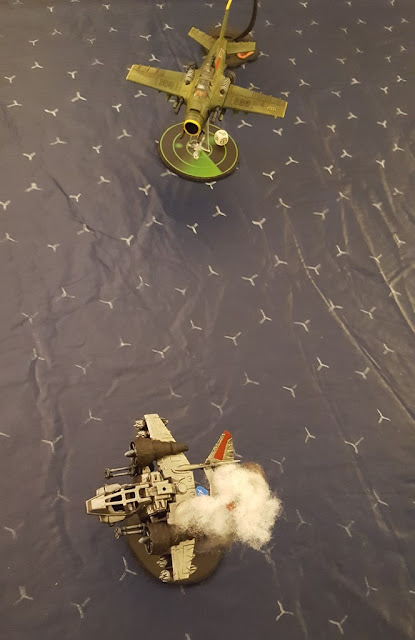 Lt. Bolen
“STRIKE!..looks like heavy damage from the missile, coming with guns…
Splash Target One!"” 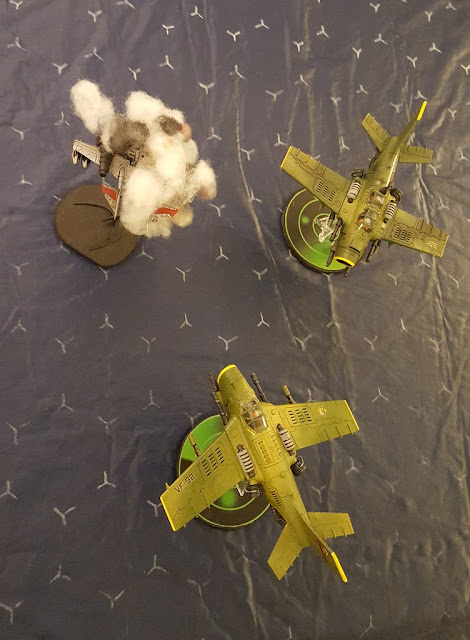 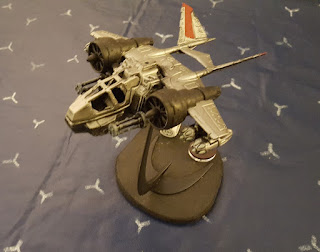 Lt. Austin
“Let him go. Target Two has been transmitting, so he probably has friends close by.
...Form up, we’re burning for home.”