The Archuleta Brothers have a managed a brilliant criminal organization that has struck at will across the entirety of Sector Six. However, at the Archuleta's last Bank robbery, a detective, Sherlock Gnomes, was waiting. 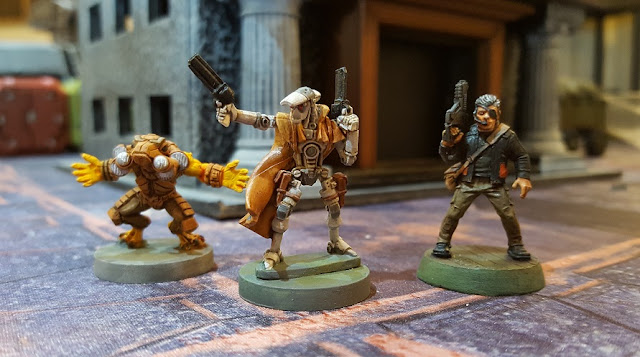 The Brothers managed to escape, but they were determined never to have another close call like that again. They hired the notorious android gunfighter "Redd Eyes", and, along with the Teleporter "Leaper" and Johnny Ace, sent him to kill Gnomes.
Rules used were "Pulp Alley" this time. Redd Eyes is a Terror - D12's and Leaper counts as a Jetpack (equipment, not a character). Johnny Ace is an Ally - D6's with recovery rolls

The Staurakia Navigator Guild has a convergent interest with the Detective's investigation, and has arranged a meeting between Navigator Miranda Staurakia, and Detective Gnomes on the remote world of Circadia VII.
Miranda is a Sidekick - D8's with a psychic attack, and her diminutive acolyte confers a shield that counts as "always in cover". Miranda's bodyguard is a squad of low quality House troops, classified as a Gang - D6's, no recovery rolls.

Taking precautions, Gnomes brings his own team. Lt. Gordon, and the Angels of the Townsend Detective Agency.
Gnomes is a Hero - D10's. Lt. Gordon is a Sidekick - D8's. And the Angels are Allies - D6's with recovery rolls. 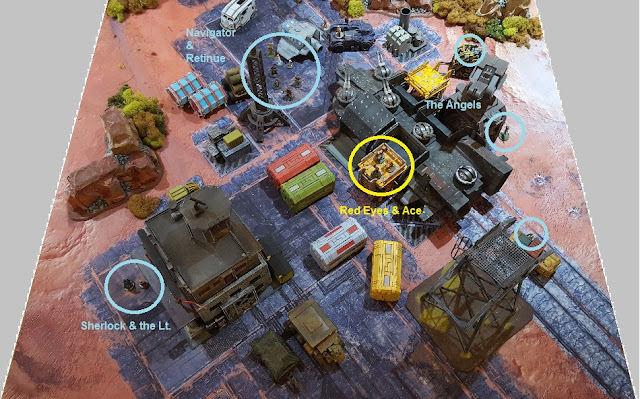 Detective Gnomes set a perimeter, and the Navigator provided security by her arrival on the northern landing pad. Unfortunately, that is completely ineffective against Redd Eyes.
Bypassing everyone, Leaper teleports the assassin and Johnny Ace right into the middle of the Landing Field 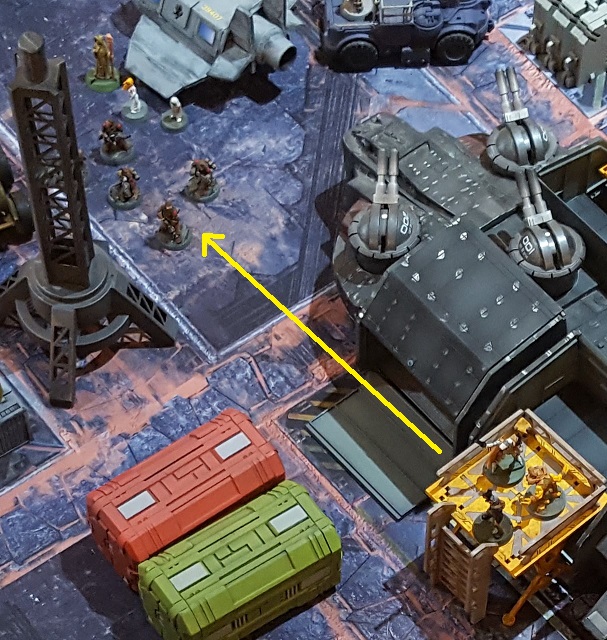 Ace and Redd immediately draw a bead on the Navigator's House Troops caught in the open, and down all but one of them. 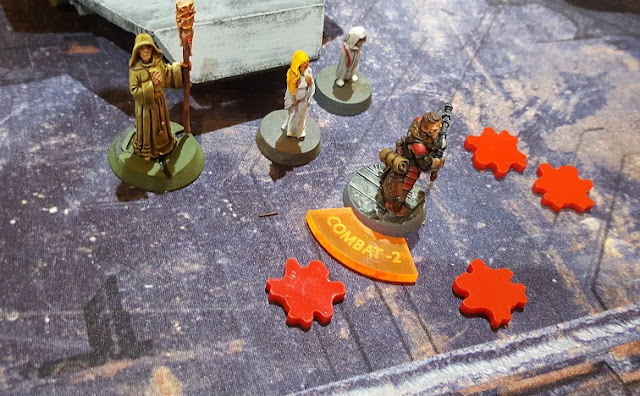 Everyone begins converging on the sound of the guns, so Redd moves quickly. Johnny stays on the gantry to hold off the reinforcements, while Redd and Leaper attempt to teleport right to the building of Detective Gnomes' location 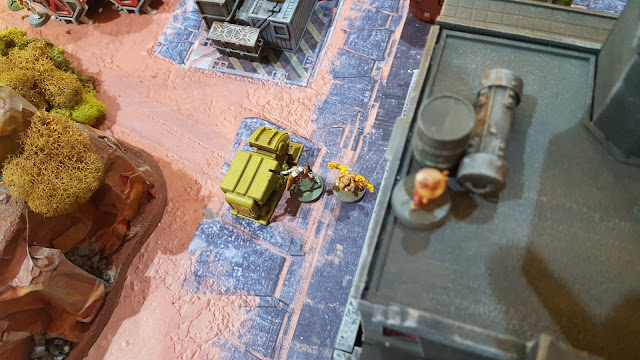 Just a little off on the first jump.

But the next jump is close enough! Sherlock and Redd Eyes exchange shots at point blank range.
Sherlock gets the worst of it....but 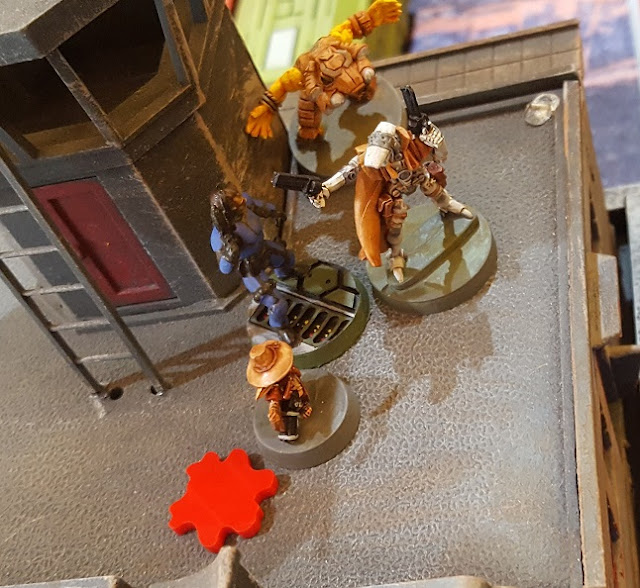 Gordon dives in and takes on Redd with a brawling tackle.

Redd knows that Sherlock's allies are closing, and as long as he's tied up in a hand to hand fight, Sherlock is safe. He yells to Leaper to get them some space. 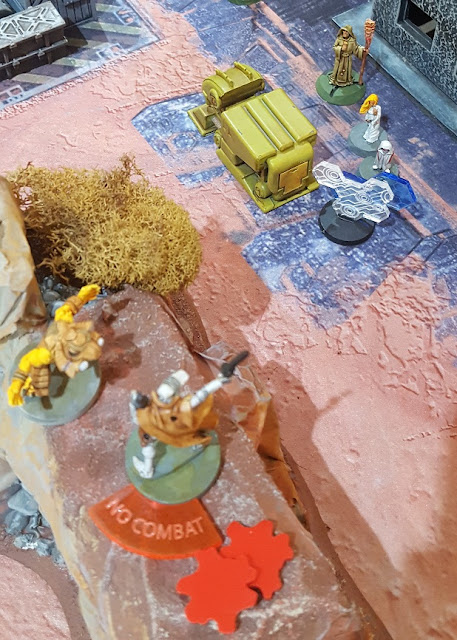 Leaper comes through and puts them on a ridge level with the rooftop. Unfortunately, Ace was holding off the Angels, but he is finally down, and not even Redd can withstand their combined firepower and psychic attacks. The gunfighter is out of time.

He tells Leaper it's time to go, and with a BAMPF!, they are gone.