As has been elaborated upon before, the militaries of Sector Six are an overwhelming polyglot of re-used, obsolete, and technically backward equipment, typically wielded in fascinatingly incompetent fashion.  This Analyst would be remiss if he did not mention that he finds his assignment to this benighted backwater to be beneath him and a complete waste of Janus resources.  However, he will soldier on, and continue to catalog these absolutely unremarkable entries if for no other reason than to maintain the Janus high standards of completeness.  After all, what other possible motivation could there be? 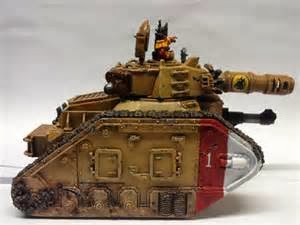 After a couple of millennia of use, the origins of the Mark 11 are lost.  Long surpassed by newer models (current Imperial Track Tank is Mark 133r at the time of this entry), the Mark 11 is only found in museums or the most remote and primitive corners of known space.  There are no known manufacturers, but uncataloged copies abound and it’s primitive nature means that is easy to maintain. Inevitably, the Mark 11 and many of it descendants can be found in many military forces of the sector.  This entry will present the slightly novel approach of the Kingdom of Colores to the Mark 11.
The Kingdom of Colores is a small political entity with settlements and territory claimed on 3 planets.  It holds only one of these planets outright, shares territory on the other 2 planets with non-hostile neighbors, and is responsible for an unknown number of small asteroid and deep space colonies in inhospitable environments. Most significantly, it has a political rival in the sector, the 4th Reich.  There has been a continual state of hostility punctuated by outright war for over half a century.  It is a curious accepted fact that neither Colores or the Reich are native to the sector, and the slender number of source materials available indicate that they both come from the same homeworld some distance outside known space. They are either refugees or exiles that have only deepened their original enmity, regardless of its original cause. The dispersed nature of the belligerents shape the tactical nature of their conflict and Colores relies heavily on rapidly deployable and mobile formations.
That brings us to the Kingdom of Colores and its modifications to the Mark 11.  Apparently, a large number of Mark 11’s have made their way into Colores possession.  The deployment of the tank in its original form would require a lift capability impractical with the Colores fleet.  It could be done, but in numbers too small to be combat effective. Incapable of manufacturing the alloys that comprise the Mark 11, the Colores military has resorted to cutting up and reversing the hull.  Essentially taking a hunk of alloy and sliding a new vehicle underneath.  This chassis is approximately 1/3 of the original weight and is used as the base platform for a number of weapons systems. The hull is reversed.  The original powerplant is removed and the space is utilized as the driver’s compartment. The track assemblies are cut away and the side armor plating is inverted to make room for the upper suspension of the 6 wheel configuration. Steering is accomplished from a skid-steer arrangement. 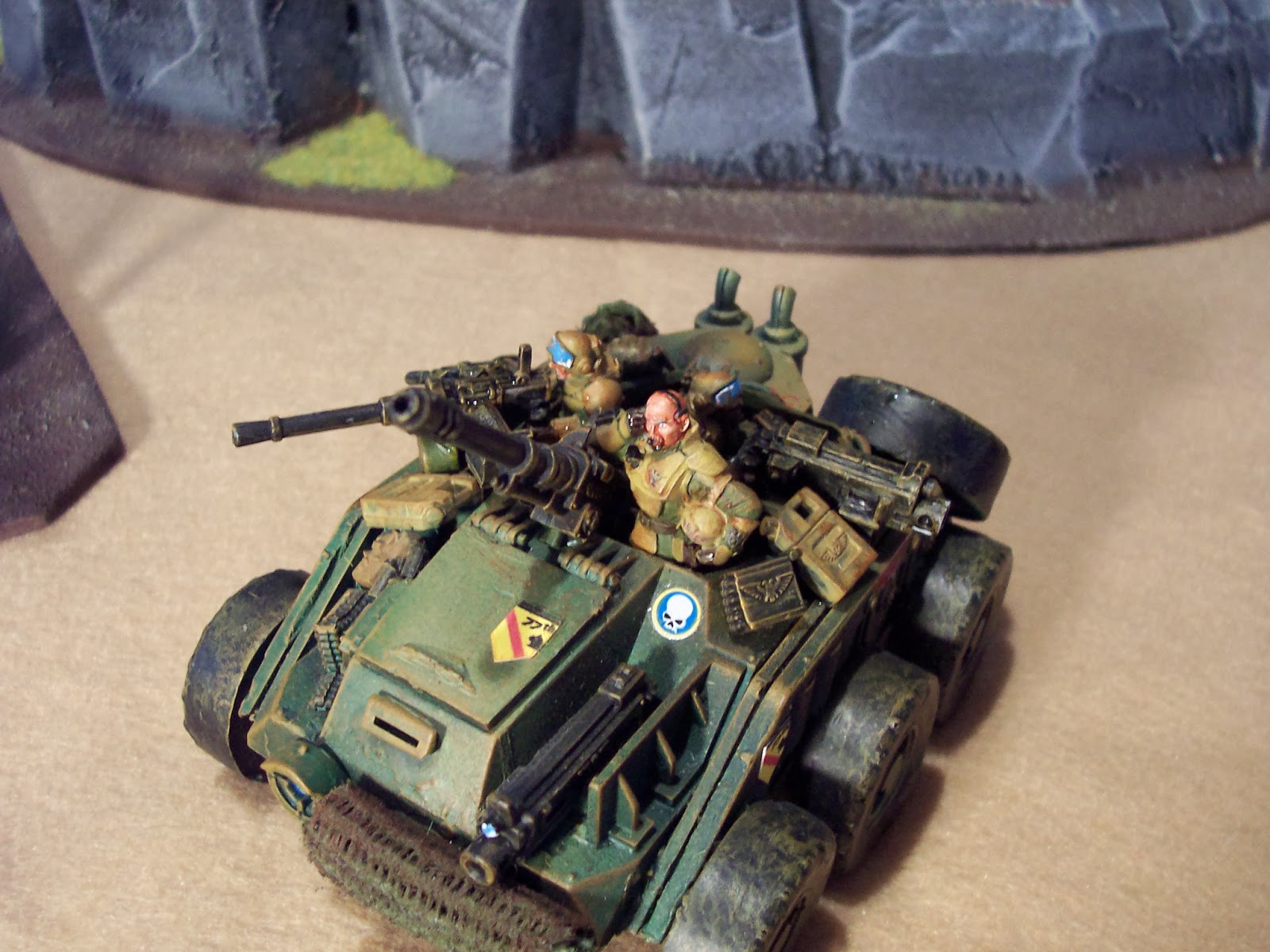