On the Hunt IX: For All the Marbles 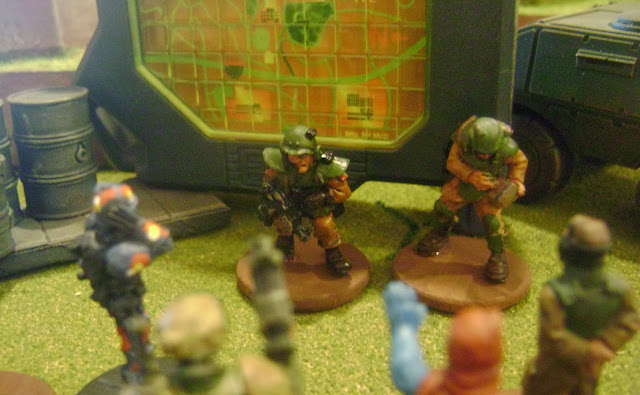 Gentlemen, the Alliance invasion of Haussen is at the tipping point.  We are established on the ground, but the Reich garrison has challenged us since the beginning and overrun LZ Seneca.  Presently, our supply line has been cut by the breakthrough of the Reich cruiser Austria into local orbit (link). The silver lining in all of this is that the Haussen garrison is in the open field outside of the protection of its fortifications. We have superior forces, but as time passes, our supplies will dwindle and overall strength will pass to the enemy. In short, we must win now and win decisively . 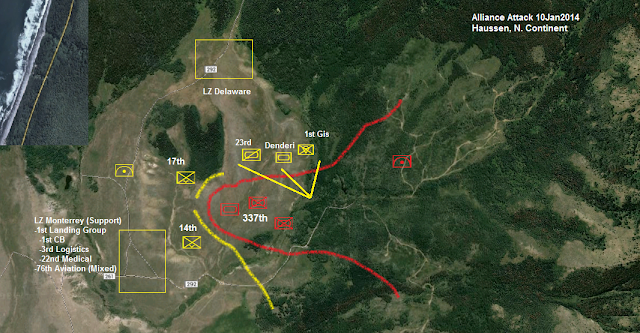 This evening we will be on the move to redeploy, and elements of the Darderi, 23rd Cav, and 1st Gis will attack at dawn to cut the Reich troops from their base.
I will accompany the center Cav troop... 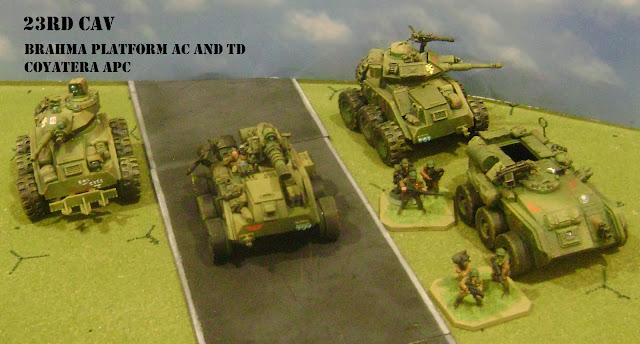 while Major Guiscard, you will be with the ranging troop on the western flank

...and Lt. Philo, after your heroic actions on Landing Day, the Gis would not have it any other way than to have you with them. 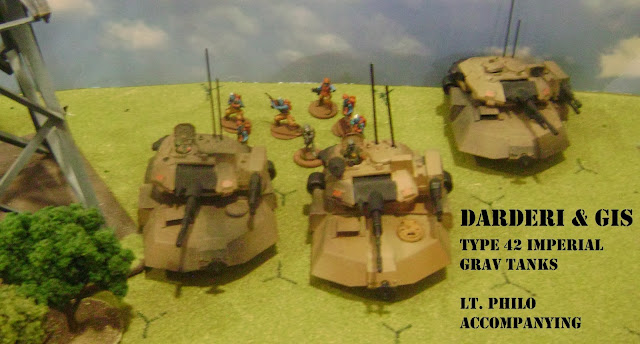 Opposing us are elements of the 337th Sturmbot Legion, (Tank and Infantry). Plus the provisional 4th SS Company. We believe that the Reich's Assassin from Landing Day is still with them. 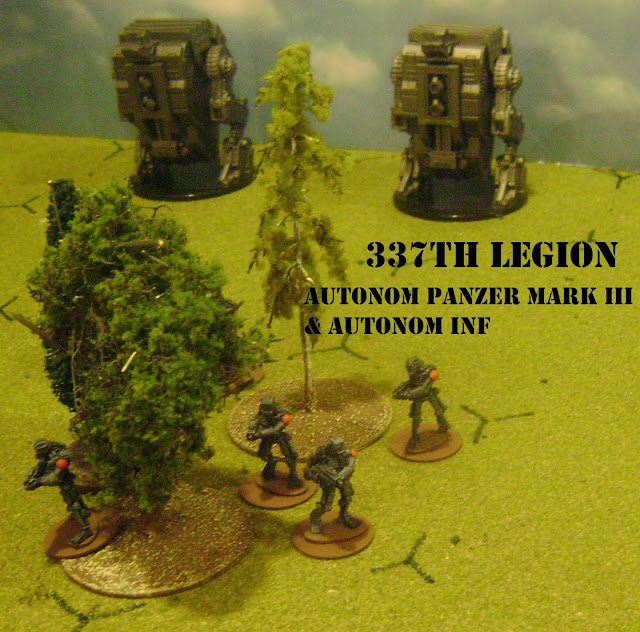 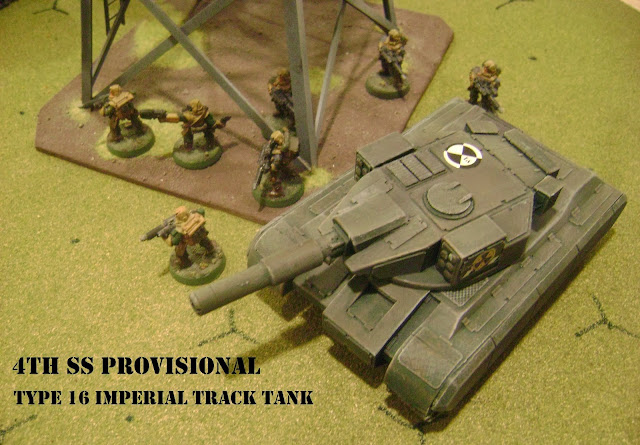 Officers, synch your datapads, return to your units, and good hunting.
I will see you on the other side.

Dawn 11Jan2014
Alliance orbital scans indicate that there is an access point to the bunker complex where the road terminates on the Reich side of the battlefield.  If the Alliance troops can reach it and gain access to the Reich underground cities, this war is over. If the attack fails, the Alliance ground force will be spent, and terms will eventually have to be sought. 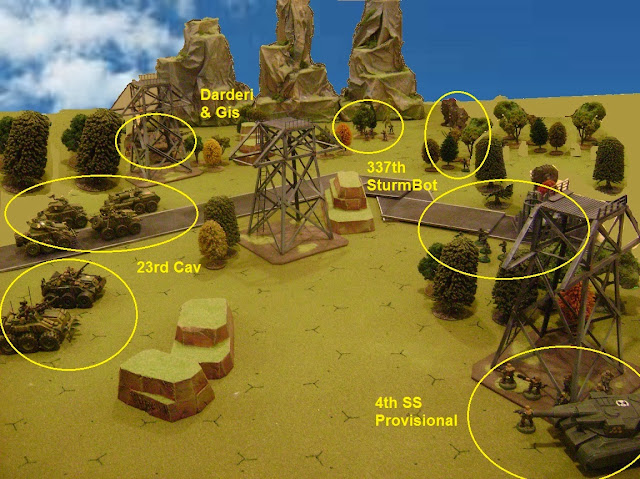 First to advance is Gen Kershenko right down the road 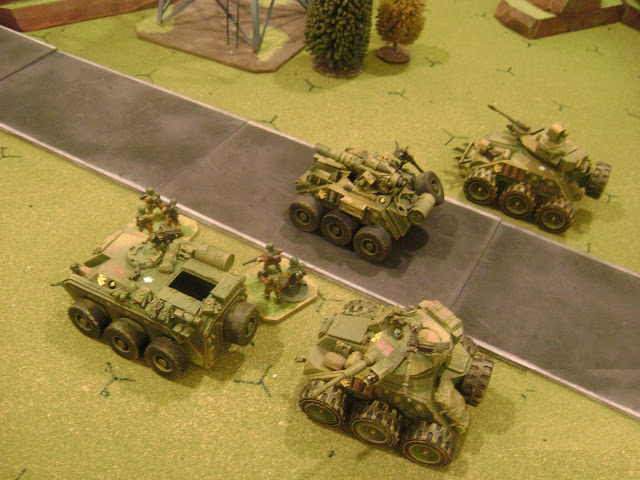 The Darderi fly forward and engage the advancing Automs as they sweep over the crest of the hill. 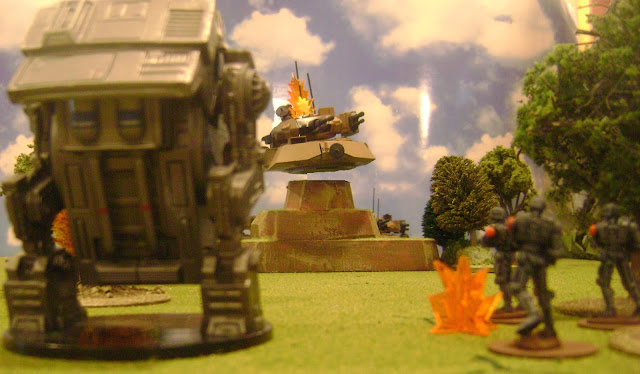 The Darderi grav tanks are faster, but the Autom's armor is so heavy, they must close to point blank range to score hits 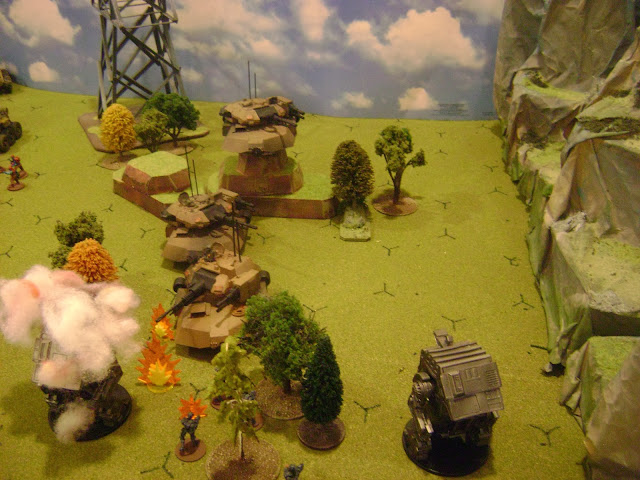 On the Alliance left, the Reich concentrates against the 23rd's lighter flanking force.  Gen Kershenko is forced to shift untis away from his center to avert catastrophe 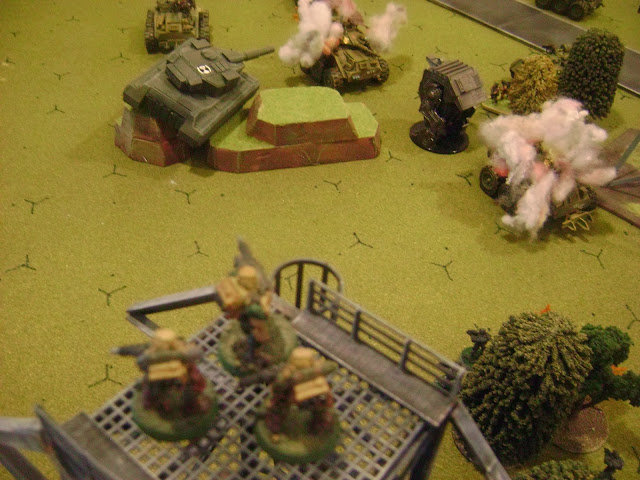 But the enemy's priority to the left leaves only a platoon of Infantry Automs under the command of the Assassin to guard the access point.  They are spotted when they break cover. Lt. Philo and the Gis are on the move, there is unfinished business here. 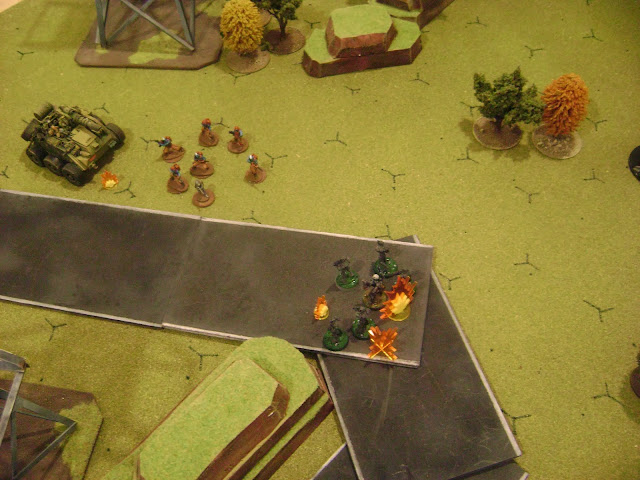 With the tank destroyer in support, there is no escape this time.  Lt. Philo and the Gis gun them down on the run. 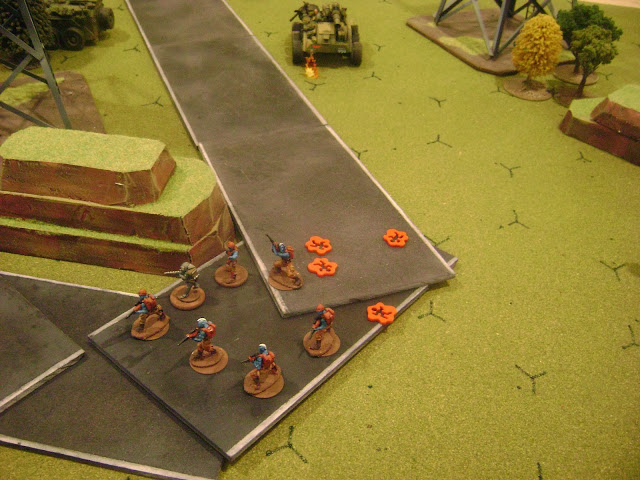 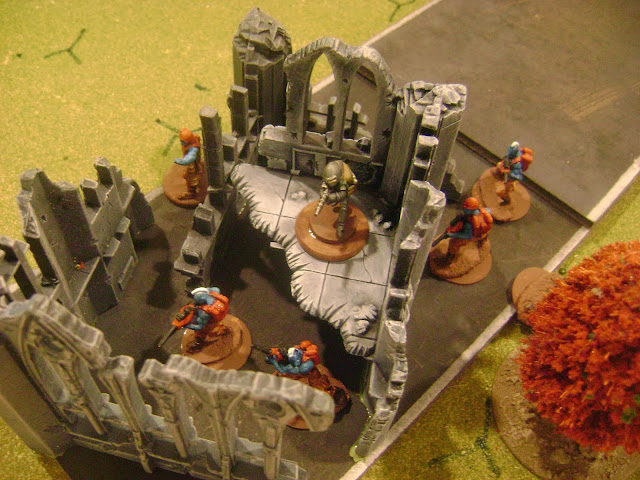 The Reich civilians are exposed, and the radio frequencies are immediately blanketed with calls for a cease fire. 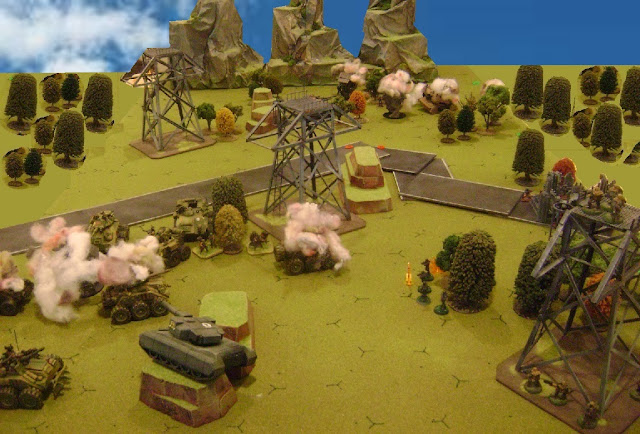 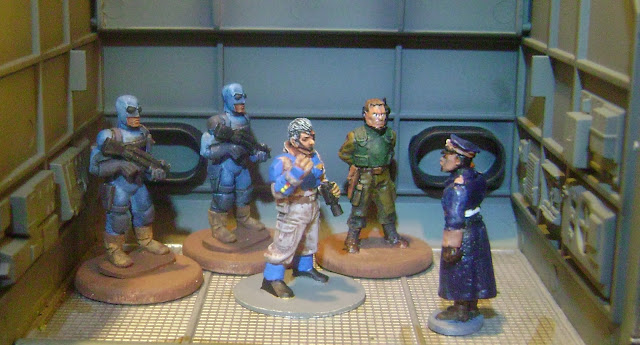 Reich's Official -"I can only speak for the Haussen Enclave, and we surrender, but I have been informed by my superiors that representatives of the Reich as a whole are willing to meet at a neutral site for talks."

Admiral King -"Peace talks will be at K'tusk Free Station. Two weeks time. Until then, Haussen will remain under occupation of the Alliance and no ships of the Reich will enter the system. Failure to meet these cease-fire conditions will result in continued hostilities."