Rise of Tyranny Campaign: Getting the Picture

The Task Force immediately dispersed through the Rentlaw system to recover as many agents as possible. After a week of scrambling and fighting against hostile forces, a picture of a Sub-Sector in turmoil has emerged.  As reports continue to come in a few facts are clear:

1. This is not just a “binary” conflict, there are several factions in play.  A human faction called “The 4th Reich” has exploded into open warfare, additionally, because of Imperial garrison drawdowns, many other political threats to Imperial security have independently decided that this is the moment to act.

2.  No Agents were recovered from Xochoi. It seems the entire planet has been lost from Imperial control

3. From information collected by Agents recovered from Malathorne and Eleteema it is clear that the Reich has opened this war on several fronts as well as inciting other factions to distract from this main threat

4. Pending further intelligence reports, the strategic picture looks like this: 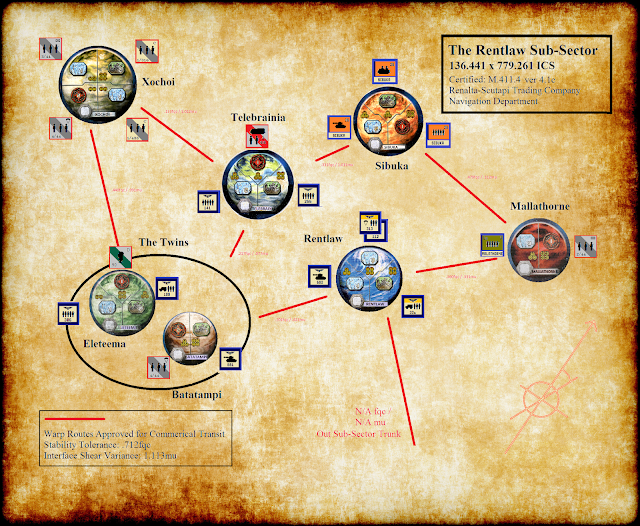 An intercepted transmission from Malathorne

+++++++++ Code name Schwarzbar ++++++++
At 09.00 hours standard time on 5Nes301 at grid location f56/k38 on Malathorne the forces of the 4th Reich engaged the Imperial forces who were trying to extract an Imperial agent, who it is believed had information that could be harmful to the Reich's invasion plans for the sector.
It is with great pride that I report to you Obergruppenfuhter that the forces of the Reich conducted their duties to the high standards that is expected of them & was victorious in its objective of preventing the enemy from completing their mission. 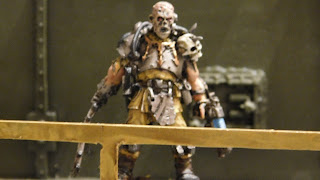 Hi Readers,
Just over a week before the Campaign opens! Next Friday, March 18th.
I'll probably have one more map update before then, and I will have a bonus scenario posted March 17th.

Thanks to Frank for the remote update and detail!

Any character/army/battle details submitted will be posted!

Lastly, a big welcome to our 2 new Sector Six readers:
airbornegrove26 and TJ

Thanks!
Guiscard
Labels: Background The Rise of Tyranny Campaign