Death from the Skies: New Fighters for the Kingdom of Colores

An undisclosed amount of time ago, the Kingdom of Colores, Bureau of Military Acquisitions, obtained a large supply of abandoned Imperial airframes. These planes were reconstructed to a "zero condition" (like new, zero hours), and upgraded with better avionics, engines, and weapons. For service in the Kingdom of Colores, the plane has been given a new designation, the F/A-86 Bulldog.

Today is the debut of the 141st Strike Fighter Squadron! 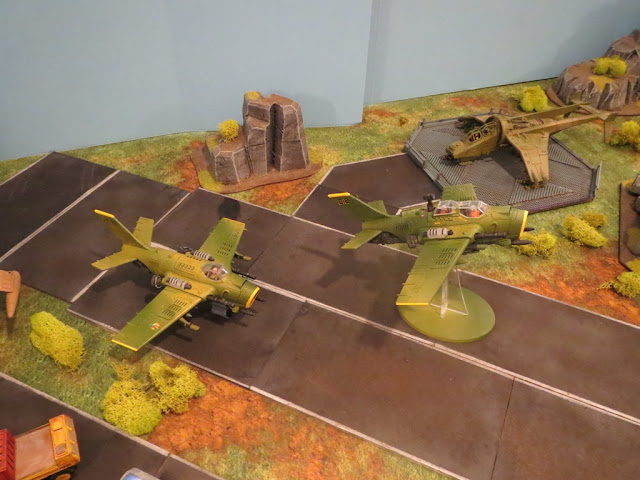 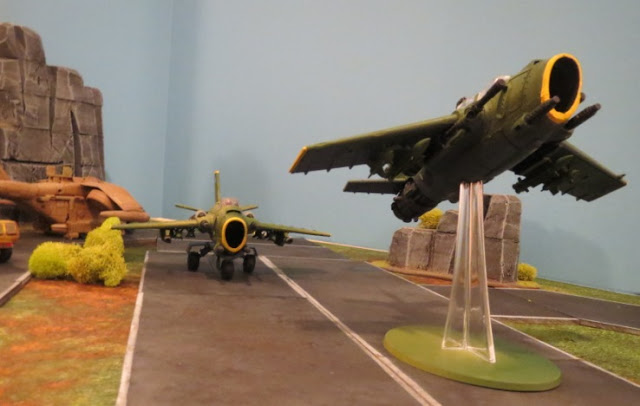 The F/A86 is single engine, multi-role fighter. It has transitional capability, meaning it can be deployed from a carrier in space, carry out a mission in atmosphere, and can regain orbit to be recovered by the carrier using it's servo rockets,
It has a mixed reputation among Imperial pilots. It is considered capable of many tasks, but master of none. To the Kingdom of Colores pilots, it is a godsend. A fighter finally at least within the same operational range of capabilities as the major powers.

Below is the basic F/A86A single seat model.

The "I" model is the two seat variant. In addition to the pilot, it carries a Radar Intercept Officer (RIO) who operates the sensor mast and other electronic warfare systems. The sensor mast allows the F/A86I to attack both ground and capital ship targets at long range with guided heavy munitions.

Finally, a couple of beauty shots from the 141st's maiden flight... 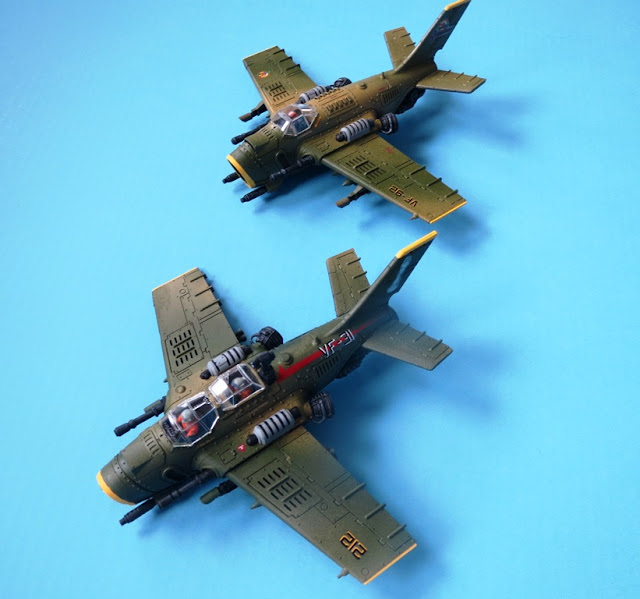 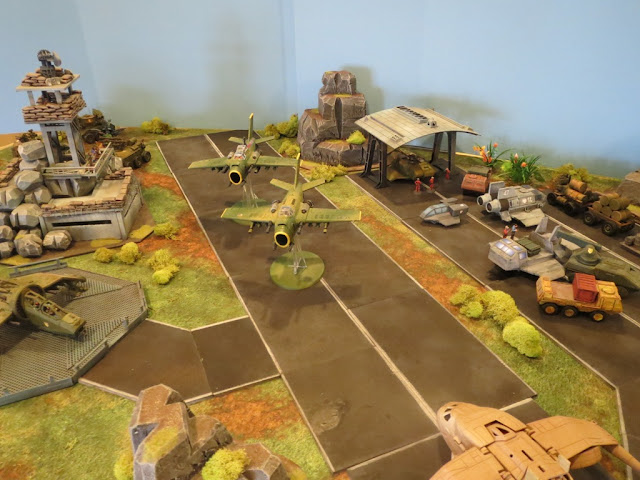 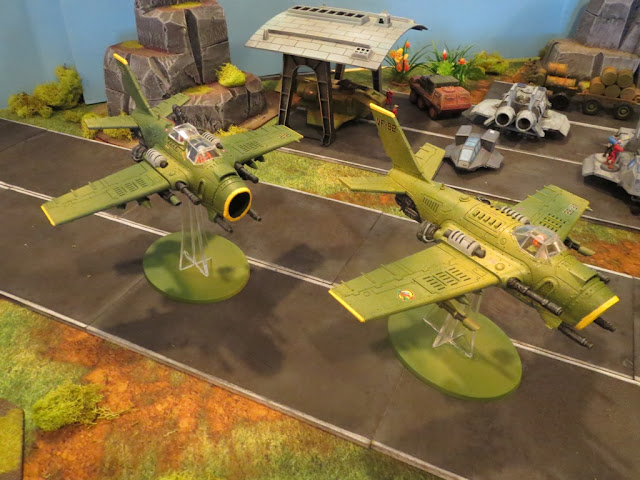 Robert and I will be running an event at Goldmine Games on May28th and revisit the "Bomberz on Da' Sulfur River" scenario, adapted to the new rules!

I would like to welcome our new reader:
The Responsible One
Welcome aboard!