SITREP
After escaping the from the surface of Masuela (see previous episode: HERE), crew members of the KCS Mary Shelley are on board transports escorted by fighters. They are attempting to make rendezvous with the Shelley. However, the Reich has dispatched fighters to hunt the transports and destroy them. 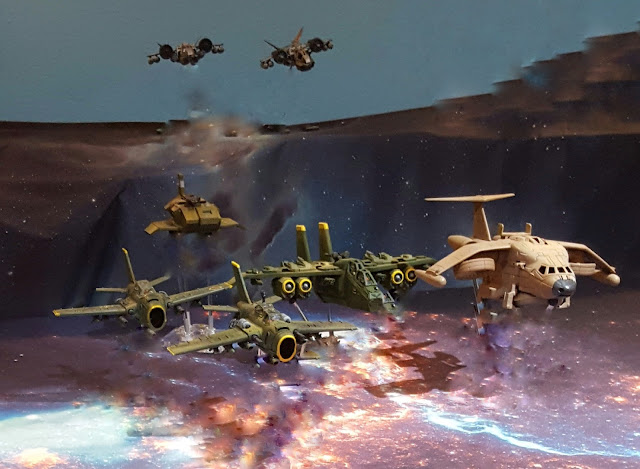 Colores Transports and Fighters in formation with Reich's fighters in pursuit 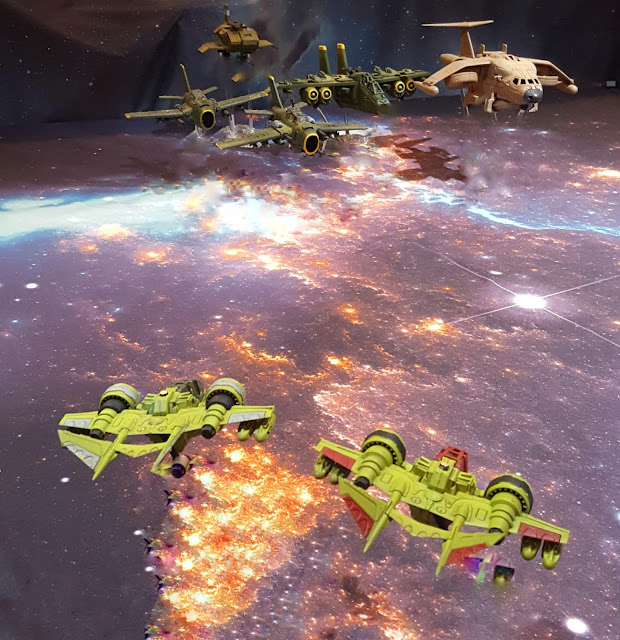 ...with a second squadron approaching from the front to cut off escape 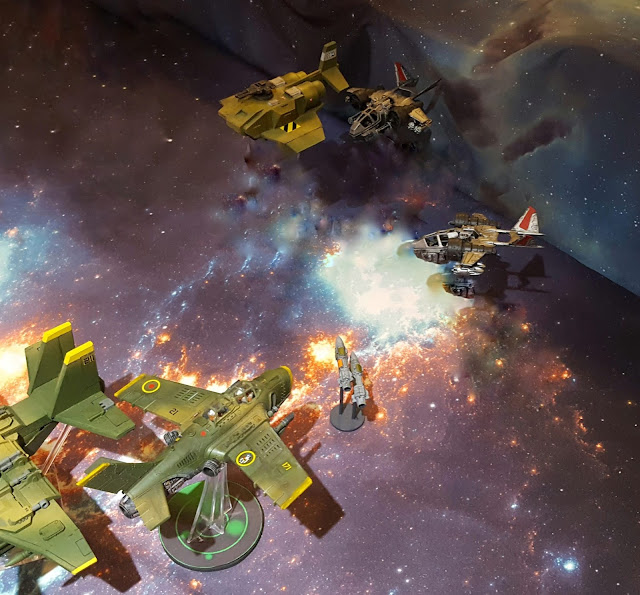 
Meanwhile, on board the KCS Mary Shelley 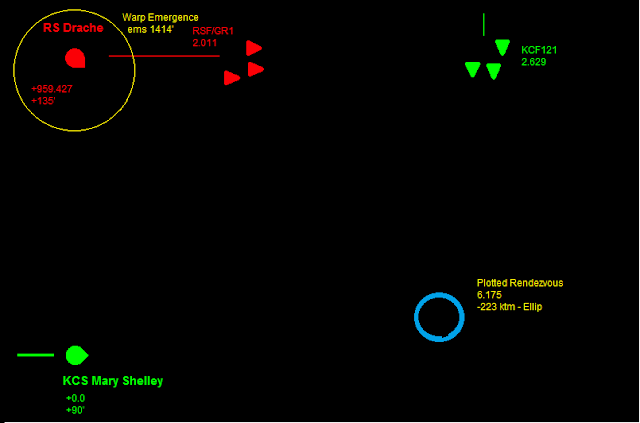 Comm Tech Jones
Captain, we have a Warp Emergence. It's the RS Drache. I've updated the TacPlot...

Captain Thuries
Dammit, they can get between us and the transports. They have the jump on us AGAIN.
Battle Stations, change course by 90. Straight at them!

----------------
Just one more week to go until the "Fight for New Texas" begin in earnest. 7 months of prep!. Everything is built. Rules are written, scenarios loosely laid out... I cannot wait!!!
Labels: Battles givemlead.blogspot.com Voyage to New Texas Voyages of the Mary Shelly