Breaking the Siege of New Cypress

Siege maybe overstating the case, more of an economic blockade really.  In any event, the GovGen has rejected the Trading League of Timtai's demands of territorial and economic concessions and has secured the services of the Darderi Dragons.

Not a big outfit, but crucially equipped with grav tanks.  Also, they agreed to a short contract involving offensive action at a prorated rate.  Just what the situation needed.

Below is a Darderi tank waiting under cover before the order to advance. 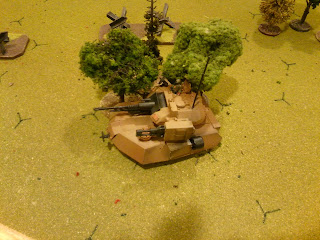 The attack was supported by elements of the US Marines 1st Star Infantry. 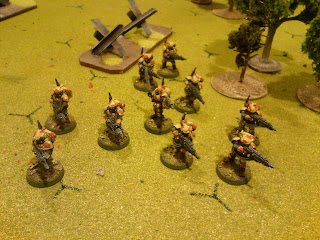 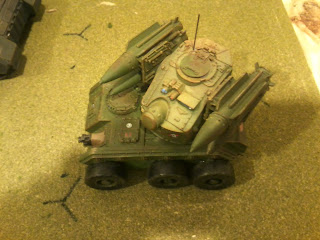 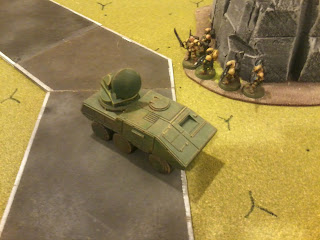 The Trading League of Timtai is a Rhodian backed colony. Most of their equipment is third line refurbished from the Rhodani Star Nation. It is more advanced than what native Earthling forces can bring to the battlefield, but that is not saying much.  This level of equipment is very commonly found among the petty colony/states in Sector Six.

The battle opened with the Darderi tanks striking across the open fields on the right. 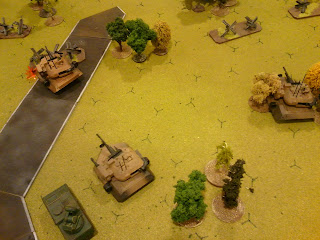 and the Marines advancing through the dense elevations on the left 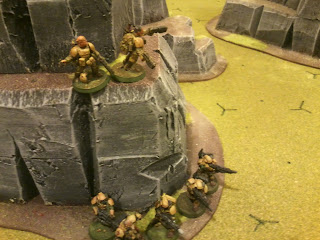 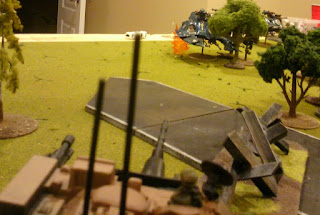 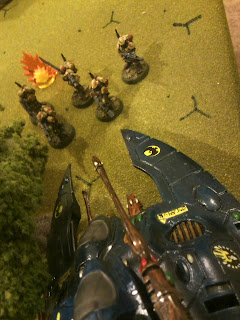 Lt. Johnson of the Marines leads the way 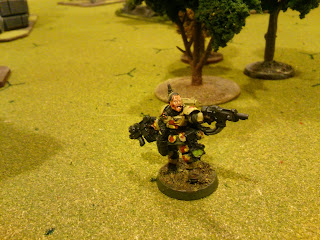 Darderi tanks reform for the pursuit 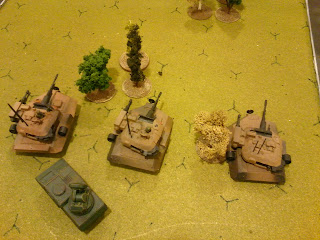 It was a glorious victory for the Kingdom of Colores and her US allies.  Thanks in a large part to the Darderi, the enemy was put to flight and the "siege" was over.  Royal forces are in pursuit and are expected to be on the border of League territory within a few days.  No word yet on whether there will be a general truce or the conflict will continue.