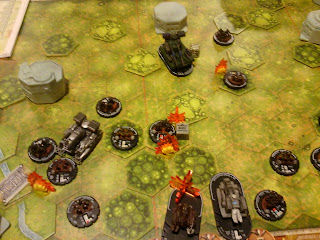 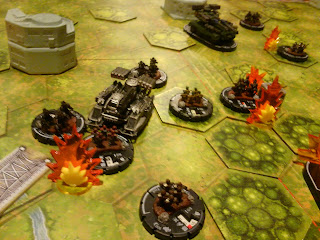 As the family is in the middle of a house move, the main table was unavailable.  So the M44 board and some old MechWarrior models got a workout.  The Governor General attempted to push out from one of his hard pressed settlements and drive Imperial forces back.  In the end, the attack failed and New Cypress remains under siege.